The Columbia 400/Cessna 400 Corvalis TT is a fixed-gear, low-wing, general aviation (GA) airplane made of composite materials and equipped with a “glass” cockpit and a turbocharged piston engine. The 400 evolved from the normally-aspirated Columbia 300, which was derived from the Lancair ES homebuilt plane.

From the mid-1980s to the mid-1990s, multi-million-dollar lawsuit judgments against GA manufacturers prompted them to restrict their efforts to only developing new business aircraft. As a consequence, the demand for homebuilt airplanes greatly increased.

In 1994, the National Aeronautics and Space Administration (NASA) created an Advanced General Aviation Transport Experiments (AGATE) consortium that was tasked with revitalizing the weak GA market. NASA used a Lancair ES – an unpressurized Lancair IV – for AGATE research. The Lancair IV was a high-performance, single-engine airplane that set multiple records for its class.

A new Lancair company, Pacific Aviation Composites USA, was established in Redmond, Oregon in April of 1995 and subsequently renamed Lancair Certified (LC). In 2005, LC became the Columbia Aircraft Manufacturing Corporation, which was bought by the Cessna Aircraft Company in November 2007.

After completing the corporate acquisition, Cessna announced that the Columbia 350 and 400 would be renamed the Cessna 350 Corvalis and Cessna 400 Corvalis TT; or twin turbo. In 2009, Cessna then moved production of the two models from Columbia’s Oregon plant to its facility in Independence, Kansas.

Options for the Columbia 400/Cessna 400 Corvalis TT included speed brakes and an ice protection system called E-Vade which involved the use of electrically-heated graphite foil panels on the leading edges of the wings and tail. Early 400s had a Garmin 430 navigator/communications unit tied into an Avidyne pilot flight display, or PFD. A Garmin G1000 avionics suite was installed in later models. The airplane also has a built-in oxygen system. 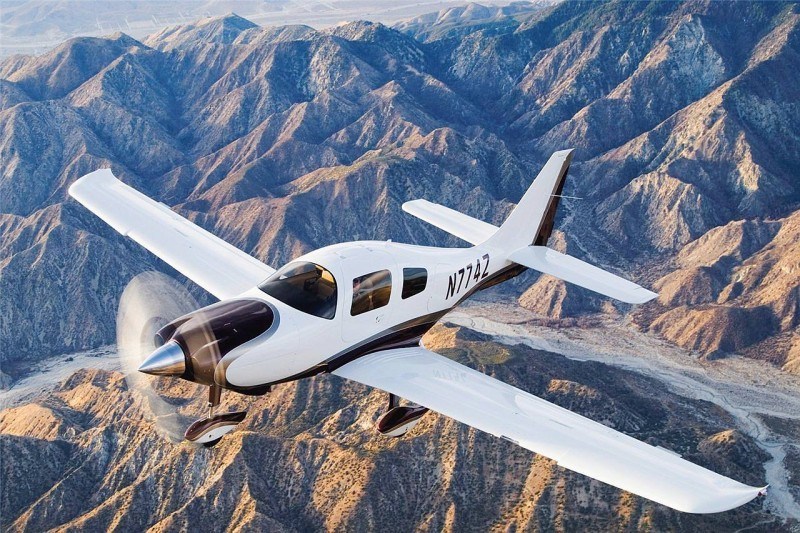