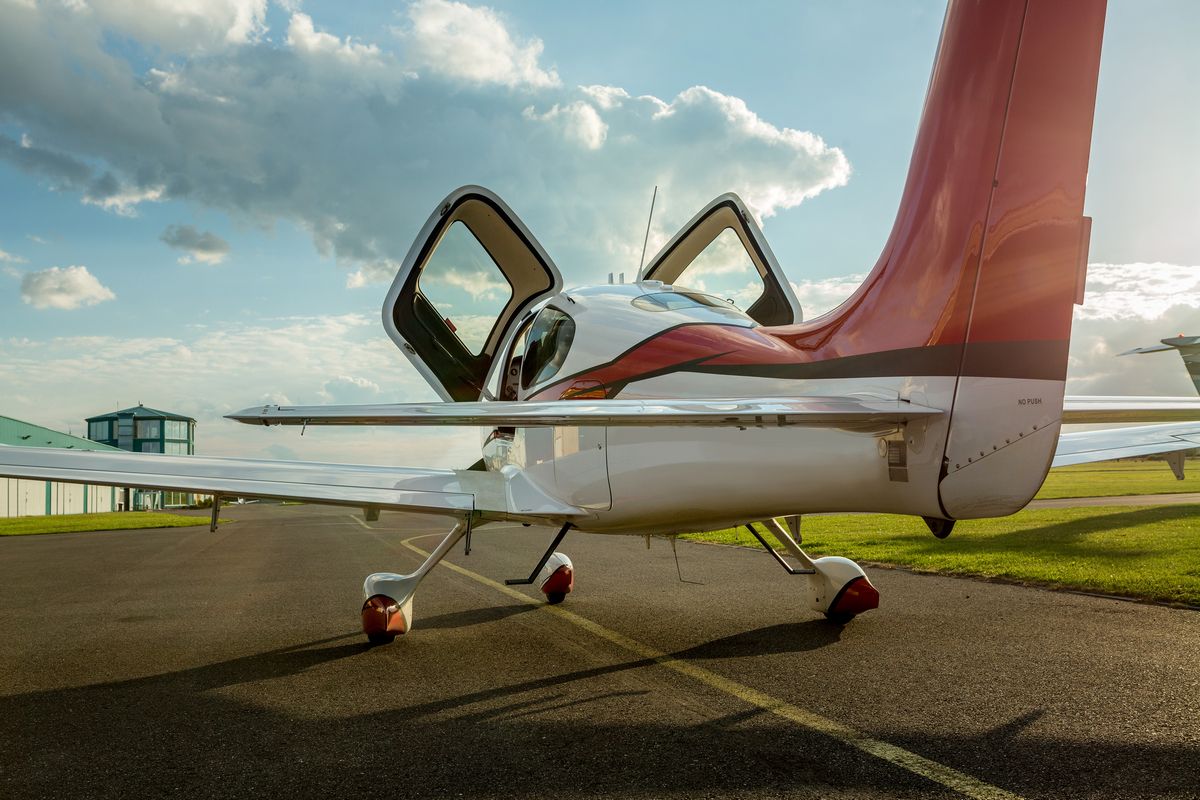 When it comes to high altitude, i.e., turbo or supercharged engines, there are a lot of misconceptions. The vast majority of general aviation piston engines are normally aspirated, resulting in a good amount of flight instructors, commercial pilots, and private pilots alike that do not have any practical experience working with forced induction systems. That having been said, before diving headfirst into the world of high output engines, it is important for pilots to understand the nuances behind their operation. So what is the difference between turbocharging and supercharging and what are their respective roles in modern-day general aviation? Let’s start with some similarities.

Both turbochargers and superchargers rely on Boyle’s Law, a simple principle developed more than 350 years ago, that has helped shape how we identify and quantify the relationship between pressure and volume. Boyle’s law states that the pressure of a gas is inversely proportional to the volume in which it is contained. As volume decreases, the pressure of the gas increases and vice versa. Turbochargers and superchargers, albeit in different ways, both give pilots the ability to increase the pressure of the air prior to combustion via a compressor. The more air we can force into our engine at any given moment, the more fuel we can combine it with and the more power that can be generated. That is why both turbochargers and superchargers fall under the wider umbrella of forced induction systems. This process allows these mechanisms to easily surpass the normal performance characteristics of an aircraft with a normal engine.

When it comes to normally aspirated engines, the density and pressure of the air play a crucial role in determining how far your engine will stray from its rated horsepower at sea level. Air pressure typically decreases at a rate of 1” Hg per 1,000 feet of elevation gain. In other words, the higher you fly, the thinner the air entering the intake manifold of the engine will be. This phenomenon, known as the standard pressure lapse rate, explains why a pilot may see his or her engine’s manifold pressure slowly decrease, even at full power, during a steady climb to cruising altitude. At an aircraft’s service ceiling, the manifold pressure in the engine drops to a point where a normal climb is no longer feasible. Normally aspirated engines are entirely reliant on ambient air pressure to turn the crankshaft and generate thrust. Compression, the key component to high-altitude engines, gives piston aircraft engines the ability to counteract the effect lower air pressure has on performance.

How does a Turbocharged Aircraft Engine Work?

A turbocharger relies on a turbine wheel, powered by re-routed hot exhaust gases, to drive an impeller that collects and compresses ambient air. As evidenced by Boyle’s Law, when air is compressed, its molecules are forced closer to one another which subsequently increases the pressure and temperature of the entire air mass. After compression, the air is delivered to the intake manifold of the engine where it can be utilized for combustion inside each cylinder. According to the Pilot’s Handbook of Aeronautical Knowledge, a turbocharger allows an engine to produce sea level rated horsepower all the way up to the engine’s critical altitude, the maximum altitude at which a turbocharged engine can produce its rated horsepower. Until the critical altitude is exceeded, the engine has a fresh supply of dense air that normally can only be found at the surface.

The waste gate component of a turbocharger controls the amount of exhaust gas that travels to the turbine. The waste gate, which is typically actuated by oil pressure, is more open at lower altitudes and only allows a small amount of exhaust gas through to the turbine to maintain manifold pressure. At the critical altitude, the waste gate is entirely closed as to guide the entirety of the exhaust through to the turbine to help the impeller process as much air as possible. Any further increase in altitude will result in a gradual loss in manifold pressure and a notable decrease in performance. For reference, cirrusaircraft.com states that the 2020 Cirrus SR-22T has a critical altitude of 19,000 feet and a maximum operating altitude of 25,000 feet, compared to the service ceiling of 17,500 feet for Cirrus’ 2020 SR-22, which is not equipped with an altitude engine. So in theory, you should not see a decrease in engine performance in the SR-22T until passing 19,000 feet.

What’s the difference between a Turbocharger and Supercharger?

Like turbochargers, superchargers utilize the delivery of compressed air to the engine’s intake manifold to generate sea level power, but there are a few key differences between how the two accomplish this. The compressor of a supercharger is engine-driven and connected to the crankshaft with a gear or belt. This connection allows compression to take place in a supercharged engine without using a turbine. One of the major disadvantages to superchargers is the exorbitant amount of the engine’s energy output that is used to operate this branch of forced induction systems. Whereas a turbocharger makes use of the energy from exhaust gases that must be vented overboard anyway, a supercharger uses the power of the engine itself to bring in compressed air and maintain manifold pressure. Having reached their peak popularity in the early 1940’s during World War 2, superchargers have largely fallen out of favor of the general aviation community due to the accessory’s inherent inefficiency and the accompanying increased fuel burn.

Due to the rising demand for piston engines with high altitude capabilities, acquiring and operating a turbocharged or supercharged engine has never been easier. There is a plethora of aircraft manufacturers around the world that manufacture and sell turbocharged models straight from the factory, including Cirrus, Cessna, Piper, and Diamond. On the other hand, superchargers typically need to be purchased and installed with the help of a third-party. Forced Aeromotive Technologies, a well renowned manufacturer of supercharging systems for piston aircraft engines, lists the price of a supercharger to range from approximately $21,000-$39,000.

Do I need a Turbocharged Piston Aircraft?

In order to understand whether a high-altitude engine could be beneficial to you as a pilot or aircraft owner, it is important to understand what they bring to the table. In short, turbochargers and superchargers are designed to induce increased performance at higher-than-normal altitudes. Not only does true airspeed increase about 2% for each 1,000 feet of increase in altitude, but winds at altitude are often higher than those closer to the surface. Catching better tailwinds at higher altitudes in an aircraft that just feels like it has that “X factor” in terms of performance can result in quicker flights and happier passengers and pilots. If you fly out of high density altitude areas like Centennial Airport (KAPA) in Colorado, where density altitude routinely exceeds 10,000 feet in the heat of the summer, a turbocharged or supercharged engine might be a necessity to even leave the pavement. Even for pilots far away from the topography of the Rockies, high altitude engines can be beneficial for many reasons. So before investing in a high-altitude engine, it is crucial to consider the tangible benefits it may bring to you and compare that to its price tag. If you are able to make that leap of faith, make sure you receive an adequate amount of training with an experienced flight instructor and stay up-to-date on best practices when it comes to preventative care and maintenance. As soon as you are able to take advantage of opportunities only possible with the outstanding performance specifications of these engines, you’ll never look back. 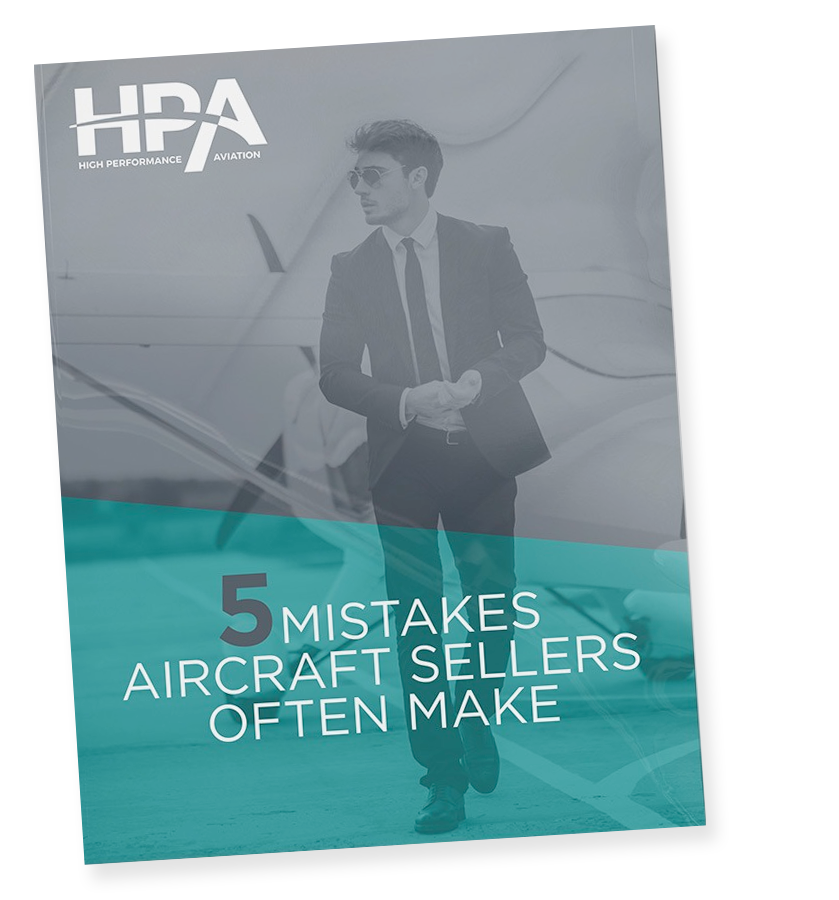