IFR Current Pilots, How “Current” Are You Really?

IFR Current Pilots, How “Current” Are You Really?

Instrument Flight Rules (IFR) is a set of regulations that dictate how aircraft are to be operated when the pilot is unable to navigate using visual references under Visual Flight Rules (VFR). In order for a pilot to be able to conduct operations in IFR conditions, they must be current in IFR procedures. According to 14CFR Part 61.57 c: “Within 6 calendar months preceding the month of flight, the pilot must have performed and logged at least the following tasks and iterations in an aircraft, or flight training device that represents the category of aircraft for the instrument rating privileges to be maintained and involves having performed the following-

With all that is required, the question still remains, how current are pilots really in regards to flying in instrument conditions?

For anyone who has done any simulated instrument training under a hood-training device in an aircraft or even a flight simulator device, it is safe to say that spatial disorientation have affected him or her at least one time or another. The most common illusion experienced is called “The Leans”. This phenomenon is basically an illusion of being in a bank angle when actually in a straight and level position. If the pilot notices the bank on the instruments, and abruptly returns to straight and level flight, there will be the misperception that the aircraft is banked in the opposite direction. The pilot resolves this situation by leaning in the opposite direction, and flying the aircraft in that way (Av Med, n.d.). Any pilot can be susceptible to spatial disorientation, no matter how many hours they have logged. The difference is the training and knowledge that a pilot has that can determine what the outcome will be. When the pilot relies on their instruments and ignores what their body is telling them, they can safely adjust whatever disorientation they may be fighting. However, that does not always happen and this is when a pilot can get in to trouble. It is easy to become overwhelmed by all that is occurring in the aircraft, from approach plates, radio calls to just staying on top of the instrument scan.

Recurrent training, and keeping up with one’s currency is important in aviation in general, but instrument currency plays a very important role in the safety of a flight when operating under IFR. With the advancements in satellite navigation, instrument flight is becoming more technology savvy, yet there are always changes occurring. With the constant changes comes the need for pilots to be aware and ahead of the game. Some of the things pilots need to keep up on is knowing what approaches are available for their route of flight, what their aircraft is capable of, and know it before they decide take off. When filing a flight plan under IFR, there is a good chance that the flight plan can be changed based on weather, traffic, and routing situations. So, although the pilot may think they know the route they are headed, they may be given a new one when sitting on the ramp just prior to takeoff. They have to be able to change their plans at a moment’s notice. Pilots are in constant communication with controllers and they have to trust the changes in vectors and assignments they are being given. 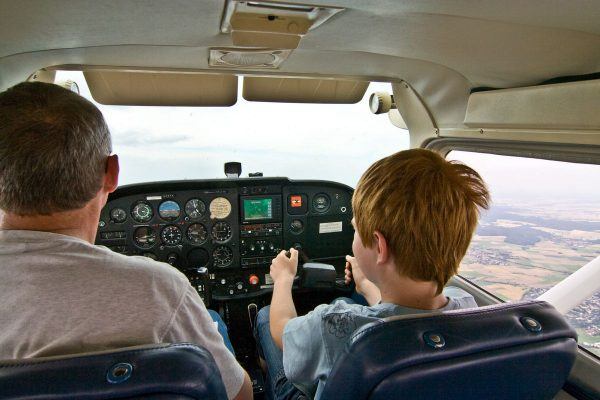 A newly instrument rated pilot, who is considered current, may not be up to the challenge of a flight in Instrument Meteorological Conditions (IMC) even if they have flown their 6 approaches more recently than a seasoned pilot. Weather conditions can change rapidly and unexpectedly. Many of the accidents that are reported by the National Transportation Safety Board (NTSB) are flights that started under VFR conditions and resulted in mistakes made in IMC. A less than prepared pilot who is instrument rated, may find themselves in IMC conditions and feel they are adequately trained for the situation. If they are not, this can become the point of no return, when the danger kicks in. According to an article written on VFR-into-IMC accidents, when accident pilots inadvertently enter cloud, they either fly under controlled flight into terrain (CFIT) or experience spatial disorientation and lose control of the aircraft resulting in an unrecoverable unusual flight attitude (e.g., spin or graveyard spiral) or inflight structural failure (Wilson, D.R. & Sloan, T.A., 203). Studies conducted at the University of Illinois indicate that for the pilot who does not have adequate instrument flight training, the average time from cloud entry to loss of control or ground impact is 178 seconds (Wilson, D.R. & Sloan, T.A., 2003). 178 seconds is not long, but it is plenty of time to get into a dangerous situation that one cannot get out of. Knowing this, it is even more important to stay up to date on instrument procedures, as well as information of approaches along the route, any advisories and changing weather conditions. 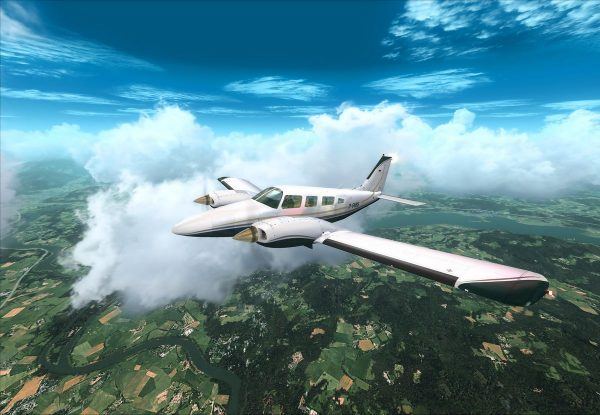 Even if a pilot can be legally considered “current”, it is a good idea to really look at and assess the conditions before taking off. What is the weather along the route? Could the weather change for the worse? What are the alternate airport choices and is the plane equipped with the necessary equipment for the approaches at all airports of possibility? All of these are good questions to ponder before ever taking off into inclement weather. How recently someone has flown can effect how comfortable they are once the weather conditions decrease and the stress load begins to increase. Ego or “get-there-itis” should never play a role when deciding to fly in conditions that may not be the most safe. Every pilot’s level of “current” and comfort will differ based on experience so it is up to each individual pilot to make that go or no-go decision. Safety should always be priority number one and every decision after that should fall in line.

Jennifer Payne is a technical article writer with experience in flight instruction. She has a bachelor’s degree from Spartan College of Aeronautics and a Master of Science degree from Embry-Riddle Aeronautical University.