A Peek into the Future; Large UAS in the National Airspace System

A Peek into the Future; Large UAS in the National Airspace System

The advent of drones in our national, local or even personal airspace is a much-covered topic. We’ve seen stories about drones delivering packages, monitoring traffic, searching for missing persons, etc. For the most part, these operations fall under the governance of the FAA’s Small UAS (Unmanned Aircraft Systems) rule, which applies to drones flying at or below an altitude of 400 feet, and weighing 55 pounds or less. But the future holds more in store for UAS operations. In the not-too-distant future, there will be much larger UAS sharing the skies with you, flying around with no one aboard at your altitude, landing at your airport, and even making instrument approaches. How big? Global Hawk-size, for example – 44 feet long, gross weight of over 25,000 pounds. 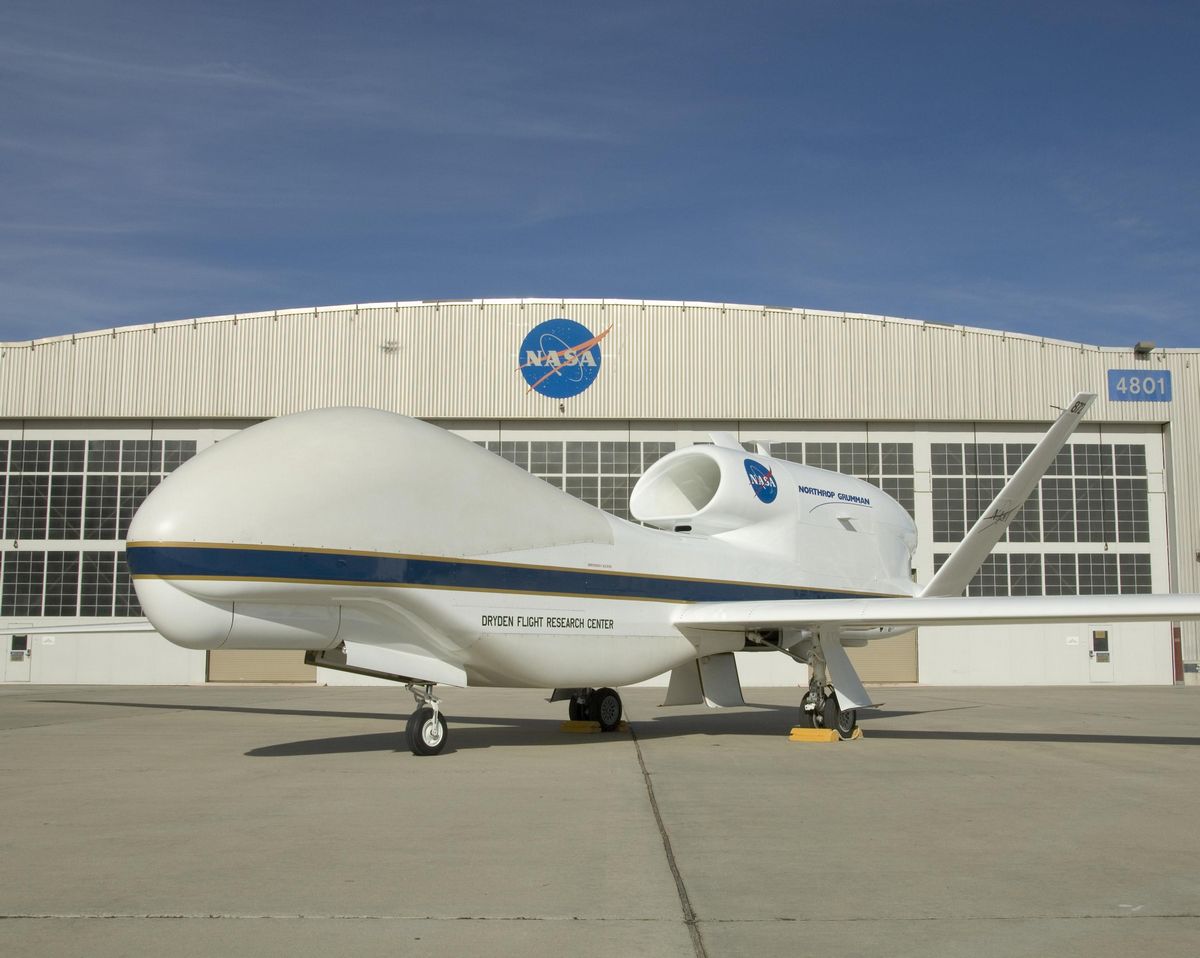 Welcome to the world of RTCA Special Committee-228. The FAA has tasked this little-publicized group with developing the standards for the equipment larger UAS must use to “file and fly” in all but Class B airspace. You may not realize it, but the Radio Technical Commission for Aeronautics (RTCA) has been drafting standards for aircraft equipment since 1935. Probably all the avionics in your aircraft have been certified to FAA Technical Standard Orders (TSOs), and the FAA often gets its guidance from RTCA documents called MOPS (Minimum Operational Performance Standards). The equipment being specified by SC-228 will perform various functions unique to UAS operations. This article describes the concepts and equipment required for UAS to “Detect and Avoid” other aircraft in the National Airspace System (NAS).

Figure 2 Airspace Classifications in the NAS

What is Detect and Avoid?

Let’s face it – sharing the skies with large UAS is mostly about NOT having a mid-air with them. FARs require pilots to see and avoid other aircraft when weather conditions permit. UAS can’t “see”, but the FAA is not about to waive these regulations for the sake of UAS integration into the NAS. Thus, when applied to UAS, which substitute surveillance sensors for human eyesight, the FAA requirement is called Detect and Avoid (DAA). DAA is defined as “the capability of a UAS to remain ‘well clear’ from and avoid collisions with other airborne traffic.”

What Does Well Clear Mean?

Excellent question, and the FAA doesn’t really define it. Just missing each other (“swapping paint” in the vernacular) is obviously not good enough. Built-in margins for safety and error must be established. Stakeholders in the NAS (manned aircraft pilots, UAS pilots, air traffic controllers) need input as well. The definition is more complicated than you might think, because it must include all the parameters necessary to implement an automated DAA system. That’s what goes into a MOPS, and the aeronautical research community pitches in to help.

It is difficult to sum up this research in a few words. Suffice it to say that there have been many meticulously designed experiments, each contributing a vital piece of the puzzle that will eventually be put together to define DAA well clear.

I was part of a team of NASA engineers and contractors tasked with collecting NAS stakeholder input. The team created sophisticated simulations that immersed subjects in real-world scenarios where manned aircraft and UAS were operating together. (Texans might be interested to know that the DFW Class B and its surrounding airspace were used for one such scenario.) Actual controllers and pilots manned the simulator stations, communicating over realistic approach “frequencies.” In each experiment, several pre-planned encounters occurred between manned aircraft and UAS. The UAS pilots were required to maneuver to avoid the manned aircraft (more on how they did this shortly) while experimenters twiddled the dials that determined how close the aircraft got to each other. In addition to recording objective data, experimenters collected reactions from the subjects about their comfort level with the UAS encounters on a Goldilocks-like scale – too close, too far, or just right. 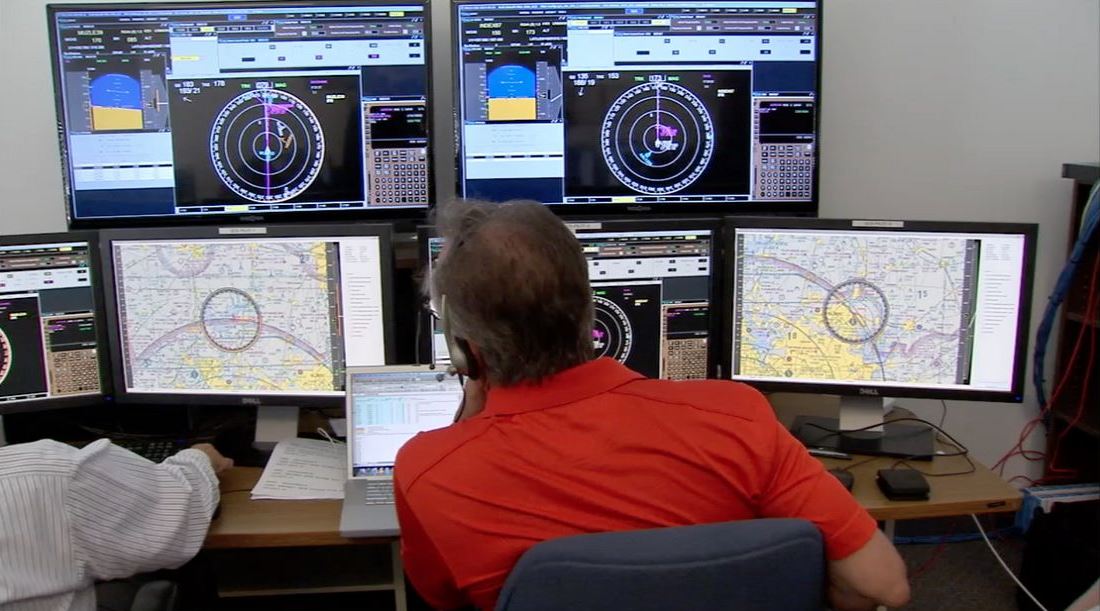 UAS are necessarily equipped with sensors to detect other aircraft (remember, no eyes up there). This sensor information is relayed to the ground in real-time and analyzed for other aircraft that represent a potential collision threat, also known as intruder aircraft. In an ADS-B environment, the trajectory (intended flight path) of the intruder is part of the information transmitted, and can be factored into the threat analysis.

The software that makes DAA happen runs in the station the UAS pilot “flies” with, called the ground control station. DAA algorithms have existed for years in the research world; NASA has been working on them since 2001. These algorithms not only detect threats, but also provide suggested guidance to assist the UAS pilot in performing any necessary avoidance maneuvers.

A sighted pilot, faced with staying well clear of a converging intruder, would change heading, altitude, airspeed, or a combination of all three. For DAA, the preferred method is to show the UAS pilot “maneuver bands.” These are bands that are overlaid on the primary flight display, and they show headings, altitudes, and/or vertical speeds that will cause the UAS to converge with one or more identified intruders. The bands advise that these trajectories are temporarily off limits, but by flying outside the maneuver bands, the UAS will remain well clear of the intruder(s).

The clip below is an excerpt from a NASA video. It shows an example of a maneuver band displayed during a simulated encounter between a UAS (DOJO56) and an intruder (N2079W); in this case, an overtaking encounter. In this fast-motion vignette, notice the orange band intersecting the UAS track on the compass rose – this is a maneuver band. To maintain well clear, the UAS pilot flies a heading that is outside the maneuver band. As the UAS pilot pulls abeam and then ahead of the intruder, notice how the maneuver band changes to reflect the changing geometry of the encounter, until it finally disappears. This is the DAA algorithm in action.

Don’t be fooled by the apparent simplicity of this demonstration. Behind the bands and symbols shown in this clip are a complex combination of mathematics, aeronautics, NAS operational experience, and even FAA policy. I have hundreds of hours flying this DAA prototype on a simulator, and can say that it is intuitively easy to understand and provides ample warning to the UAS pilot of the impending threat. Flight tests are being performed with NASA’s “Ikhana” Predator-B UAS to verify the DAA system in real-world situations. 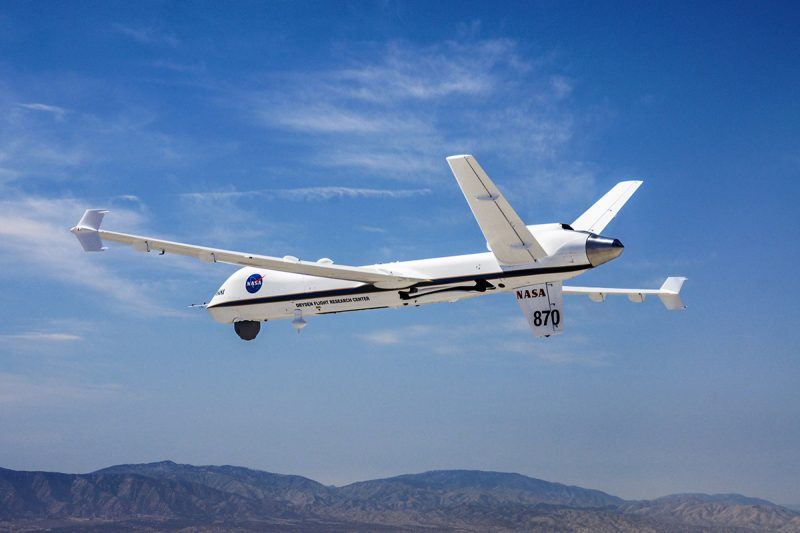 How Close Will UAS Come to Manned Aircraft?

The closest point of approach (CPA) between UAS and any other aircraft is part of the DAA well clear definition. The research shows that there’s a tightrope to be walked here; make the CPA too large and it can disrupt other traffic sharing the airspace; too small and NOBODY likes it.

The current recommendation – 4000 feet horizontal and 450 feet vertical – is as close as UAS can get to be considered well clear. However, you won’t ever see a Global Hawk bearing down on you at that distance, because there are timing mechanisms built into the well clear definition that require the UAS to be turning away at least 35 seconds before that happens. You might get a good look at that ‘Hawk passing overhead or abeam of you, but if its pilot followed the DAA guidance, the collision threat has already been managed, safely.

It should be noted that the above applies only to UAS; we still get to use our eyes and judgment to remain well clear of other aircraft (no DAA systems required!)

A Brief Commercial for ADS-B

If UAS were to violate these well clear parameters, it might be due to sensor uncertainty. This is the variability in determining the exact position of an intruder using onboard UAS equipment. Sensor accuracy is the latest piece of the DAA puzzle to fall, and to address it, the MOPS says UAS must carry a combination of sensors including radar, TCAS and ADS-B.

Speaking of which, if you are looking for additional motivation to equip, you should know that aircraft transmitting their position via either the 1090ES or UAT versions of ADS-B provide the most accurate position information for advanced concepts such as DAA. (Global Hawks knowing exactly where you are is a good thing, right?) As the FAA deploys NEXTGEN, its grand plan for modernizing the NAS, ADS-B plays a similarly crucial role in many concepts that will increase both the capacity and safety of the airspace for ALL users.