The International Civil Aviation Organization (ICAO) defines aircraft Loss of Control as: “Loss of aircraft control while in flight.” Loss of Control (LOC) related accidents are the leading cause of all General and Commercial aviation accidents in the United States, which has prompted the National Transportation Safety Board (NTSB) to add Loss of Control accidents to their “Most Wanted” list, four years in a row now. The Safety Board notes that between the years of 2008-2014, 47% of all General Aviation (GA) fixed-wing aircraft accidents were attributed to LOC, claiming a total of 1,210 lives. 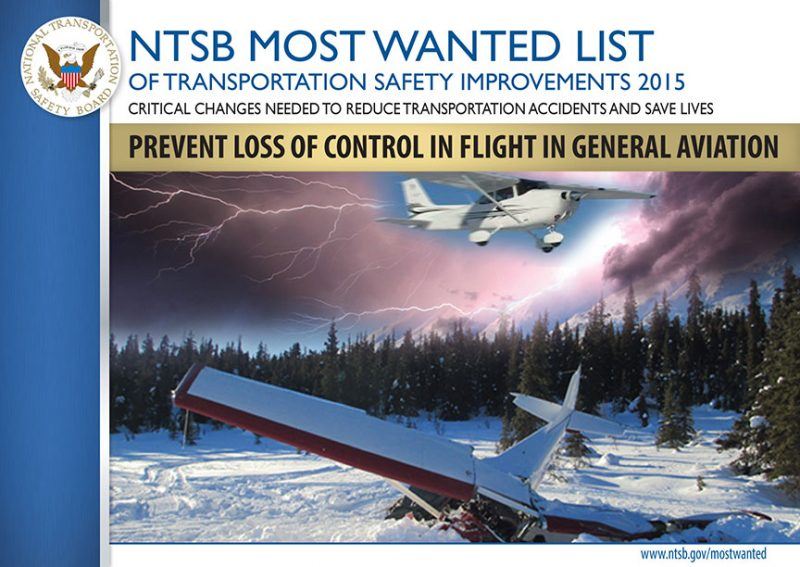 In October of 2015, the NTSB held a special conference addressing the problem of LOC in General Aviation. Per recently released studies, the most common causes for these types of accidents are pilot inattention due to workload, distraction or complacency, as well as a general misunderstanding that a stall is only related to airspeed, when in fact, exceeding a wing’s angle-of-attack (AOA) will also produce an aerodynamic stall and/or unusual attitude. This is especially critical during low-altitude maneuvering (traffic pattern, takeoff and landing) where altitude is at a premium and there may not be enough time and/or altitude to recover from a stall.

The NTSB proposed pilots equip their aircraft with AOA indicators to aid in increasing situational awareness during high-workload environments (high traffic airspace, adverse weather, etc.). This should be combined with increasing pilot training to ensure pilots fully understand aerodynamic stall characteristics and how to react to them, as well as how to recover from unusual attitudes, AOA concepts, and how aspects such as maneuvering loads, weight and balance, and turbulence can all affect the stall characteristics of an aircraft. 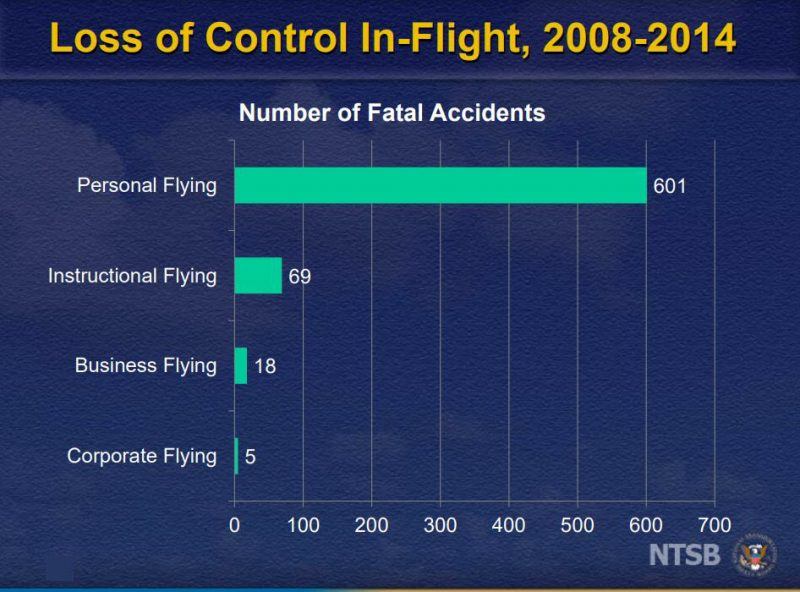 On November 5, 2013, a private pilot and Certified Flight Instructor (CFI) planned a flight from Centennial Airport (APA) in Denver, CO enroute to a Wisconsin Aviation FBO, filed with the Flight Service Station under Instrument Flight Rules and some actual Instrument Meteorological Conditions. The pilots were operating a Piper PA-32R-301 (N408DM) that was being used as part of the Pilot Mentor Program. The pilots of this aircraft lost control of their aircraft and ended up fatally injuring both occupants.

An investigation into the accident revealed the pilots had left APA at approximately 1500 hours local time direct to Kirksville Regional Airport (IRK) in Kirksville, MO to refuel. While enroute, the pilots were in constant contact with the Kansas City Air Route Traffic Control Center (ARTCC). As the pilots neared IRK, ARTCC cleared to pilots for the RNAV GPS instrument approach for runway 18. ARTCC radioed again to advise the pilots to switch to the common traffic advisory frequency (IRK CTAF), and to advise their intentions to other aircraft operating in the traffic pattern of the airport. Personnel at IRK recalled hearing the pilots’ report they were approximately seven miles from the airport on an RNAV approach for runway 18. After announcing their position five miles from the airport, personnel relayed current wind and altimeter settings. Although the pilots did not read back the wind and altimeter settings, the mic being cued several times to activate the runway lighting was heard. After a while, personnel noted that the aircraft had not arrived, and several attempts were made to contact the pilots for an estimated time of arrival, but did not get a response. The Flight Service Station soon thereafter contacted the airport to inquire about the still-open flight plan, and local authorities were dispatched to perform a search and rescue mission to try and locate the downed aircraft. The search continued for nearly two hours before finally locating the downed aircraft approximately four miles north, northeast of IRK in a densely wooded area. A witness on the ground reported to investigators he had heard an airplane flying over his home at approximately 1900 hours’ local time, before hearing a very loud noise. He states that the engine sounded normal at the time. 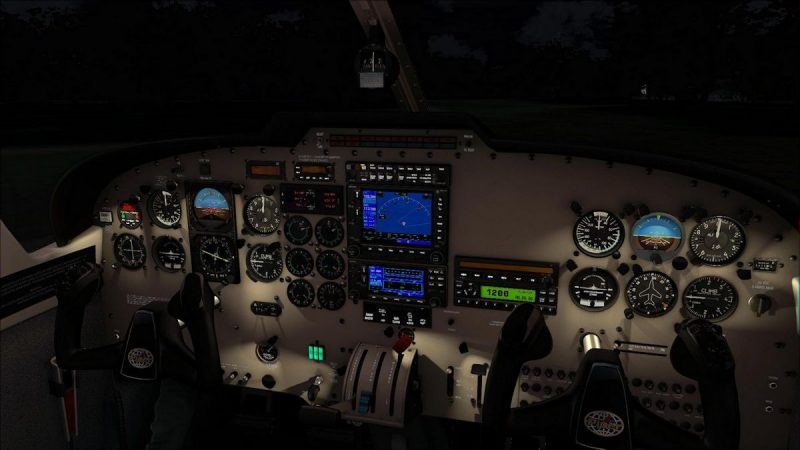 The aircraft wreckage came to rest approximately 0.4nm east of the last radar contact and indicated the pilots had performed a left turn opposite of the inbound course on a very steep descent, most likely due to spatial disorientation. Investigators determined the aircraft initially struck several trees on the side of a hill in a nose-up attitude before continuing over the crest, and finally coming to rest on the other side. Weather conditions at that time were nighttime Instrument Meteorology Conditions (IMC) and most likely contributed to spatial disorientation and the subsequent left turn on an outbound course, as well as the steep descent. The coroner performed autopsies on both pilots and determined the CFI had advanced coronary artery disease which was a result of a heart attack 17 years prior. Dextromethorphan (cough suppressant) as well as Metoprolol (Beta-Blocker) was detected in blood and urine, as well as its metabolite, Dextrorphan, which was also found in both the blood and urine. The private pilot’s autopsy revealed Diphenhydramine in his blood and urine. Diphenhydramine is an antihistamine which causes sedating effects, and is available in over-the-counter cold and allergy medicines. It is unclear if the CFI’s coronary artery disease or the private-pilot being under the sedating effects of Diphenhydramine were causal factors in the accident.

The most striking difference between private operators versus commercial operators is the amount of training each pilot receives. This training combined with the fact that they are always current in their type of aircraft leads to these pilots being much more competent in responding to any situation that may arise during flight. As private pilots, many cannot afford to perform flight duties on a regular basis, and therefore, skills deteriorate, and operating an aircraft becomes more of a risk. Investment into additional training as well as additions to aircraft instrumentation, such as an AOA meter, synthetic vision systems, and advanced glass-cockpit layouts will also allow the operators far superior situational awareness, ability, and time to recognize an unusual attitude and to recover from it. For more information on Loss of Control in aviation, please visit: http://www.safepilots.org/resource-center/public-documents/avoiding-loss-of-control/