Human Factors in Aviation: Mitigating the Danger of Distraction

Human Factors in Aviation: Mitigating the Danger of Distraction

What is Human Factors? 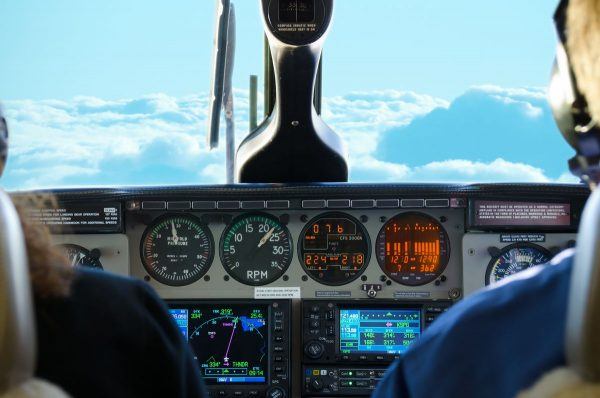 The Federal Aviation Administration (FAA) defines Human Factors (HF) as: “A multidisciplinary effort to generate and compile information about human capabilities and limitations and apply that information to equipment, systems, facilities, procedures, jobs, environments, training, staffing, and personnel management for safe, comfortable, and effective human performance.” Basically, what this means is that HF engineers are trained extensively in human psychology and physiology to understand the abilities and limitations of humans. This knowledge is utilized to predict how humans will interact with different components in what is called the “SHELL” model. This model describes how humans, (liveware) (L), interact with software (S), hardware (H),environment (E), and liveware (L) (other humans). The edges of the individual components in this model are irregular, indicating that each component must be carefully matched to avoid an eventual system breakdown. 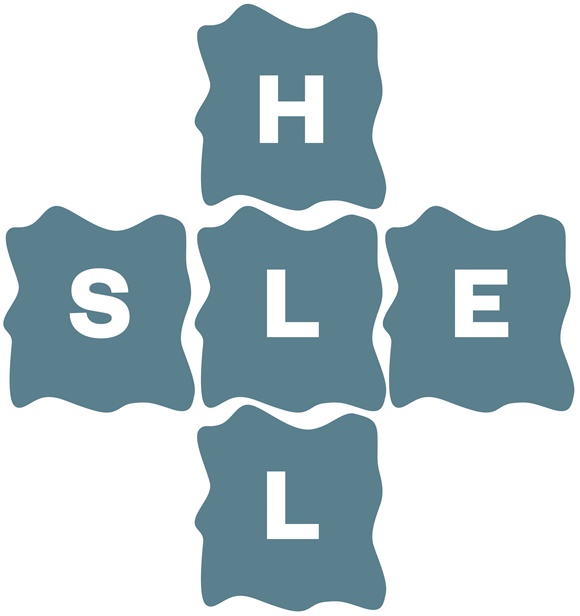 HF is extremely useful in identifying potential hazards in research and development, the work environment, as well as identifying the cause of aviation accidents in a unified effort to increase risk management, safety, and productivity. Although the study of HF is a relatively new scientific discipline, its acceptance and usefulness has grown exponentially in recent years, proving essential for the aviation industry, healthcare industry, and nuclear power industry.

As we are all aware, humans are fallible. Human factors theory calls this Human Error (HE), which can be a slip, lapse, error in judgement or misunderstanding. HE can be mitigated using training, crew resource management (CRM), and the use of computer systems (automation) to improve overall safety and human performance. Human error can be devastating in high-risk environments where the outcome of an HE related accident may cause tragic loss-of-life, as well as significant property loss.

The aviation industry quickly realized the usefulness of utilizing human factors studies to mitigate accidents in the late 1970s after a rash of high-profile aviation accidents took place around the world. Most notable was the Tenerife, Spain accident occurring on March 27, 1977 when two Boeing 747s collided on the runway. The haunting nature of the Tenerife disaster goes well beyond the colossal loss-of-life which subsequently occurred. In fact, neither aircraft was supposed to be at Tenerife that day. An earlier bomb blast in the passenger terminal at Las Palmas de Gran Canaria (Spain) prompted KLM Flight 4805, and Pan American Airlines (PAA) Flight 1736 to divert to their alternate airport, Los Roderos Airport (Tenerife). After landing, both aircraft were required to wait until authorities at Las Palmas could reopen the airport.

Around 1700 local time, Las Palmas reopened and KLM 4805 was advised by ATC to “back track” runway 12 for 30, and perform a 180 degree turn to line up with runway 30. Approximately two minutes later, PAA 1736 was also advised to “back track,” and exit the third taxiway to the left to allow KLM 4805 to depart. Prior to taxiing, a thick layer of fog began to roll in, obstructing visibility of ATC and aircraft operating on the ground. As KLM 4805 reached the end of the runway, they began their 180 degree turn to line up. At the same time, PAA 1736 was approaching the midpoint of the runway, and becoming increasingly unsure of their position on the airport. KLM 4805, now in position on runway 30, radioed ATC that they were “in position and ready.” ATC acknowledged, and provided KLM with departure instructions advising, “standby for takeoff, I will call you.” The crew of KLM 4805 read back their ATC clearance, but were unsure if they had, in fact, received approval for departure. Hastily, the KLM captain pushed the throttles forward, announcing to ATC that they were rolling. Alarmed, PAA 1736 radioed ATC that they were still taxiing on the active runway, but because of another radio transmission (stepped on), their message was never understood.

As KLM 4805 accelerated down the runway, both aircraft slowly became visible to the crews. The crew of PAA 1736 panicked and rushed to get off the runway ahead of the KLM. As KLM 4805 sped through 100 knots, the KLM crew finally saw that PAA 1736 was still on the runway and immediately pulled back hard on the control column to try and get the fully-fueled 747 airborne. Immediately, KLM 4805 began to rotate, striking the tail on the runway just before the plane left the runway. PAA 1736 just began their left turn onto taxiway C-4 as KLM 4805 struck the top of PAA’s fuselage, midway down the aircraft, setting the Boeing 747 on fire, and ripping a huge section of the roof off. KLM 4805 lost control and impacted a half-mile from the PAA 1736 jet, killing all souls on board. Amazingly, some passengers onboard 1736 managed to exit the aircraft before the center fuel tank ruptured and exploded, destroying the aircraft.

The captain of KLM 4805 was Chief of Flight Instruction at KLM, as well as the face of the company. 1977 was prior to the implementation of CRM, and it was common at that time for crews not to second guess or question the captain. Because of this hierarchy, it is thought the flight engineer’s statements to the captain asking if Pan Am was off the runway, went unheard or unheeded, answering with an unintelligible statement.

As with all accidents and incidents, there is never one single causal factor, but rather a chain of events that lead to the moment of impact. The human factors involved, and main contributor in this accident were cited as a deteriorating mental status of the KLM captain due to the organizational stress of delivering the passengers to their final-destination and the deteriorating weather at Tenerife. At the time of the accident, the visibility was approximately 1 km, and deteriorating. The pressure to get the passengers to Las Palmas, along with his status within the company, most likely negatively impacted the captain’s decision making abilities. 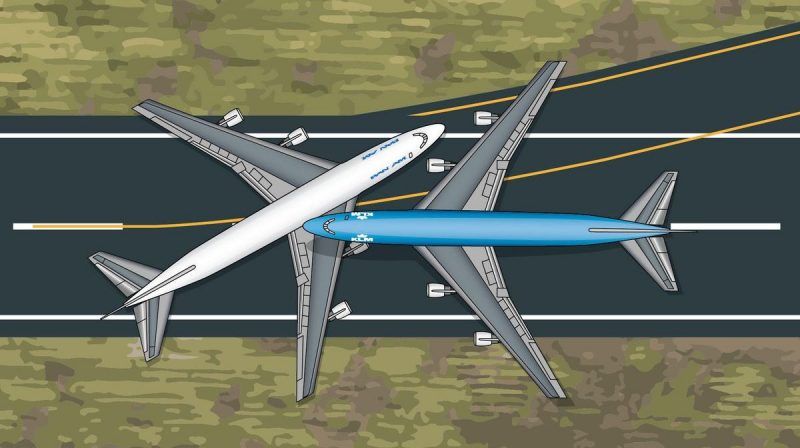 Secondly, the simultaneous radio calls between ATC (“standby for takeoff”) and PAA 1736 (“we are still taxiing down the runway”) significantly affected the message clarity. Communication was further hampered by a hissing sound that lasted about three seconds. Radio interference, along with inadequate language between KLM 4805’s first officer and the controller, caused the captain to mistake the first officer’s readback, and begin the takeoff roll.

Lastly, PAA 1736 neglected to turn onto their assigned taxiway (C-3) and instead began their left turn onto C-4. This may have been a mistaken instruction by the controller, (“turn left on third one”) meaning C-3, regardless, which exit is irrelevant because the crew of PAA 1736 radioed twice that they were still on the runway. However, had PAA 1736 turned onto C-3, they most likely would have avoided the collision. Adding to the confusion, the 1km visibility and the unfamiliarity of the airport, on top of the deteriorated mental status of this crew contributed as well. Furthermore, Los Roderos was unusually busy due to the closing of Las Palmas, and “back taxiing” procedures are not typically authorized due to the increased risk of an incident/accident. 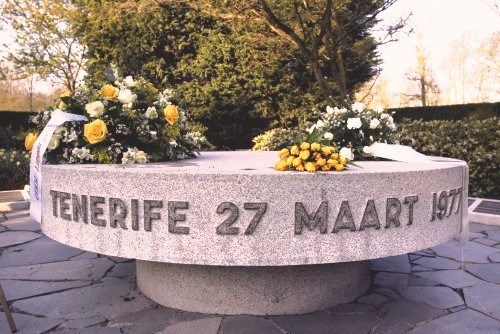 Unfortunately, on that day, 583 people lost their lives to human error. To this day, it is still the single worst commercial aviation accident in history. The occurrence of this tragedy prompted government agencies (NASA, ICAO) to invest in HF programs to mitigate human error and create what we know today as CRM. Had CRM been in place at the time of this accident, the crew would have been much more confident in alerting the captain, and might have prevented the accident. The replacement of an intimidating leader who makes all the decisions is now an open environment where all team members have a say. It is important to note that although the incorporation of HF and CRM were primarily adopted for the commercial aviation industry, these very same practices can be applied to all aspects of aviation, including private pilots (General Aviation), mechanics, air traffic controllers, ground personnel, and flight attendants. Understanding the role human error plays in aviation, no matter what your affiliation may be, will only serve to increase overall safety and performance throughout the industry. If you would like to view the documentary of the Tenerife disaster, it is available on the YouTube video below. For more information on human factors, visit the Human Factors and Ergonomics Society’s website at: www.hfes.org.