ADS-B and the General Aviation Pilot: Too Much Too Soon?

ADS-B and the General Aviation Pilot: Too Much Too Soon?

If you’ve been reading along then you know that we’ve spent the last couple of posts talking about ADS-B, or automatic dependent surveillance – broadcast. As a part of NextGen, or the Next Generation Air Transportation System, the FAA and other agencies are working to move airspace management and surveillance away from radar and toward a satellite-based solution.

ADS-B uses GPS and puts the onus of reporting air and ground location on the aircraft being monitored rather than using radar to detect them. It is more accurate than radar and it maintains that accuracy in the face of weather, obstacles, and distance; three things that have plagued radar since its inception.

Using extra equipment, ADS-B also provides the opportunity for the general aviation pilot to, for the first time, acquire full awareness of all of the aircraft operating in his or her vicinity. Specialized ADS-B In receivers and displays can plot the position of active aircraft and make them just as visible to the pilot of a Cessna 172 as they are to the controller monitoring that airspace.

ADS-B Out, or the ability to send position and flight information to controllers and other aircraft, has been mandated by the FAA to be operational on all aircraft by 2020 and most aircraft owners were excited by the new technology – that is, until they saw the price tag. 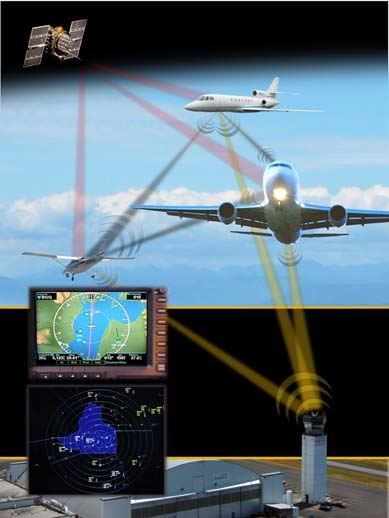 A standard ADS-B Out setup, installed simply to meet the mandate’s minimum requirements, is expected to cost each aircraft owner at least $5,000. Depending on the type of aircraft, that cost could be as much as $11,000. ADS-B In systems, those that receive ADS-B information from other aircraft and display that information in the cockpit, are forecast to run anywhere from $11,000 to $30,000.

This is where the problem starts to take shape. On an aircraft that costs well into six figures, a $5,000 to $7,000 piece of avionics is, relatively speaking, a not-so-significant upgrade. But, for the pilot operating a 50-year old, single-engine, piston driven aircraft that’s worth less than a new BMW 3 series, that same amount represents a considerable percentage of the overall value of the aircraft. These aircraft are slow, operate at low altitudes, and do not generally travel great distances. Do they really need space-age technology installed in order to keep them in the air?

This is the position of the Aircraft Owners and Pilots Association; you know them as AOPA. General aviation’s largest special interest group has come out in fierce opposition to the ADS-B mandate based largely on the cost of the new technology. This is significant – according to the organization’s website, they’ve been pushing for a switch to satellite-based infrastructure for almost 20 years. In their opinion, however, the new system simply does not provide enough of a benefit over existing airspace surveillance infrastructure to warrant the high cost of entry.

Their position is an interesting one. They support the move to satellite-based infrastructure and, overall, support the idea of ADS-B. But it is the high cost of ADS-B systems, especially for the general aviation pilot, that has them opposing this particular vision of that system.

What, then, does AOPA want?

First and foremost, they are lobbying for a more cost-effective solution. Technical changes to ADS-B systems could, in their view, be made that would provide the same level of service while significantly reducing the cost of the hardware. They are also suggesting that handheld units, rather than aircraft-installed systems, could be used to receive data from other ADS-B services; namely traffic, weather, and airspace status notifications. These handheld units would provide many of the benefits of ADS-B information services but without the high cost of actual in-aircraft installation.

It is also AOPA’s view that the 2020 mandate is not necessary. In fact, they believe that no mandate is necessary at all and have suggested that low-altitude aircraft should be given an exemption from the plan as it currently exists. Most general aviation aircraft operate well within the boundaries of what traditional radar is capable of monitoring and would gain no benefit from participating in the ADS-B system. Those places where ADS-B truly shines, namely over large bodies of water like oceans and the Gulf of Mexico, as well as high-altitude jetways and around highly used airports, are either off limits or not usually used by standard general aviation aircraft. These planes pose no risk to the aircraft that do operate at those levels of performance.

These are not the only problems that AOPA has with the ADS-B mandate. The organization believes that there is no real increase offered in collision protection because of the way ADS-B is being implemented. ADS-B uses a dual frequency approach. In AOPA’s view, this approach renders half of the aircraft using ADS-B invisible to the other half unless those aircraft are equipped with dual-frequency receivers; the costs of which are still being determined. The FAA also rejected AOPA’s idea that a satellite-based infrastructure should mean that general aviation aircraft owners can remove their aircraft’s transponders.

So, what, then, is the solution? That remains to be seen. AOPA is in communication with the FAA about its concerns and has proposed a number of changes that would lower the bar to entry for ADS-B, both in terms of cost and equipment. One thing, however, is certain: there are over 80,000 certified aircraft in the United States worth less than $40,000. The owners of those aircraft are likely watching these developments very closely.