I have always been known to be a thrill seeker. It was nothing new to most of the people that knew me to find out that I was interested in airplane aerobatics. I had always loved roller coasters, and an aerobatic sequence is pretty much just that – except you aren’t connected to the ground. After my first time doing aerobatics with a friend, I knew it was something I wanted to do. Luckily, there are several flight schools in the Houston area that offer aerobatic training. I completed my tailwheel endorsement and entry level aerobatics with Joy Bowden at Texas Taildraggers at Houston Southwest (AXH), and when I started getting serious about competition, I began training at Debby Rihn-Harvey’s aerobatic flight school in La Porte (T41). Debby is a world famous aerobatic champion, and the only flight school in the Houston area that allows the rental airplanes to be used in aerobatic competitions. 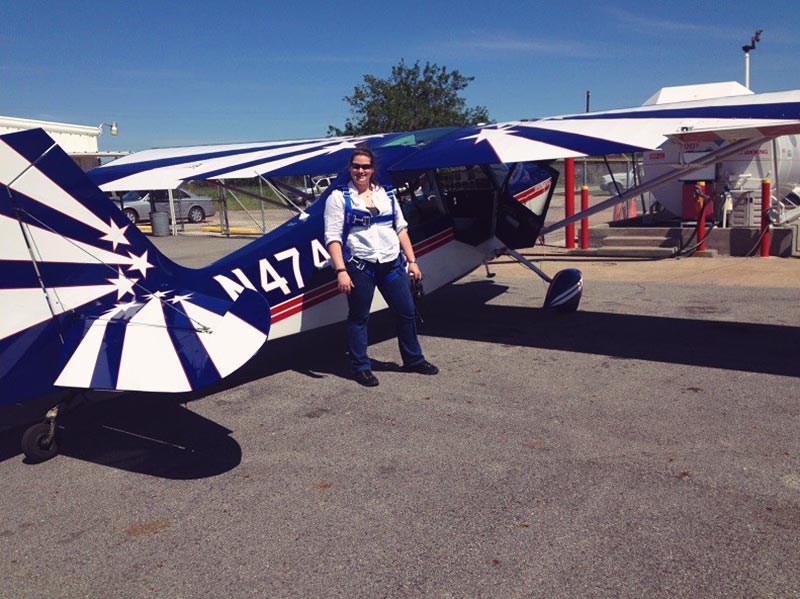 I took a few lessons with Debby’s chief instructor before the contest to brush up on my skills and put it all into a sequence. It was my first time trying to fly within the limits of an aerobatic box, which proved to be much more challenging than it looks. Having an airplane such as a Super Decathlon that is very high drag and low power (as compared to other aerobatic airplanes), it took a lot more work to get the maneuvers to look correctly in the air. Plus, when practicing maneuvers the Super Decathlon requires that you dive to get to your entry airspeed because it is unable to reach that airspeed in straight and level flight. My maneuvers were not perfect, but I was ready for the contest. I would be flying the primary sequence, which consisted of six basic maneuvers. It consisted of a 45 degree up line, 1 turn spin, half Cuban 8, loop, competition turn, and roll. 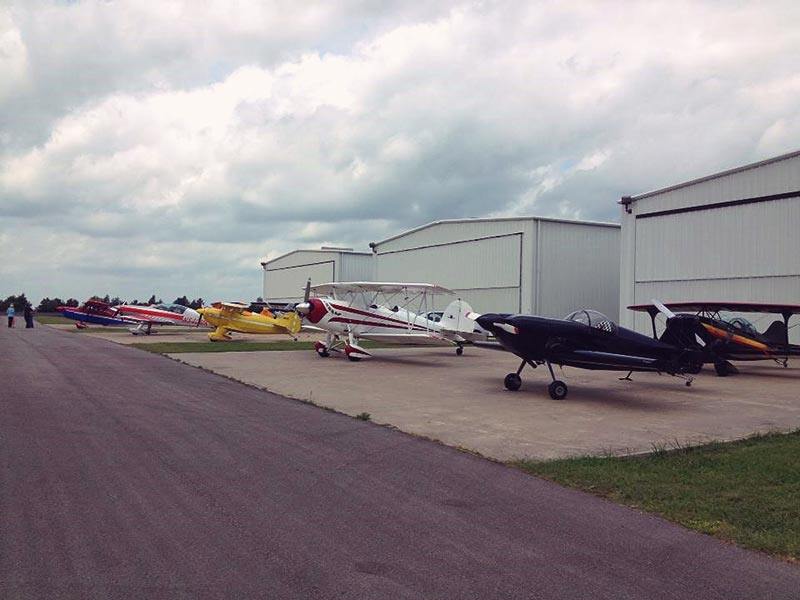 The contest was hosted in Brenham by the International Aerobatic Club (IAC) Chapter 25. It was supposed to last 3 days from Friday through Sunday to give every category a chance to fly 3 times. I drove to Brenham airport early on Friday and helped set up. The contest went on for a few hours doing other categories until they came to my category. We had 3 other people using Debby’s Super Decathlon for the contest, so we had to be quick in switching pilots for the contest. I was the 2nd to last person to fly in my category, and I was extremely nervous. As I took off, my hands got sweaty with the building anxiety of my first aerobatic contest, and having my flying skills judged for the first time. When they opened the box for me, I was so nervous I could barely think. So I went for it – 45 degree up line, spin, loop….and I realized I was so nervous that I had forgotten my third maneuver. Trying to correct, I did the correct maneuver and then executed the rest of the sequence. Unfortunately, I didn’t get credit for the half Cuban 8 which lowered my score, but I was honestly just happy I had completed my first competition sequence. 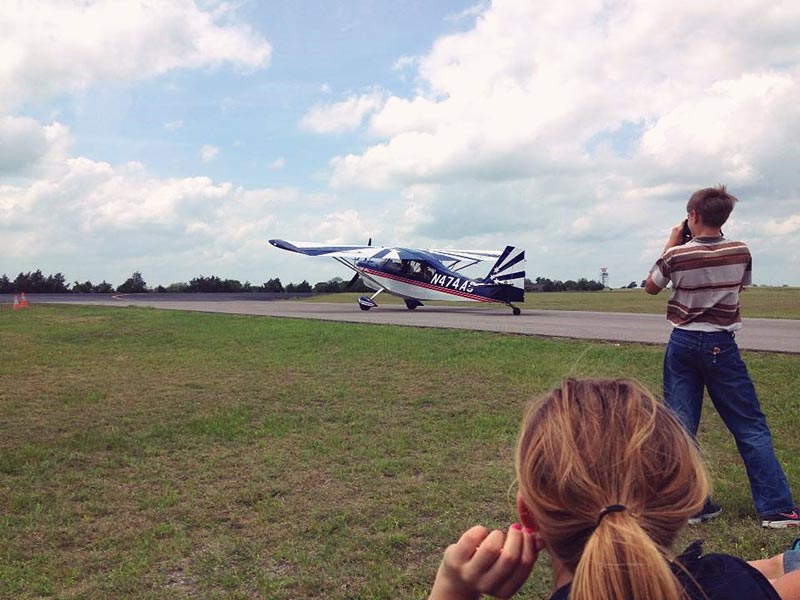 After landing, I jumped out of the plane and tried to play it off that I had forgotten my maneuver. It was pointed out to me quickly on the video my friend recorded, and we kind of laughed it off. I figured if I ever placed nationally in a competition, it would be a funny story. At the end of the day, everyone was exhausted. It was a long time out in the sun and a lot of work. After driving back to Houston, I decided I didn’t want to spend 2 hours again in the morning driving out. Therefore, I decided I’d fly the Cessna 172 out to Brenham in the morning.

I woke up on Saturday morning and checked the weather. The current readings were calling for clouds around 500ft overcast in the Houston area but expected to improve in the late morning. I figured I would just file IFR and fly to Brenham to wait the weather out. By the time I got to the airport, the skies were clear. It was showing 1500ft overcast in Brenham and the sun was shining in Houston. I figured I didn’t need my IFR clearance and took off. However, the weather and clouds were drastically different en route to Brenham. I started out at 1500ft, then went down to 1000ft, and then realized that there was no way to get through a large layer of clouds right in front of me. Couldn’t go above, around or below. I decided to call up approach and pick up the IFR clearance I filed for earlier. After getting my clearance, I spent the rest of the way en route to Brenham in solid IMC until I broke out of the clouds around 800ft in Brenham. 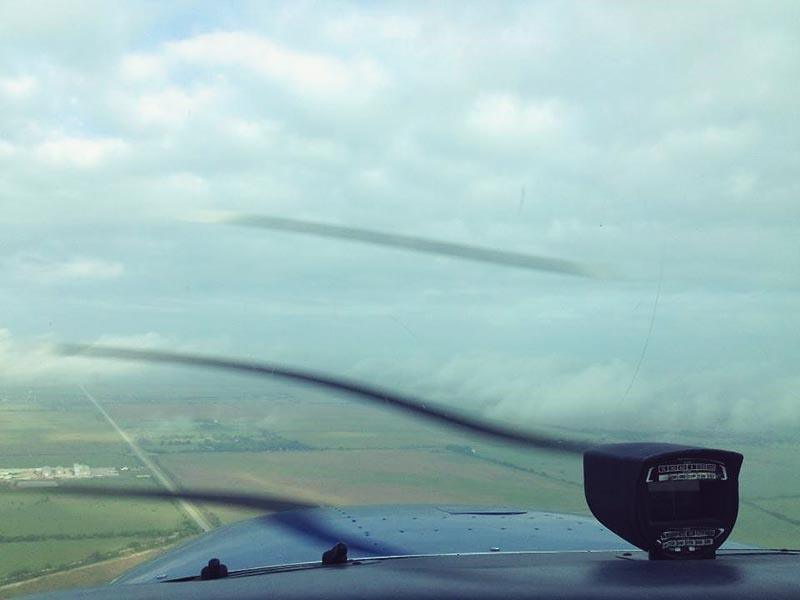 After arriving at the contest, we sat around to wait out the weather all day. By 3pm, the ceilings still had not risen to the point we could conduct the contest, and severe thunderstorms popped up all over Houston. By the time the contest was called off, Houston was completely covered by thunderstorms. I was stranded in Brenham. Luckily, one of the local IAC guys in Brenham allowed me to put the airplane in his hangar for the night, and I caught a ride back to Houston with another one of the aerobatic contestants using Debby Rihn’s Super Decathlon. The next day, I went out to retrieve the 172 and flew it back home. Unfortunately, Primary category only got 1 flight in, and Sportsman and Intermediate got 2 flights in. But overall, it was a very fun experience and goes to show how much anxiety can affect your flying skills. 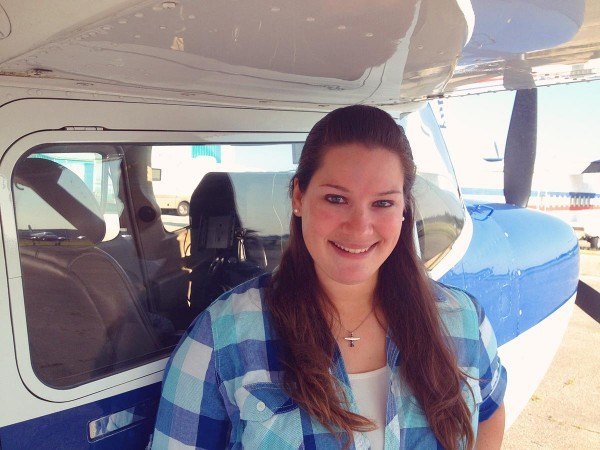 I would recommend that everyone learn at least basic aerobatics, and the skills learned there can help you in a wide variety of situations you might not expect in an airplane. After completing CFI training, I plan to go back into competition aerobatics and someday make the US Aerobatic team!