Question: Want all the benefits of those brand new glass cockpits? Don’t want to buy a brand new
aircraft? Even better, want it to work with your existing Garmin avionics?

Answer: A retrofit Garmin G500/G600. You get to keep your airplane, your Garmin GPS, and still get the
benefits of a glass cockpit.

Both the retrofit Garmin G500 and G600 are split into a primary flight display (PFD) on the left side, and
a multi-function display (MFD) on the right side. The PFD can be considered a six-pack replacement,
displaying attitude, heading/course information, airspeed, altitude, vertical speed, and more. The single
round knob on the left side is used to set bugs (heading, altitude, and vertical speed), select a course (for
VOR or GPS OBS operation), and change altimeter setting. Use the soft keys along the bottom to show/
hide bearing pointers, and to switch the CDI between GPS/VOR mode.

But of all these features, probably the best is the synthetic vision (standard on the G600, an option on
the G500). With synthetic vision enabled, you will watch in amazement as you fly over mountains and
valleys, see the airports pass by, and watch traffic cross in front of you (with an installed traffic system),
all on the PFD. You can even turn on airport signs and see a “billboard name” for an airport as you fly
past it!

One of the most helpful tools integrated with the synthetic vision is the flight path marker (the “green
dot” to us pilots). To ensure you are tracking straight down the final approach course in a stiff
crosswind, just make sure the marker is situated on the end of the runway, and you know the aircraft
is tracking straight to the landing site. The marker is, of course, no substitute for actual instrument
approach information. 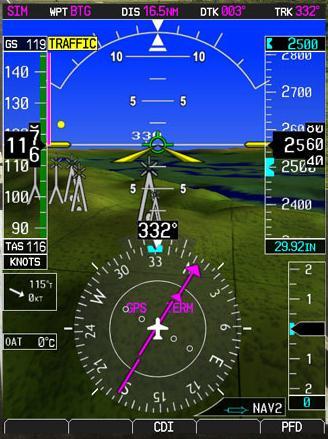 …with so much more

Adding to in-flight awareness is the high-resolution moving map on the home page of the MFD. For
those used to the moving map on the GNS530 or GNS430, this one is a welcome upgrade, as the map
looks great, and pans, zooms, and refreshes quickly.

On the ground, at hundreds of airports in the country, zoom in to see your position on the taxiways
(no more asking for progressive taxiing!). In the air, your flight plan route is there, including airways, navaids, and much more. 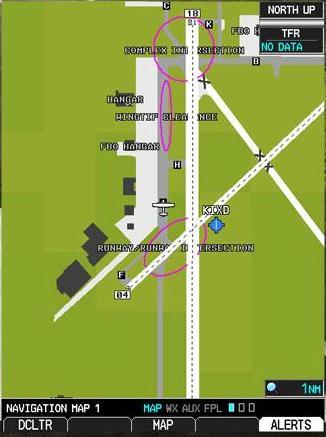 For those of you already familiar with the G1000 or other glass cockpits, I hear the questions: where do I
tune frequencies? Where are my engine gauges? How do I enter a flight plan? The best way to answer
this is to remember that the G500 and G600 are, as described earlier, six-pack replacements, not what
would be considered fully-integrated systems.

What exactly does that mean for me?

As a result, the G500/G600 must be paired with a Garmin GPS Navigation system (such as the GNS430
or GNS530). For the sake of comparison, on the G1000 (fully-integrated), flight plans are created and
frequencies are tuned on the PFD and MFD. However, for the retrofit G500/G600, frequencies are
tuned and flight plans are entered using a separate Garmin GPS, the same way they would be if the glass
panel was not there. 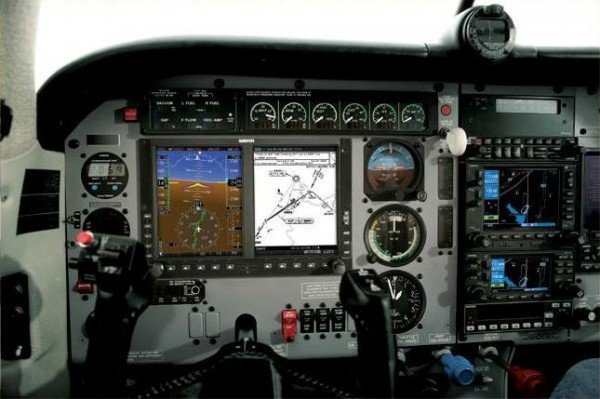 As with all new avionics, it is imperative to spend time on the ground familiarizing yourself with the new
systems. For the G500/G600, that process is made even simpler due to a couple of key facts: First, your
existing Garmin GPS is still the backbone of this system. Second, Garmin has a great Windows simulator
that pairs a GNS530 with a G600, allowing pilots to learn at their pace.

What’s not to love?

Garmin’s website says it best: “Flying with a glass cockpit doesn’t have to mean buying a new aircraft.”
The G500/G600 is an easy way to make an older aircraft newer (or a new aircraft even newer). If a
less-cluttered panel and an increased “cool” factor aren’t enough to convince you, then consider that
the exact same safety advantages of all those other factory-installed glass cockpits can be seen with a
retrofit panel in the aircraft you already own and operate. 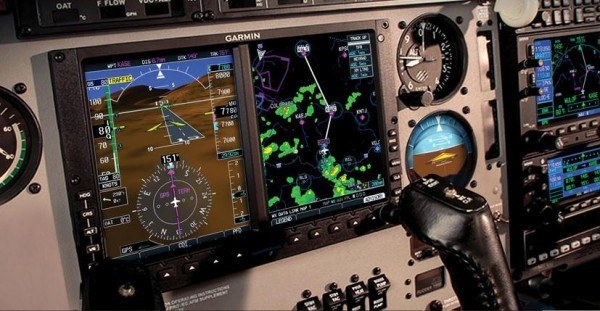