The Garmin Perspective in Cirrus Aircraft 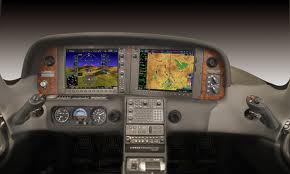 New Cirrus aircraft equipped with the Garmin Perspective avionics suite are a pilot’s dream. All parties involved got this one right. Gone are the days when general aviation pilots have to twist knobs to select an airport identifier. In comes the Garmin Control Unit (GCU) with a complete keyboard which saves time and frustration. Most of the knobs are gone off the MFD, now repositioned on the GCU for easier access. Even the avionics panel is streamlined. I’m getting ahead of myself, though. Let us start with the PFD and analyze the whole setup.

Even though it is optional, the thing that makes me giddy about the Cirrus Perspective is the synthetic vision. For those of you unfamiliar with synthetic vision in aircraft (where have you been?), it is a 3-D terrain display on the PFD (see picture below). The goal is to better enhance single pilot resource management by giving the single pilot more resources. It goes without saying that synthetic vision is only to be used as a reference, not the sole means of terrain avoidance. 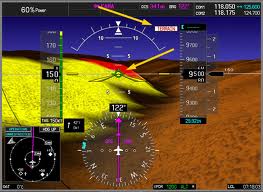 Other aircraft now show up on the PFD as well. The system is a Traffic Avoidance System (TAS), instead of a TIS (Traffic Information System), but it isn’t as accurate as a TCAS, so Cirrus states other aircraft still need to be acquired visually. The information is still based off of transponder signals. 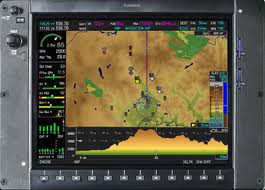 The Perspective Avionics MFD is extremely simplified. Looking at other Garmin 1000 aircraft, all the knobs from the PFD were mirrored on the MFD. Now, all the knobs and buttons (FMS knob, range knob, Com and Nav selector knobs, the direct to button, the procedures button, etc.) have been moved to the GCU, which is located on a center console, almost directly below the MFD. The soft keys all still remain under the MFD, but most everything else is on the GCU now. 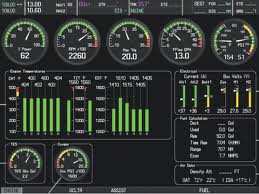 The engine page on a Cirrus just makes me happy. Being an old school steam gauge fan, I love the way the aircraft company did the engine gauges because they are actually gauges, at least on the engine page. On the left side of the MFD on the map page, the gauges are still all there in the typical Garmin setup. But, when the engine soft key is pressed, the engine page comes up and covers the whole display, showing RPM, manifold pressure, fuel flow, oil pressure, and oil temperature all in a traditional gauge format. Makes me smile just thinking about it.

The GCU is positioned almost directly below the MFD on the top of the center console. The GFC 700 autopilot, no longer next to either of the Garmin Display Units, is positioned directly below the GCU for easier accessibility. Below that is the avionics panel. As with older Cirrus aircraft, the throttle, mixture, fuel pump, fuel gauges, and fuel selector are between the seats. 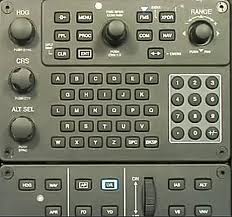 As I stated earlier, the GCU streamlines operations. Since there is a keyboard now, the pilot no longer has to twist the FMS knob fifteen different times to set in a flight plan. All the FMS knob is used for now is what it should be used for: scrolling between pages and use as a cursor when needed. Everything else can be done on the GCU’s keyboard. This makes for easier teaching and learning, and much less pressing of the wrong buttons!

If you haven’t had a chance to, go stick your head inside a Cirrus with the Garmin Perspective Avionics Suite. If you are familiar with the G1000, you’ll pick up the system pretty easily and realize how much easier life can be. You’ll feel like a corporate jet jock in no time.