”November Four Seven Two Mike Charlie, hold as published on the VOR, maintain five thousand, expect further clearance in thirty minutes.” Those dreaded words no IFR pilot wants to hear. In yeoman’s terms, a hold clearance screams “DELAY!” This is when the pilot turns to his passengers and says, “Well folks, you might want to get comfortable. Just hope none of you have to go to the bathroom.”

Whether it’s for weather, traffic, currency, or a myriad of other things, every IFR pilot has to hold at some point. In training, it seems like almost every flight the trainee has to hold, much of the time partial panel. But, when a pilot gets his instrument ticket, he just has to hold once every six months to maintain currency. Plus, this can be just a procedure turn. To top it all off, no where in the regulations does it say it has to be a pretty hold.

In comes the G1000 to save the day! Sort of, at least. In a sense, the G1000 makes holding simpler, but in another sense, a little more complex. More details to come.

First, some definitions to get out of the way just to make sure everyone is on the same page. A published hold is any hold the is actually depicted on an approach plate or low en-route chart. 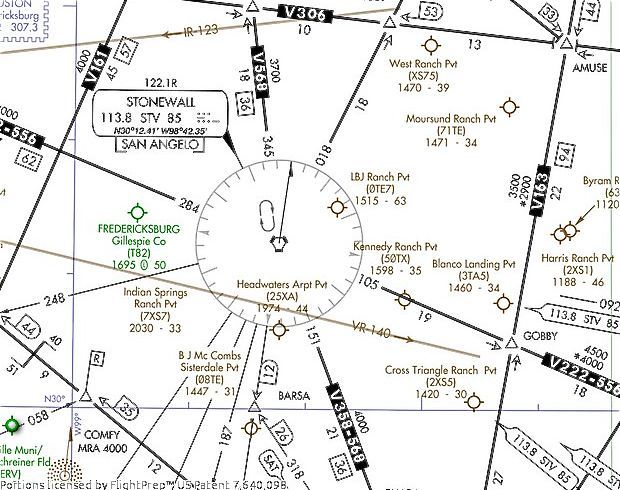 (A published hold over the Stonewall VOR)

An unpublished hold is any hold is a hold over a fix that is not depicted on any chart. Simple enough, huh?

With a published hold on an airway or over an NDB, the G1000 does not display the hold as part of the airway in the flight plan. So, though it may be published on the chart, it isn’t in the actual G1000 database. Having the hold published, though, does make pilot’s job easier in picturing the hold, but there is still the trick in getting the G1000 to do what is desired, especially when using the autopilot.

Once the hold is drawn out, then it is time to figure out the entry. The entry flown depends upon which direction the pilot is approaching the fix from. Instead of being overly wordy in explaining degrees from the fix and such, here is a handy picture below that does a wonderful job explaining hold entries.

If the entry is a left hand pattern, just flip everything.

Below the HSI, there is a soft key that says either SUSP or OBS. This is the suspend or omni-bearing selector key. When the fix is crossed, press this key. Then, take the course knob (the same one used to select radials with VORs), and twist it until the proper bearing for the hold is showing on the HSI (and just to double check, make sure the CDI is in GPS mode). Then just perform the entry and use the CDI as the inbound leg. On the MFD, the proper bearing will always be magenta. The side of the fix opposite the hold will be white.

Now, holds associated with approaches, whether it is a hold at an initial approach fix or a missed approach, are always depicted. The entire racetrack pattern is shown on the MFD. The G1000 will always ask if you want to hold at the IAF. If yes is selected, then, upon crossing the fix, the G1000 will automatically go into suspend mode. Be careful, because after performing the entry, the G1000 automatically goes out of suspend mode so if you want to make more turns in holding, you’ll have to push SUSP again.

Next week, I’ll present a few holding scenarios and what to do, plus talk some about using the KAP 140 autopilot in a hold. Until then, go out there, grab an instructor and practice some holds.