The Apple iPad as an Electronic Flight Bag

Technology is constantly changing the way that people access information. The same is true of pilots in the cockpit. Modern avionics systems often work with data subscriptions that are capable of providing weather information as well as terminal procedures charts. In comparison, paper charts—whether they are VFR sectionals, IFR enroute charts, or terminal procedures charts—can seem cumbersome and outdated. When looking at electronic devices as a replacement for paper charts, most pilots have the same questions. Is it legal? What can it do well? What can’t it do well? Let’s address these questions from a general aviation (part 91) point of view and look at using the iPad as an EFB. 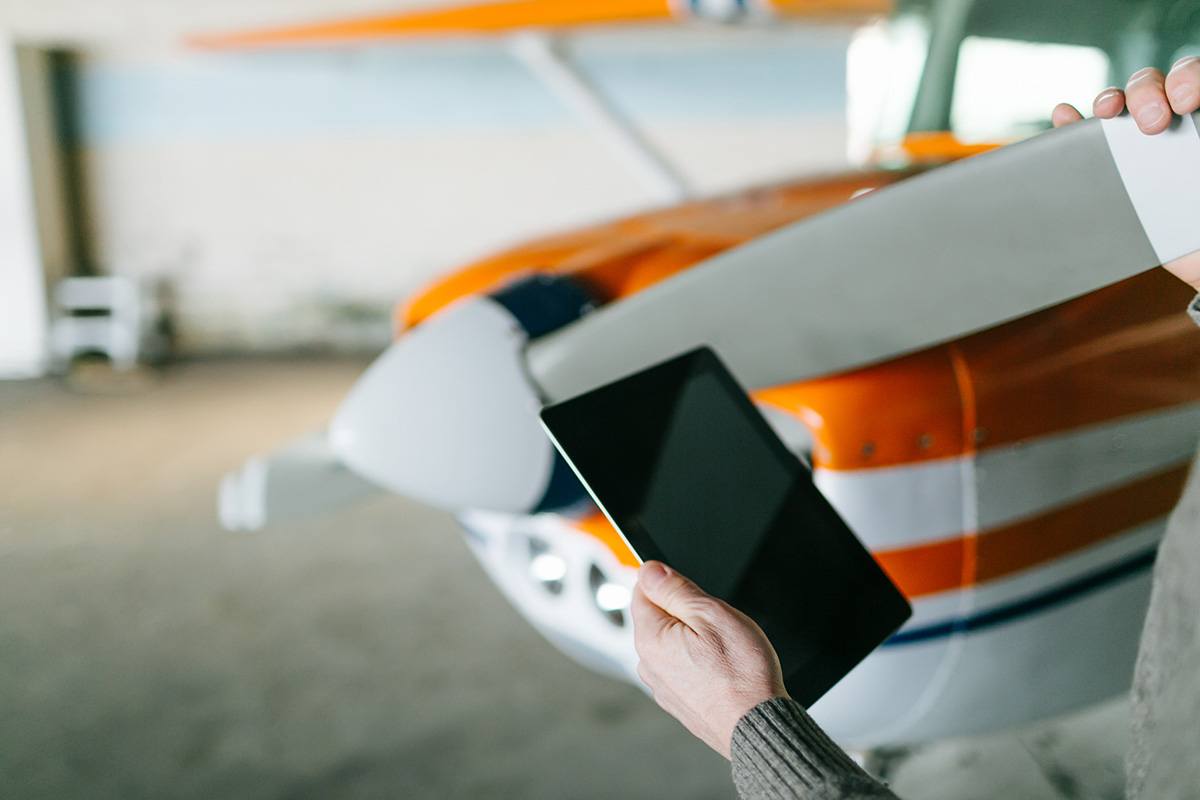 The legality of replacing some or all of your paper charts with an EFB depends entirely on your operation. A charter company or airline would need specific FAA approval. In fact, Executive Jet Management, a subsidiary of Netjets, was able to do just that with an iPad after some rigorous testing.

However, if you are flying general aviation aircraft under part 91, it is up to the pilot in command to determine whether or not the equipment can be used and how it should be utilized. Relevant reading includes 14 CFR 91.21 and Advisory Circular 91-78. Regulation 91.21 deals with portable electronic devices and states that no one may use such a device under IFR unless “the operator of the aircraft has determined [the device] will not cause interference with the navigation or communication system of the aircraft.” Also keep in mind that the FCC would not want you using the 3G features of your iPad in flight.

Advisory Circular 91-78 deals with the use of Electronic Flight Bags under part 91 and again puts the decision on the PIC’s shoulders. The EFB must be the “functional equivalent to the paper reference material.” The information referenced must also be “current, up-to-date, and valid.” AC 91-78 also very wisely suggests an evaluation period as well as some sort of backup to the EFB. The backup could be paper copies of essential charts or another EFB.

What can it do well?

The iPad can have great utility as an EFB. The application that I use in flight is ForeFlight Mobile HD. I have the Pro subscription, which includes georeferenced terminal procedures charts through a license with Seattle Avionics. The app is free, but the subscription is currently $149.99 per year. You get a good deal of information for that price. The two images below show georeferenced terminal charts in action. The blue airplane is your GPS position. I do not use an external GPS device. Keep in mind that ForeFlight suggests an external device for added GPS reliability. However, I have yet to lose GPS signal. Be aware that only the iPad version with 3G includes a GPS receiver.

Even without the Pro version, you can still utilize the iPad 3G’s built-in GPS receiver to view your position on VFR and IFR enroute charts. The easy access to nationwide charts is one of the greatest benefits of using the iPad as an EFB. See the images below. The magenta line is your route overlaid on the chart. Routing is entered in the search bar at the top right of the screen. Victor airways, arrivals, and departures are all supported. 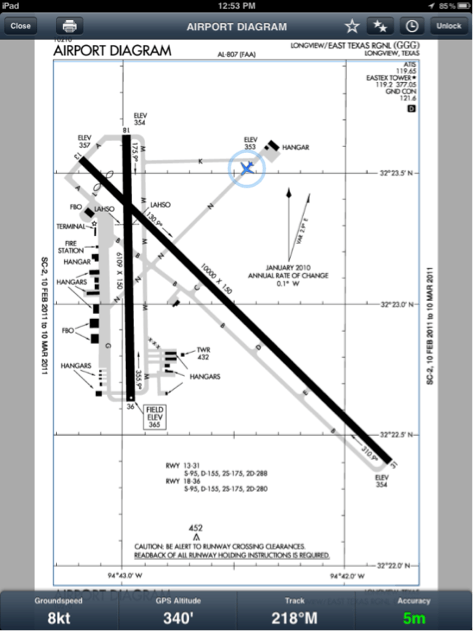 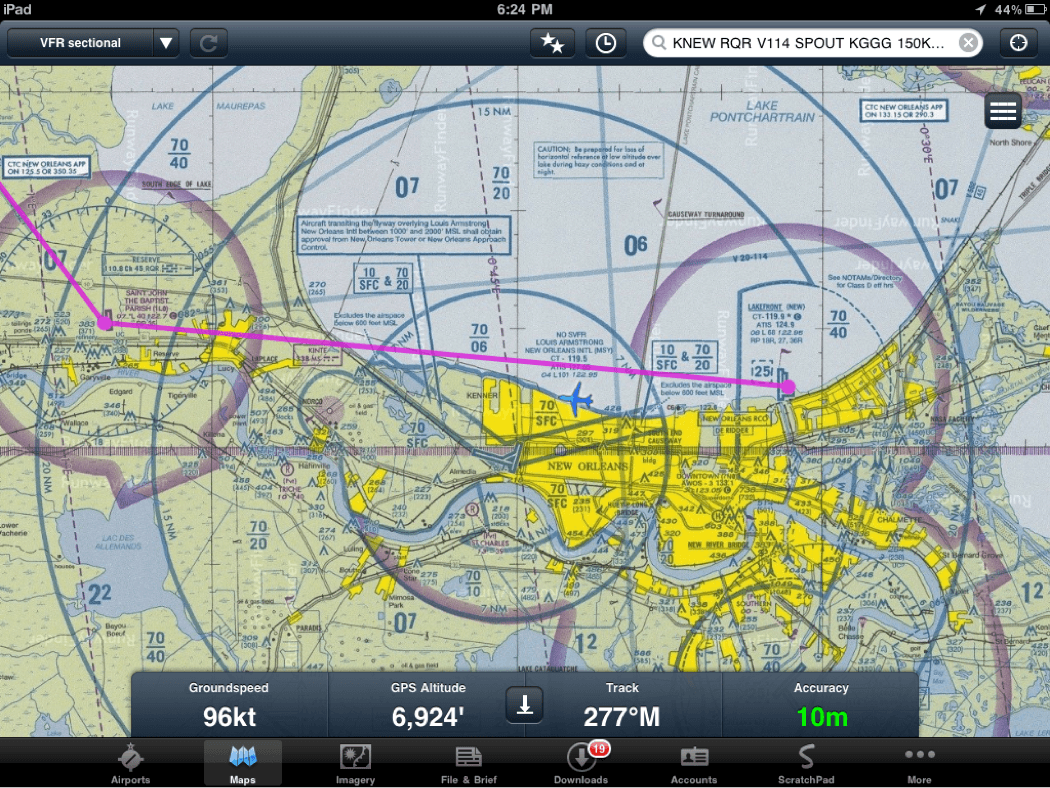 Charts are conveniently downloaded by state. Only charts that were downloaded ahead of time may be viewed in flight. Chart data is updated every 28 days, and the application warns you when your data is getting old. You may also save your preflight briefing from DUATS and view it in flight, which is a very handy feature. See the image below. 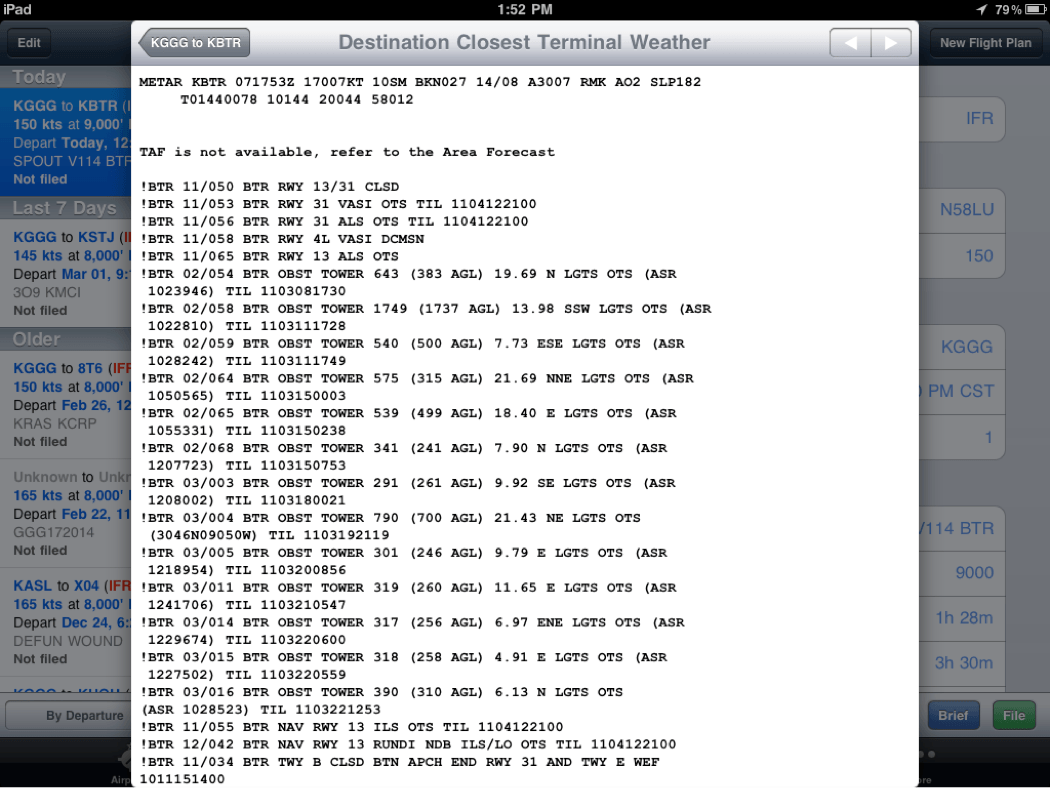 The airport information page provides easy access to most of the information that you might need about a given airport. Pre-downloaded weather and NOTAM information for your favorite airports is available in flight. See the image below. 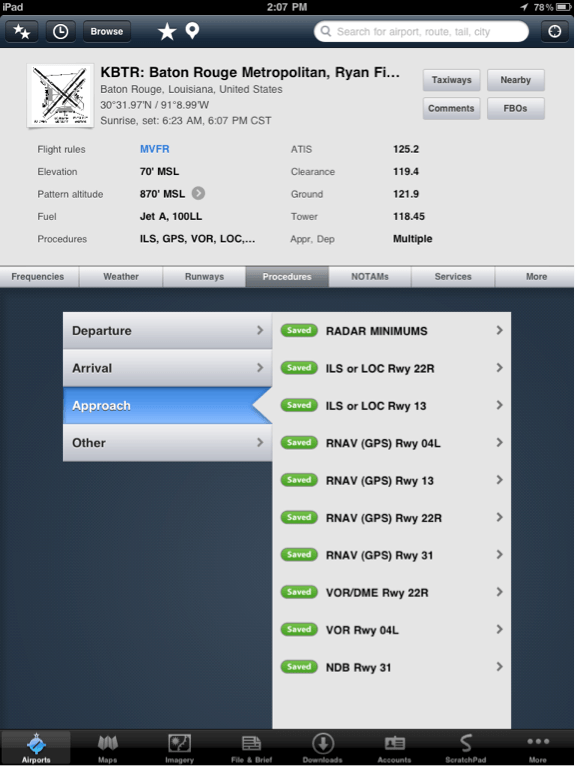 What can’t it do well?

The iPad running ForeFlight has great utility as an EFB and allows access to a vast amount of information. However, nothing is perfect. One of the biggest drawbacks of using the iPad as an EFB in flight is the screen glare. See the image below. There are anti-glare screen protectors available. The battery life is good—around 10 hours depending on screen brightness—but must be taken into consideration. There are also reports of some overheating issues, but I have not run into any trouble. I always keep a few paper approach plates handy just in case, though.

ForeFlight Mobile is a great program, but there are a few things that it does not yet do. It does not give access to the actual Airport/Facilities Directory, which would be nice. It also does not include the information from the chart tab, so without a paper chart you may be left guessing about the altitudes of a restricted area or MOA.

In the end, the technology is relatively new. That means it will continue to get better, and it’s pretty good right now. The iPad, when used properly, can replace most paper charts; it can enhance situational awareness; and it can simplify preflight planning. Last minute trips are no problem when you have nationwide charts literally at your fingertips. Just don’t forget to look outside!