The Art of Flying at Night

Constellations from the Air

The Bright Side of Night Flying 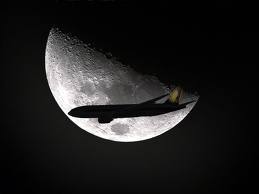 Most nights, and I emphasize most because this is not the case every night, you’re going to find very smooth, non-turbulent conditions. The sun has set, so there isn’t much heat rising up from the earth anymore, lessening those dreaded afternoon bumps in the summer time. Sometimes at night, turbulent conditions will still be present due to wind shear and thunderstorms, but, like I said, most of the time, you’ll get smooth air.

Down here Texas way, it gets awful hot during the day in the summer time, making those environmental systems work pretty hard. If you have air conditioning, you’re probably sweating some; if you don’t, you’re praying your vents somehow shoot out more air so you don’t drown in sweat. The solution? Go up after dark. Albeit, in the ultra humid south, the humidity doesn’t disappear, but the actual temperature usually drops, making life much more pleasant at altitudes.

Flying at night alleviates the blinding glare of the sun. In some places, you’ll have haze that sticks around after dark, but otherwise, as long as there aren’t low clouds hanging around, the visibility is unmatched. Traffic is easier to spot since position lights and strobe lights are easier seen against the black backdrop. In a low wing, the stars are gorgeous (hint: great for a date! “Hey honey, take a look up at the sky.” She’ll think you’re awesome!).

The Dark Side of Night Flying

After hearing all that, then let’s go up and hit the black skies! Not so fast. There is a reason the FAA dedicates an entire section to night flight in the Airplane Flying Handbook and portions of the Pilot’s Handbook of Aeronautical Knowledge as well as the AIM. It can be dangerous if you aren’t properly trained and don’t have a lot of experience. I don’t recommend VFR pilots flying at night unless you have an instrument rating or you have a lot of night dual with an instructor.

The body acts a little funny at night. As previously mentioned, in chapter ten of the Airplane Flying Handbook, the FAA talks about several aeromedical factors that occur at night. The first is letting your eyes get adjusted to nighttime. Warning: I’m going to get a little medically technical here for a second. Bare with me.

The human eye has both cones and rods, both serving different functions. The cones detect color, details, and faraway objects. The rods, on the other hand, are used for peripheral vision, seeing something out of the corner of your eye. The rods are what handle night vision. 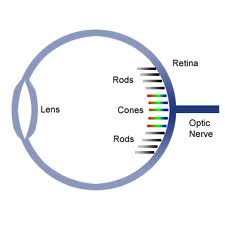 If you look at a diagram of the eye, the rods are not directly behind the pupils, therefore making off center viewing during night flight very important. From personal experience, ATC has told me I had traffic in front of me at night and I couldn’t see it. Once I glanced off to the side, it magically appeared. So, this stuff is true!

The rods also need time to adjust to seeing at night. Once it gets dark, the pupils dilate to try and receive more light. After about 10 minutes, the cones have adjusted to the dark, but the rods need approximately 30 minutes to become fully adjusted. According to the FAA, once adjusted, the rods are 100,000 times more sensitive at this point! When you do go flying at night, let your eyes become adjusted to the dark before going blasting off into the great blackness. One disadvantage to Technically Advanced Aircraft (TAA) is the fact that we have the PFD and MFD lighting up our cabin, partially destroying our night vision. The FAA also recommends supplemental oxygen use above 5,000 feet at night to aid in night vision.

There are three night illusions the FAA talks about in chapter 15 of the Pilot’s Handbook of Aeronautical Knowledge. Autokinesis is caused by staring at a stationary flashing light for too long. After a while, it appears to move, causing a pilot to mistake it for an airplane. Solution? Don’t fixate on any one object and continue scanning. The false horizon illusion occurs when the normal horizon is hard to see. City lights and bright stars can cause this, as well as flying over a body of water. Since the water is dark below you, the lights on the shore can be mistaken for the horizon, causing the pilot to descend too low and possibly crash into the water. This is what happened to John F. Kennedy, Jr. Solution? Don’t fly over open water at night, or, more practically, get an instrument rating. 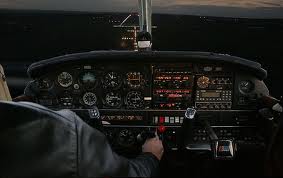 The final illusion occurs during landings. Any element that causes some form of obscuration can cause a pilot to fly a lower than normal approach, be it rain, a dark runway, or the famed “black hole approach” (unlighted terrain on final leading up to a well lit runway). On the flip side, bright lights, steep terrain and wide runways can cause pilots to think they are higher than normal.

It is very good to have a healthy respect for the dark. If you are a VFR pilot, get some good experience at night with an instructor before setting out on your own. The best thing to do would just get your instrument rating, making you much safer overall.