Unique IFR Approaches From Around the World

The Lighter Side of Instrument Flying

There are always those approaches that instrument pilots are proud to have attempted and actually made it through. Theoretically, an instrument pilot should be able to perform any instrument approach, but some are a little tougher than others. Some are also more fun than others. Here are a few below that could give an IFR pilot an experience and a story. I have not personally shot any of the approaches below.

Of all the approaches I have seen, this localizer/DME approach into the Isafjordur airport in Iceland is quite possibly the coolest. The airport is positioned in an inlet between two mountains. Looking at the approach plate below, it is a little complex to fly. The initial approach fix is the NDB at the bottom. The bearing was cut off in the picture, but it’s the 013 degree bearing off the NDB. That bearing is followed until intercepting the localizer at 7.0 DME. The IOG localizer is tracked inbound until station passage. 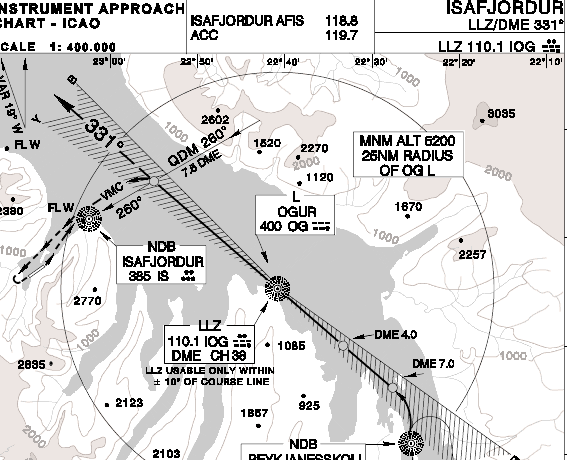 So far, this seems like a normal approach, right? Well, not exactly. Looking closely at the plate, the airport itself is off to the west of the actual approach course. In order to get there, the localizer has to be tracked outbound to 7.5 DME. This becomes the missed approach point. To help identify the MAP, just wait for the 280 bearing from the IS NDB to come in, then turn inbound to the airport. If the airport isn’t in sight at this point, it is time to go missed. 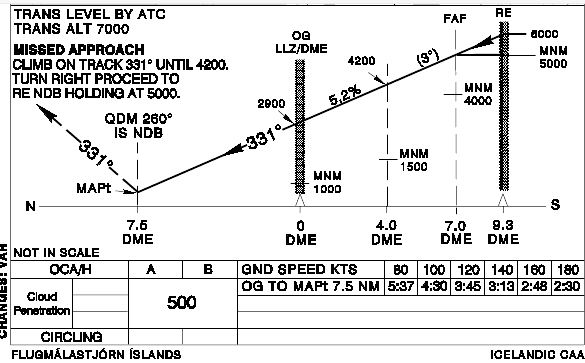 As is seen above, the cloud penetration altitude is 500 feet, allowing a low descent. At this point, when the pilot is visual, more fun begins. I certainly wouldn’t want to be at 500 feet skimming around the edge of the inlet the runway is in. If landing runway 8, the airplane is flown on the north side of the inlet, right next to the mountain. If landing runway 26, a mountain must still be skimmed, but there is no crazy U-turn at a low altitude. 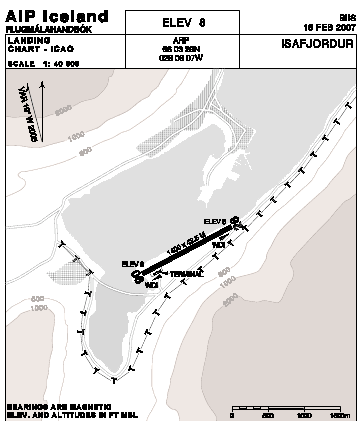 As is seen by the airport diagram above, the mountain ridges appear to be lighted, which is handy at night so a newbie pilot does not run his airplane aground. I have a good friend who flies King Airs and he has flown this approach. He was so kind as to shoot a video of himself flying it last year. He is the one in the right seat, not the one filming. Enjoy! Isafjordur Localizer Approach 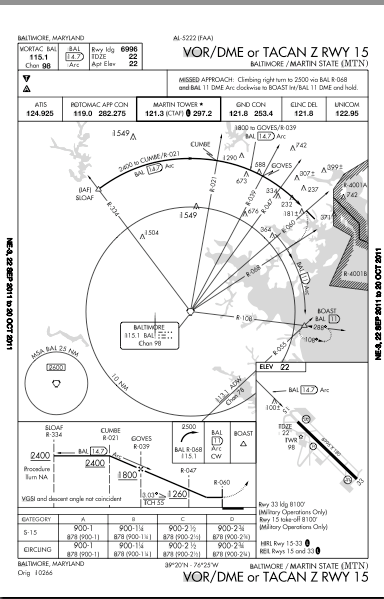 Simply put, this approach is just cool. I mean, really, it is not every day that a pilot just follows an arc around to a runway. Whoever thought of this one is a genius! It’s pretty simple to explain. The IAF, SLOAF, is on the 334 radial from BAL, 14.7 DME. Then, all the pilot has to do is follow the arc around, descending to the proper altitudes at the proper times. It does not seem too challenging, but a whole lot of fun!

Now, this is not an IFR approach since it is a visual approach, but I just wanted to insert it in here because of the challenge factor. 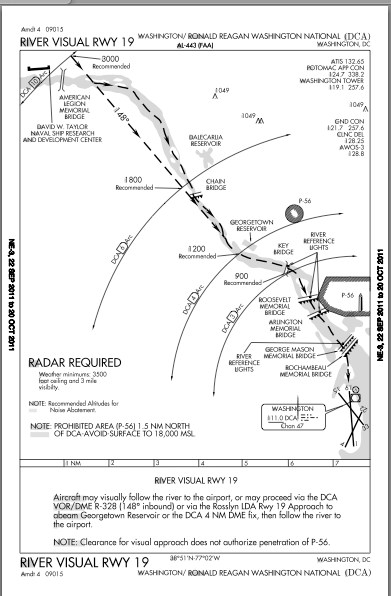 It provides a great view of the DC area, plus presents a challenge to the pilot trying to stay out of the prohibited area next to the Roosevelt and Arlington bridges. If pilots get bored at their flight simulators one day, this might be a fun one to take a crack at. Plus, if the prohibited area is broken, F-16s do not actual kill on a simulator.