It’s summer, and one way to tell is that it’s very easy to find “how not to fly into thunderstorms” articles. These are important reminders to GA pilots of the hazards of convective weather. Flying into a thunderstorm is certainly one of the top two things you don’t want to do (flying into icing conditions without anti-ice being the other). If you operate a technically-advanced aircraft, especially one equipped with datalink NEXRAD imagery in the cockpit, you’ve probably read, with some discouragement, that you are NOT to rely on this data for tactical avoidance of convective weather. OK, Debbie Downer, how DO I use this expensive equipment in the summer? 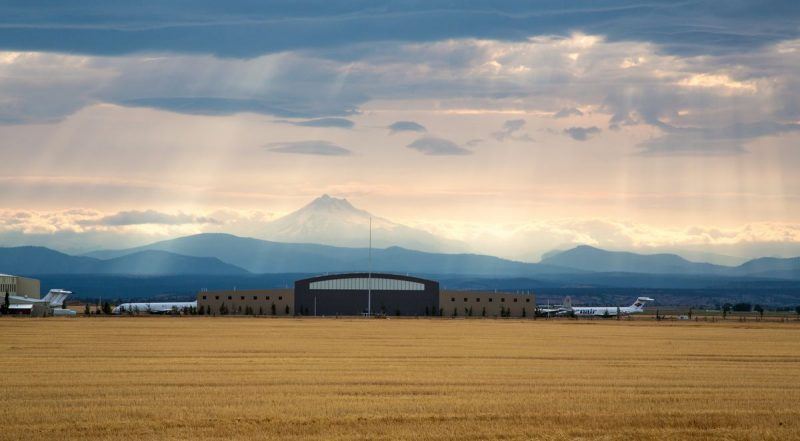 I hope that this article helps, at least a little, by sharing some anecdotal uses of datalink weather in thunderstorm season. I spent the first couple of decades of my flying career without cockpit weather. Even after I got my instrument ticket, I can recall more than a few trips delayed, not completed, or not even attempted because of weather. Since 2002, however, the capability to continuously monitor meteorological conditions on my route has increased my success rate dramatically. I think that this helps justify the time and money that I spend on flying. 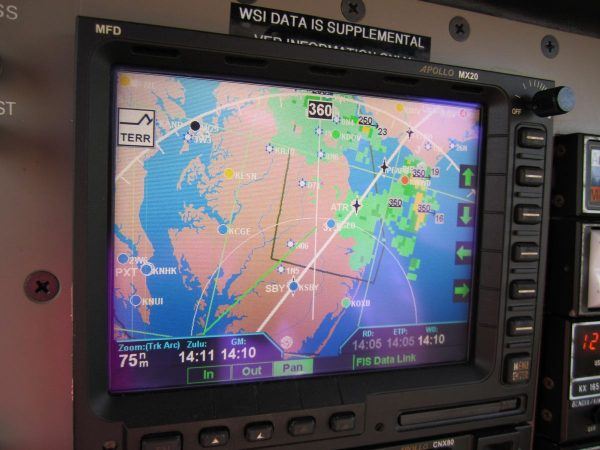 Figure 1. NEXRAD Imagery on an MX20

A few years ago, I was part of a team that assessed the “State of the Cockpit” of datalink weather technology for the FAA. The FAA requested that we include typical operational scenarios in the report. Since I was the designated GA expert, I suggested including a scenario of a GA pilot faced with deciding whether to cross a line of convective weather. To me, this was the “elephant in the room” regarding datalink weather and couldn’t be ignored. Naturally, the FAA was somewhat horrified at the suggestion, because it was already well established that NEXRAD imagery, because of the inherent delays in delivering it to the cockpit, is NOT a tactical tool for weather avoidance. (See my article, “10 Thing Pilots Should Know About Datalink Weather” on this website.) Ultimately, the scenario was included, with an acknowledgment that NEXRAD in the cockpit was responsible for a “paradigm-shifting advance in aircraft utility,” but “could be misused without adequate training…”

At the time, I had already completed several trips that started with convective weather in front of me, and ended with it behind me, safe and sound at my destination. While I saw plenty of thunderstorms during those trips, I used the NEXRAD imagery to manage my flight around the weather I saw, not to escape from it.

Everything you’ve learned about flying around thunderstorms still applies with datalink weather: keep your distance, stay visual around towering cumulus, don’t fly into a “sucker” hole, etc. The major difference is that you know where the storms are (or were, not too long ago), and often where they are headed relative to your current flight plan. This allows you to adapt to moving, changing weather and formulate an avoidance plan. Your avoidance plan needs an “out,” — a sure-fire alternative to avoid the weather, such as landing or turning around. If you’re in contact with ATC, then you have a collaborative partner to help you with that plan.

A very common scenario for convective weather is scattered thunderstorm activity. This can look like a large minefield of poorly-organized storms on long-range settings, but as you zoom in, very navigable gaps that don’t violate the 20-mile rule of storm clearance can become apparent. Your NEXRAD image can help you make the best deviation choices quite easily. I don’t consider this “crossing a line,” and I have often gotten from point A to point B through weather like this without getting wet.

It’s hard to overemphasize how important it is to use your eyes while flying in this type of weather. Convective storms strengthen and weaken, sometimes quite rapidly. Since the NEXRAD image you are looking at is delayed, a small area of precipitation on the screen may have already blossomed into something more formidable in your windshield. The converse can also be true. This makes your eyes the tactical tool, while the NEXRAD gives a strategic overview to plan with. If you are IFR, ask for deviations around buildups and stay visual.

Figure 2. Flyable gaps? Not sure, but I might take a look, with an “out” plan

An organized line kicked up by a front can be another matter entirely. These tend to be more tightly-packed areas of intense storms, and of course, can’t be taken lightly. Although I have seen navigable gaps in lines like these, you can’t put your faith in the NEXRAD image because the gaps can fill in quickly. The better strategy is not to penetrate, but to use your speed advantage over the weather to circumnavigate it. Successfully employing this strategy requires both the fuel to spare, and the willingness to burn it. 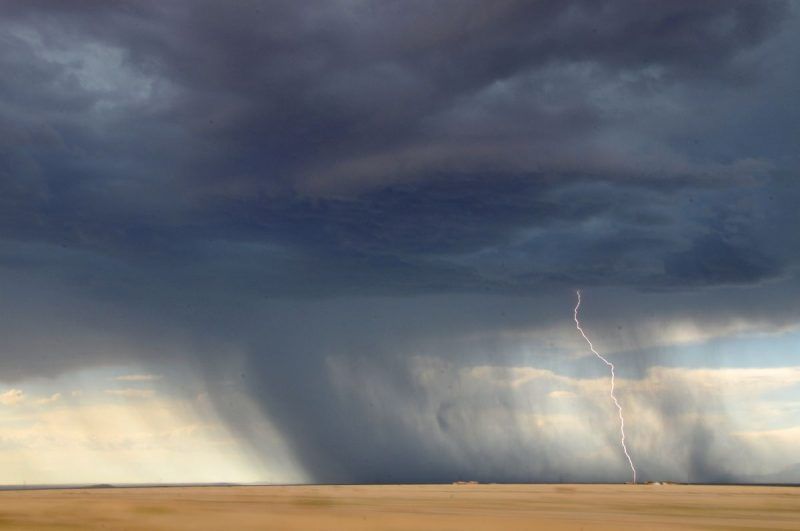 On an IFR trip from Virginia to Austin, TX my planned route was going to take me into a line of developing storms extending from Mississippi into Texas. Shortly after departure from Meridian, Mississippi (where I like to stop for fuel, free chili dogs and soft-serve ice cream), I coordinated a deviation with ATC, which, unexpectedly took me 75-100nm north of my intended route to avoid the line. The extra miles required me to stop in College Station to refuel, but I considered that a good trade-off. As I approached Austin, I could see that the weather was filling in behind me. I had not crossed the line, but I HAD outrun it.

Figure 3. Using NEXRAD to plan a diversion around convective weather

On another trip, I was attending a college football game in Charlottesville, VA that was punctuated by a strong thunderstorm in the fourth quarter. I knew I’d probably meet that storm again flying home. Sure enough, soon after launching, it became apparent on NEXRAD that I would have to make a 100-mile diversion to get around a solid line between me and home, which was less than 100 miles away. A quick conversation with ATC confirmed that there were no other viable options, so I used my “out,” landed and waited the 3 hours for the line to get past my destination. Not ideal, but it was the right decision.

By the way, I can confirm that the flying weather BEHIND a line of thunderstorms is very nice; much preferable to the downwind side. Far less stressful, flying behind the line also avoids the chance of running into hail spewing downwind out of the anvil head. If you must fly the downwind side, look for indications of the speed of the storm’s movement on your system. You should factor these into your diversion plan; simple math (speed x time = distance) will tell you how much clearance to give that advancing storm.