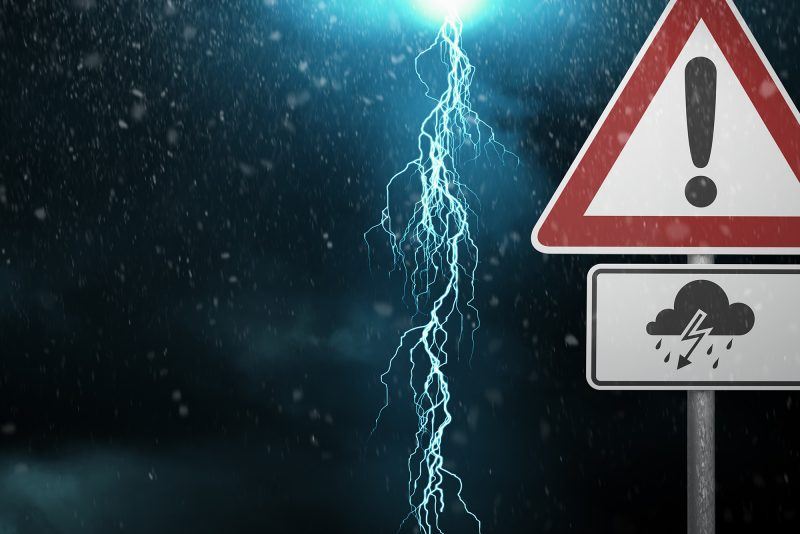 This article is about one of my favorite topics: weather in the cockpit. I have been involved with this technology since 1999 when I signed on with a group in Hampton, VA to help develop and market a product idea they had patented a decade earlier – a cockpit device for advising pilots of weather. The invention of datalink weather revolutionized GA flying in a way few other technologies have. For those that have already used it, imagine giving it up. For those of you that haven’t, it will change the way you fly.

Commercial versions of these systems have catchy names like XM WX and InFlight. The FAA uses an acronym, FIS-B, for Flight Information Services-Broadcast. (It’s pronounced like a character from a Dickens novel – “Fizby”). Enjoy the following list of FIS-B facts and figures.

The first experimental version of cockpit weather was used for the exact opposite purpose that pilots use it for now… to fly INTO thunderstorms. In the late 1980s, the NASA Storms Hazards Program (in the name of protecting aircraft from lightning) flew a specially-equipped F-106 into thunderstorms to intentionally get hit by lightning! Rather than use ground-based radar to vector the fighter into storms, NASA developed a system to datalink the radar picture to the cockpit, allowing the pilot to steer into the heart of the storm. A former NASA engineer that I know filed a patent based on this system, but he (wisely) suggested that the best use of this invention might be to help pilots AVOID hazardous weather. 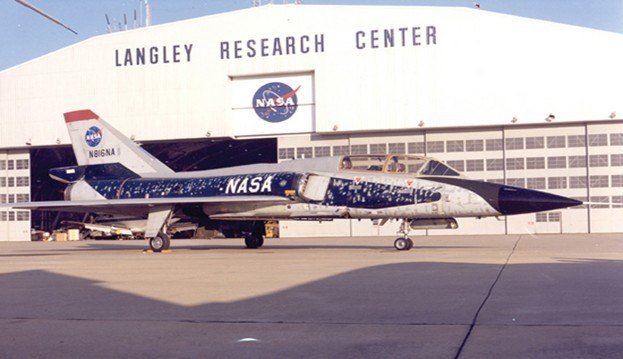 The National Weather Service (NWS) operates the NEXRAD (NEXt-generation RADar) network, consisting of 159 Doppler weather radars, to collect various kinds of atmospheric data. NWS turns that data into the mosaic-style maps of precipitation we are familiar with. NEXRAD coverage for the lower-48 of the continental United States (CONUS) is the source data that is ultimately distributed by FIS-B.

For pilots using NEXRAD data, probably the most important thing to know is that the mosaic takes time to collect and assemble. When it is finally distributed via FIS-B, the NEXRAD data is at LEAST five minutes old, and could be much older. More on this later.

Environment Canada operates a similar weather radar network, and this data is available from commercial FIS-B services for a subscription fee. 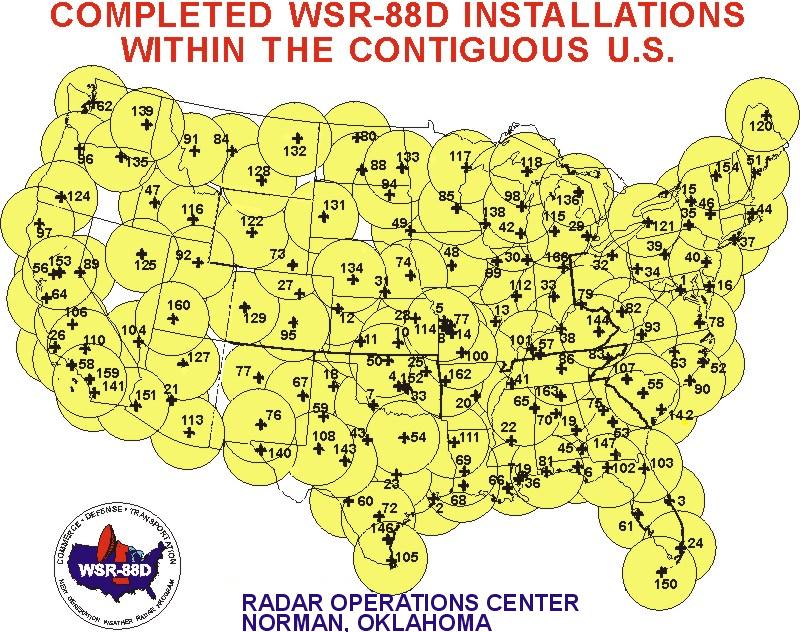 Raw NEXRAD data includes undesirable artifacts like ground clutter, false echoes, etc. that are removed by basic post-processing. There are commercial enterprises that sell more sophisticated post-processed NEXRAD data to weather-reporting outlets. In the early 2000s, these enterprises turned their attention to the aviation market. The value-added enhancements for aviation are what’s “under the hood,” and include features like echo tops, storm tracking indicators and enhanced radar color palettes with snow, ice and mixed precipitation colors.

The major players in this business are Baron (XM WX, ForeFlight) and The Weather Company, (ADS-B In, WSI InFlight). Of course, when you purchase avionics, or a pilot app with weather, you don’t really get a choice of service providers (sort of like Lycoming or Continental engines when you buy an aircraft). But if you notice a difference between various weather apps, this might be why.

When commercial FIS-B services burst on the scene in the early 2000s, there were no standards to govern their implementation, or to enforce consistency in their human interfaces. To some extent, that situation still exists, but the FAA has stepped in with an advisory circular that recommends a path to airworthiness certification for FIS-B systems. Compliance with the AC is not mandatory, but it points to two solid standards documents, one for commercial datalink systems and one for the UAT link used by ADS-B, that further the cause of consistency.

Still, some potentially confusing differences exist between systems. The illustrations below show a typical G1000 Weather Data Link legend (left), and a similar illustration from ForeFlight documentation (right). Note the difference in colors used. When switching from one system to another, a pilot could easily be confused about whether an airport is reporting VFR or MVFR, IFR or LIFR weather. When in doubt, refer to the textual product that is also part of the uplinked information.

There is a fascinating history behind the evolution of the color palette used to display storm intensity on digital displays. It goes back to research done in 1965, before color displays existed and everything on radars was shades of green. The basic green-yellow-red palette of a radar mosaic intuitively suggests “go-caution-stop,” right? Sort of, but let’s look at the research and some numbers.

While light to moderate turbulence may occur between 20-40 dBZ of reflectivity, the real concerns begin at 40 dBZ, where there is a small chance (3.5%) of encountering severe turbulence. At 50 dBZ, the chance of momentary loss of control due to turbulence is unacceptably high (37%). How does the color palette in cockpit systems communicate this to pilots? Not consistently, which is why users need to be vigilant. Look at some sample color palettes pictured below. Note that one palette goes from yellow to orange at 40 dBZ; another extends yellow to 45 dBZ. Both palettes would advise caution about flying in “yellow” precip, but one might certainly get you a wetter and bumpier ride than the other. 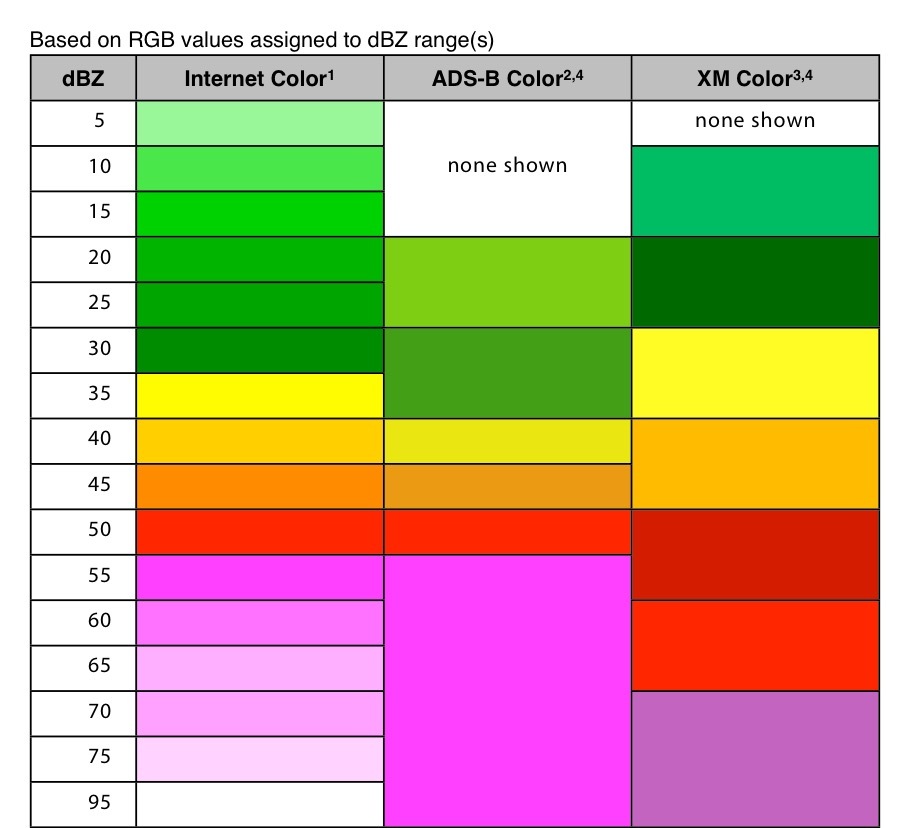 6. NEXRAD Composite vs. Base Reflectivity: Tale of the Tilts

NEXRAD radars emit beams at different tilt angles to completely map the sky. The image from the lowest beam is called base reflectivity. Composite reflectivity combines the strongest return from all angles into one image. Base reflectivity shows rain that is falling from the bottom of a cloud, but not what is falling at higher flight levels. While composite reflectivity may make areas of precipitation look larger than they are at lower altitudes, consider the example shown in the images below. There is clearly more (light) rain falling at higher altitude, but is it evaporating or being held up by strong updrafts from the storm to the west? That additional shield of light precipitation on the composite image might be in the “anvil head” at high altitude in front of the storm’s movement. This is an instance where it might be a good idea to visually compare the composite image in the cockpit with what you are seeing out the window, because… 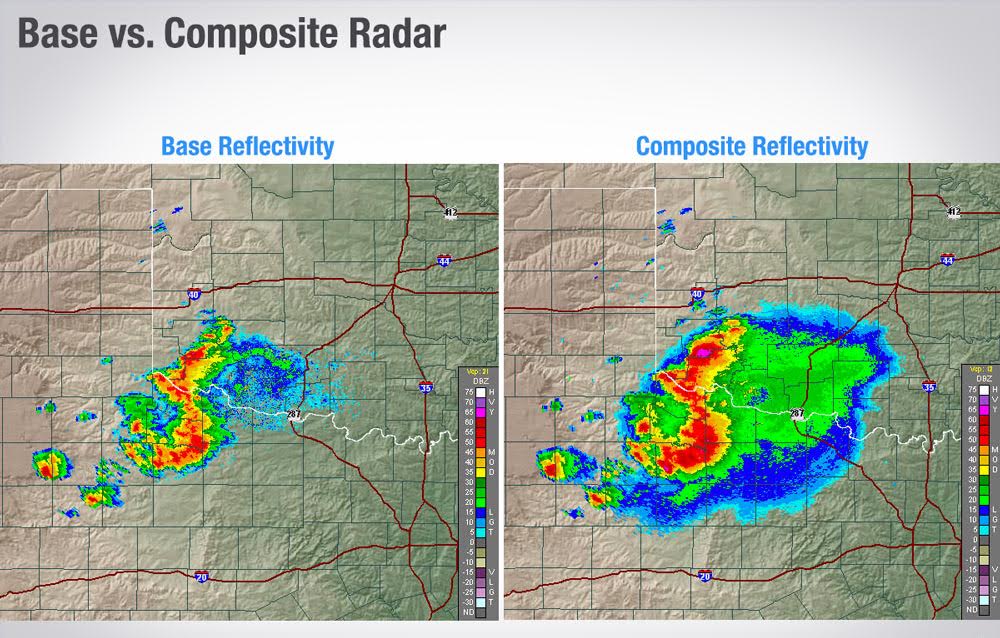 7. Your Eyes are Still Your Most Important Sensor in Weather Flying

Thirty-five years of weather flying in GA aircraft has taught me this…if you can stay visual, do it. I think this gives you the most options, and by that, I mean escape routes if things go sideways. The NEXRAD image is an excellent tool, but not perfect. Cumulus build-ups may not yet have precipitation in them, making them “invisible” on NEXRAD, and most are turbulent inside. What look like gaps between cells on NEXRAD may have already filled in, or may be filling in quickly. Remember, NEXRAD is not real-time. Your eyes are the best tool for determining this—trust them. Since I’ve flown with cockpit weather, I’m almost NEVER in IMC when I’m flying near strong storms. There’s no percentage in it; I’d rather request a deviation, stay visual and stay dry.

Cockpit weather still plays an important role here. Instead of clogging the frequency with constant requests to deviate, use the power of the NEXRAD image overlaid with your flight plan to strategically plan your weather deviation, and collaborate early with ATC on a re-route.

ATC sees the same weather picture that you see in the cockpit, right? No, but that’s not necessarily a bad thing. It can affect coordinating a weather deviation, but some ATC weather radars are a nice complement to the FIS-B system in the cockpit.

For instance, approach controllers aren’t looking at NEXRAD imagery at all. They use a real-time radar system to detect traffic and weather in terminal airspace. Several generations of this system are still in use, and there are even older systems that paint rain, but not its intensity. (If a controller says, “Intensity unknown” in a precip warning, that’s why.) Still, if you’re negotiating a weather deviation in congested terminal airspace, it’s best to listen to what ATC suggests; their picture is more up-to-date than yours.

Center controllers use a different system that overlays NEXRAD imagery on their displays. Since it is processed differently than FIS-B, ATC’s image doesn’t show light precipitation, so don’t expect any warnings from Center until the precipitation reaches moderate levels. As with any NEXRAD-based system, the data the controller sees is not real-time; it can be up to six minutes old. When requesting weather deviations from Center, FIS-B gives the pilot a reasonably common picture, which can make this process smoother.

If ATC asks if you are radar-equipped, you can’t answer “yes” if all you have is FIS-B. Seems like a partial truth, but a former controller friend of mine points out that by answering “no”, you’ll get more weather advisories than you would if ATC thinks you are already seeing everything (and you may not be).

9. Key Differences Between ADS-B In and Commercial FIS-B Systems

There are two major differences between ADS-B and FIS-B: signal coverage and resolution.

Commercial, satellite-based FIS-B customers are used to seeing weather as soon as they power their systems on. ADS-B line-of-sight reception generally requires altitude. The FAA provides an ADS-B interactive coverage map tool on their website that allows you to see regional coverage at different altitudes. The higher you fly, the better your chances of receiving ADS-B, so check the coverage for where you operate. You can bridge this gap on the ground with internet service (like a cell network), but as you climb out, there may be altitudes where you are not receiving weather data.

As for resolution, commercial systems have more bandwidth available to them, and they transmit high-resolution (2km) radar information for the entire CONUS. ADS-B ground stations conserve their lower-bandwidth link by transmitting two separate images; a low-resolution (11km) NATIONAL image and a higher resolution REGIONAL one that covers the 250nm surrounding the station. Since ground station coverage overlaps, you should always have access to the REGIONAL image where you are flying. When you select a viewing range beyond the REGIONAL coverage, the app fills in with the lower res NATIONAL image, which is still detailed enough for strategic weather planning.

Every pilot who flies with FIS-B should read this NTSB alert, sub-titled “Actual Age of NEXRAD Data Can Differ Significantly from Age Indicated on Display.” I think this is the definitive document on the subject, complete with cautionary tales of pilots who may not have appreciated this aspect of in-cockpit weather. The fatal accidents that resulted were due to “operating near quickly developing and fast-moving convective weather,” despite having “access to NEXRAD mosaic imagery.”

Most FIS-B systems indicate the age of the radar image being shown, but this is the age of the mosaic created by the service provider. The inherent delays in delivering the raw NEXRAD data to the service provider, added to transmission delays, etc. can add up to significant additional time. The alert says it best, “Weather conditions depicted on the mosaic image will ALWAYS be older than the age indicated on the display.” In the worst case, 15-20 minutes older, which is more than enough time for a fast-moving thunderstorm to fly over your intended route. 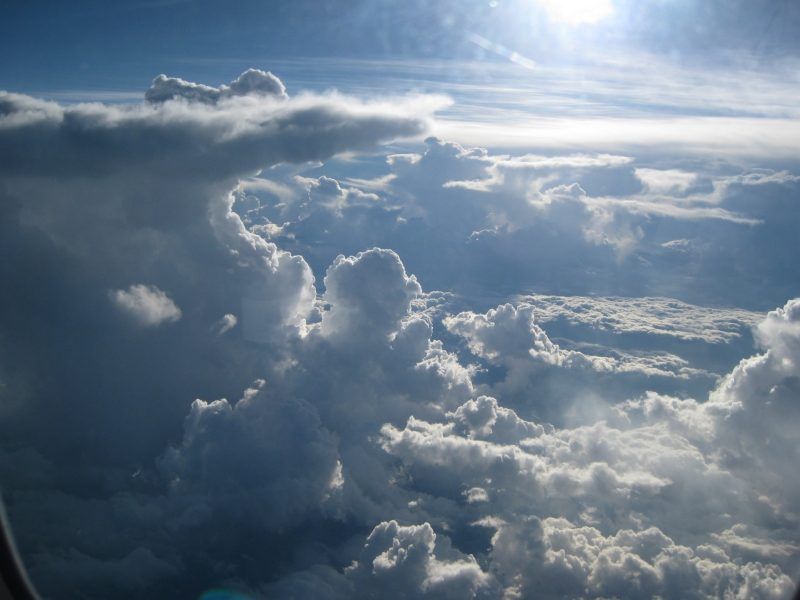