I’ve always liked Wisconsin. From the bustling old-big-city feel of Milwaukee to the relaxed countryside, Wisconsin almost immediately conjures thoughts of bratwurst, grilled corn, and really nice folks. Great cheese, good German food, and excellent beer aside, Wisconsin is home to EAA AirVenture, an annual pilgrimage of aviation enthusiasts of all flavors. This year I was fortunate to have the opportunity to accompany a customer to AirVenture in, appropriately, a home-built Vans RV-10.

We made our way to Oshkosh (a.k.a. the busiest airport in the world) via Hot Springs, AR and Champaign, IL. The arrival was interesting, to say the least. A detailed NOTAM is published each year explaining VFR and IFR arrival procedures. As the field was VFR, we canceled IFR approximately 60nm out from Oshkosh and flew to Ripon, WI where we joined the VFR arrival route, following railroad tracks to Fisk, WI. We monitored the advisory frequency waiting to hear the controller, whose level of motivation on the radio rivaled even the most vociferous of my drill instructors. Exactly on time, we received instructions to join the pattern from Runway 27 at Oshkosh and to monitor the control tower frequency. With a little difficulty we were ultimately “Cleared to Land Runway 27, on the Orange Dot,” while sharing the pattern with everything from a Challenger Jet and P-47 Mustang to a Cessna 150. A short approach later, we found ourselves turning off of the runway into the grass, to be directed by a dizzying number of volunteers along our long (but impressively organized) taxi to our camping spot. 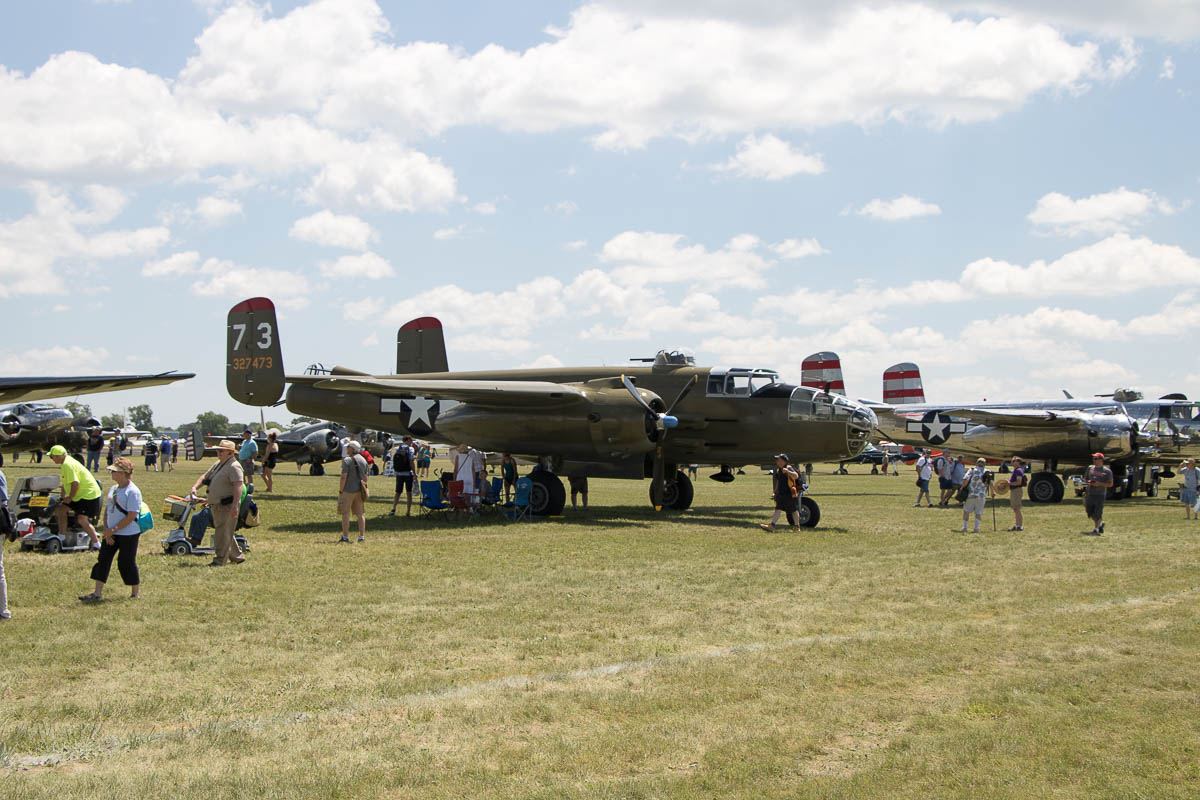 My initial walk around was a bit longer than I planned (probably made so by getting a little lost in the maze of aircraft, static displays, and exhibits), and revealed a dizzying array of aircraft, many of which I had never known existed. It is, after all, the Experimental Aircraft Association. What surprised me, though, is the number of classic aircraft I was able to see. I love airplanes like kids love ice cream and candy, and seeing classic aircraft is akin to going to an old-school confectionary for hand stretched taffy and ice cream sodas. Every time I see an oil cap with a capacity listed in gallons, I smile.

From warbirds to mail planes, I saw it at Oshkosh. The apparent concept is to take everything that has to do with aviation and put it all on one airport. 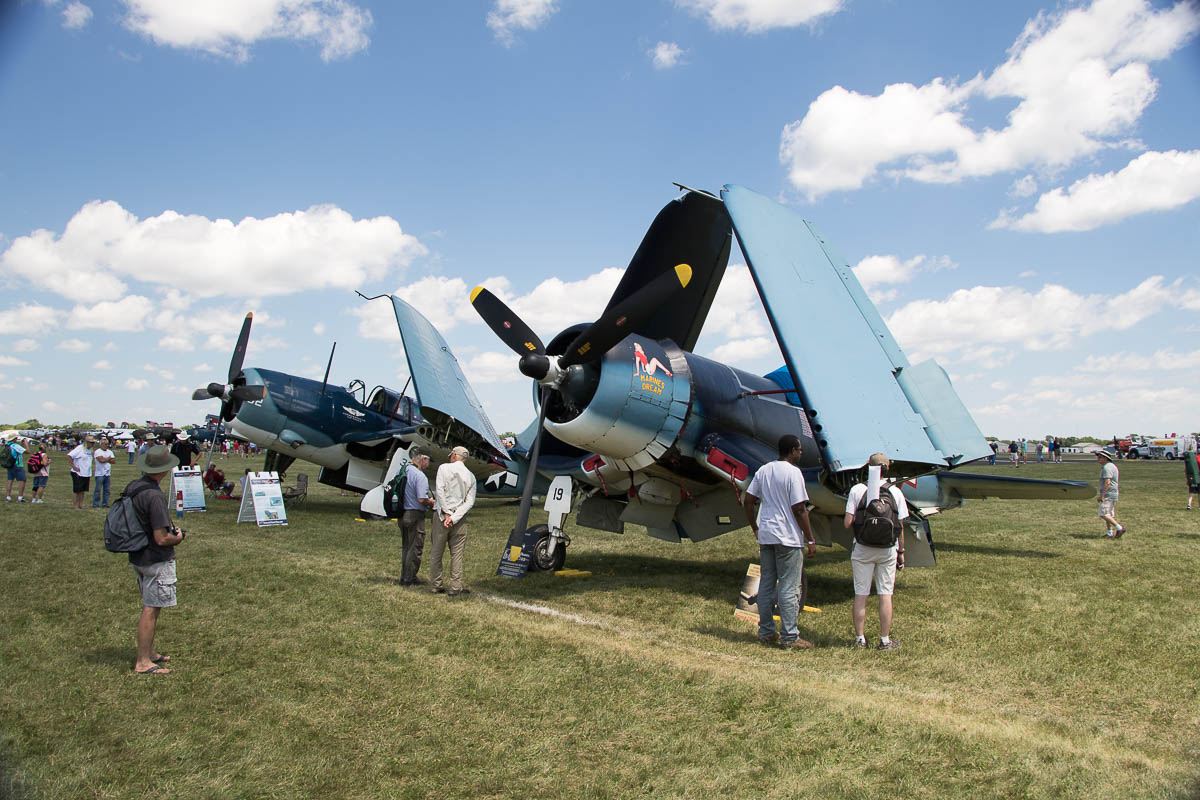 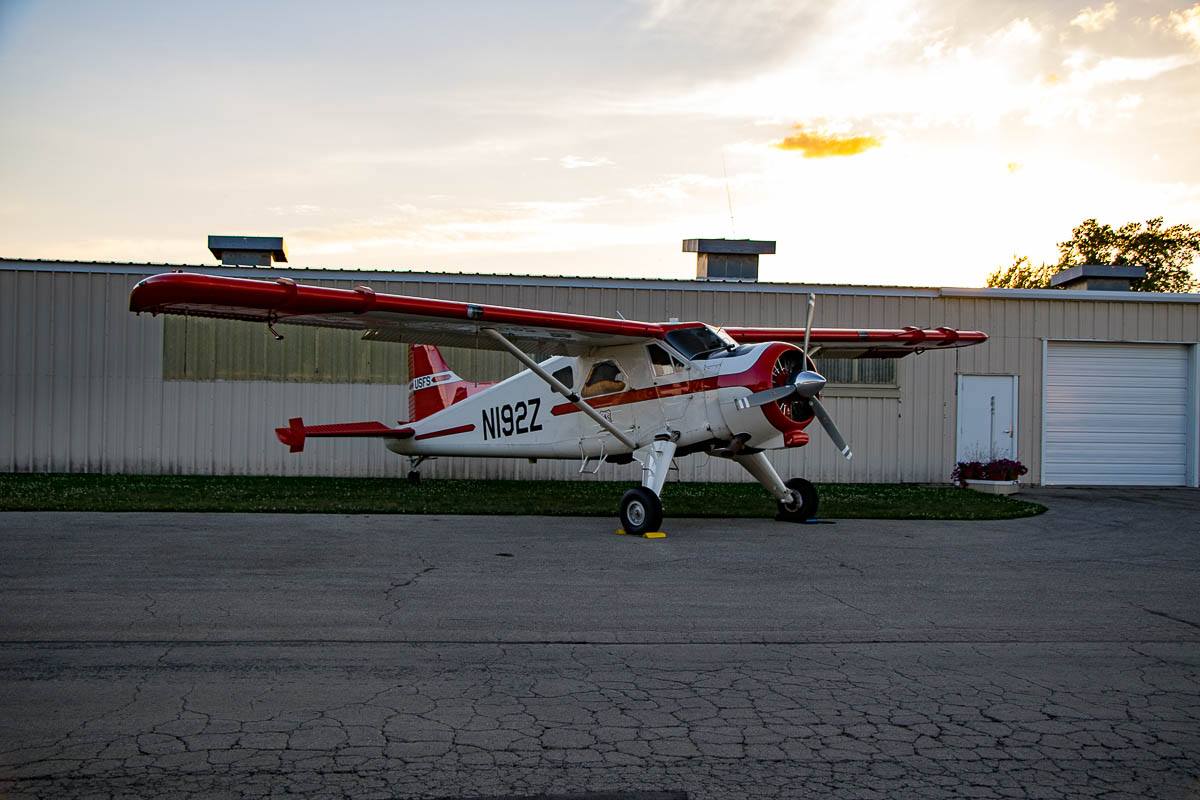 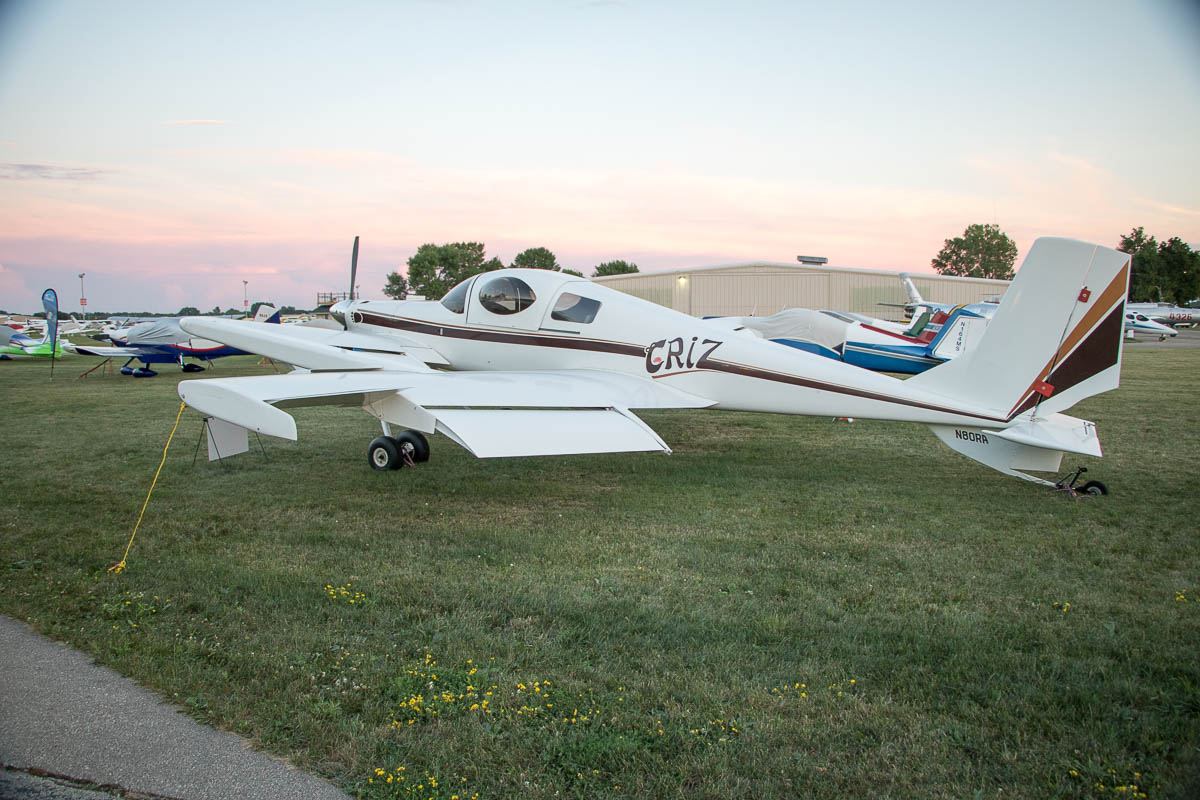 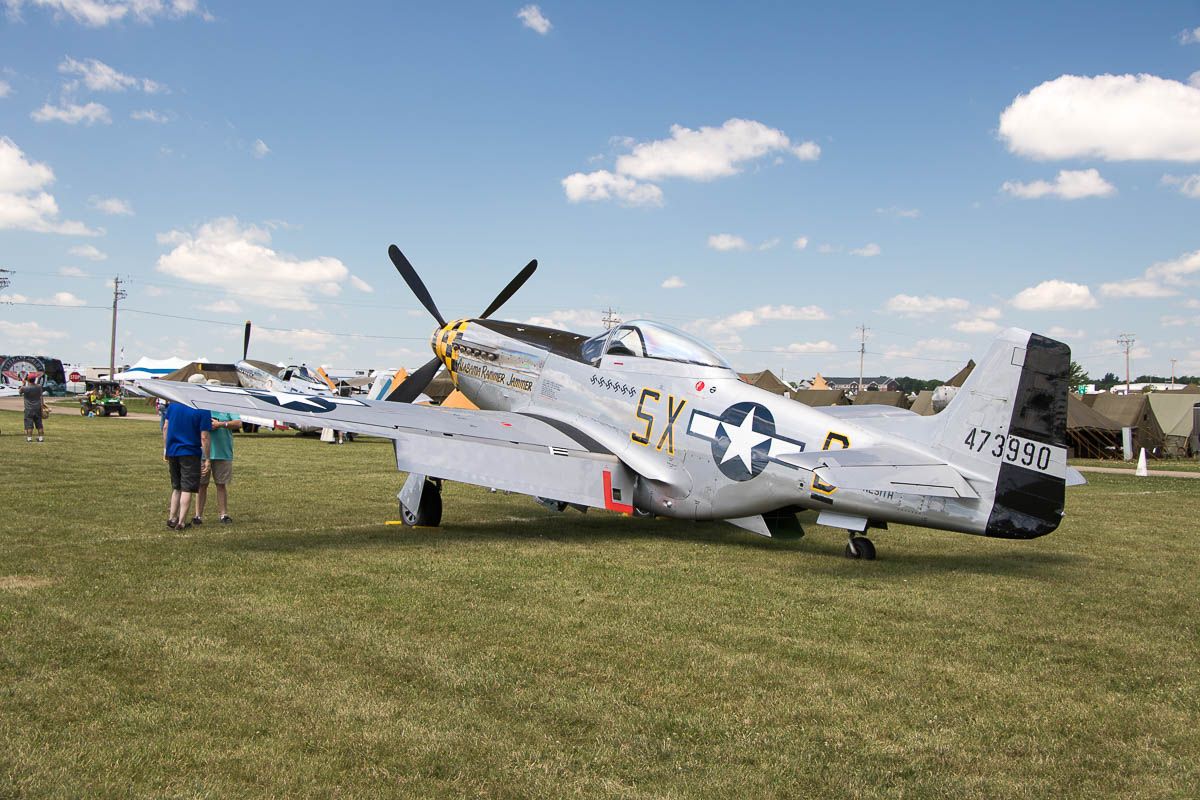 The exhibits included major names like Garmin, Bose, Textron, Cirrus, ForeFlight, and Diamond, as well as new to certified aircraft companies like Epic. Lancair was displaying their high-end kit plane selection in the form of the Lancair Evolution (an airplane that I really need to fly before I die), and there was a myriad of vendors selling everything from pilot supplies to parts for experimental aircraft. Airlines were there recruiting, as was the federal government, and universities recruited for their aviation programs.

About the biggest news on the general aviation side of things was the full scale cabin mockup of the Epic E1000 (a six-place turboprop single engine kit-plane turned certified aircraft) and Cessna’s unveiling of the Denali, a cabin class turboprop single to compete with the likes of the Pilatus PC-12 and the TBM.

Aerobatic demonstrations aren’t always my thing, but it was impressive to watch maneuvers demonstrated in the Vans RV-6. The AeroShell Flight Team was there, and there was an impressive demonstration of a Martin Mars firefighting airplane. There were flybys of an awe-inspiring array of warbirds ranging from the antique to the modern. There was the constant drone of helicopters supporting the “Helicopter Flight Experience,” along with droves of people lined up for rides in one of the Ford Tri-Motor airplanes. 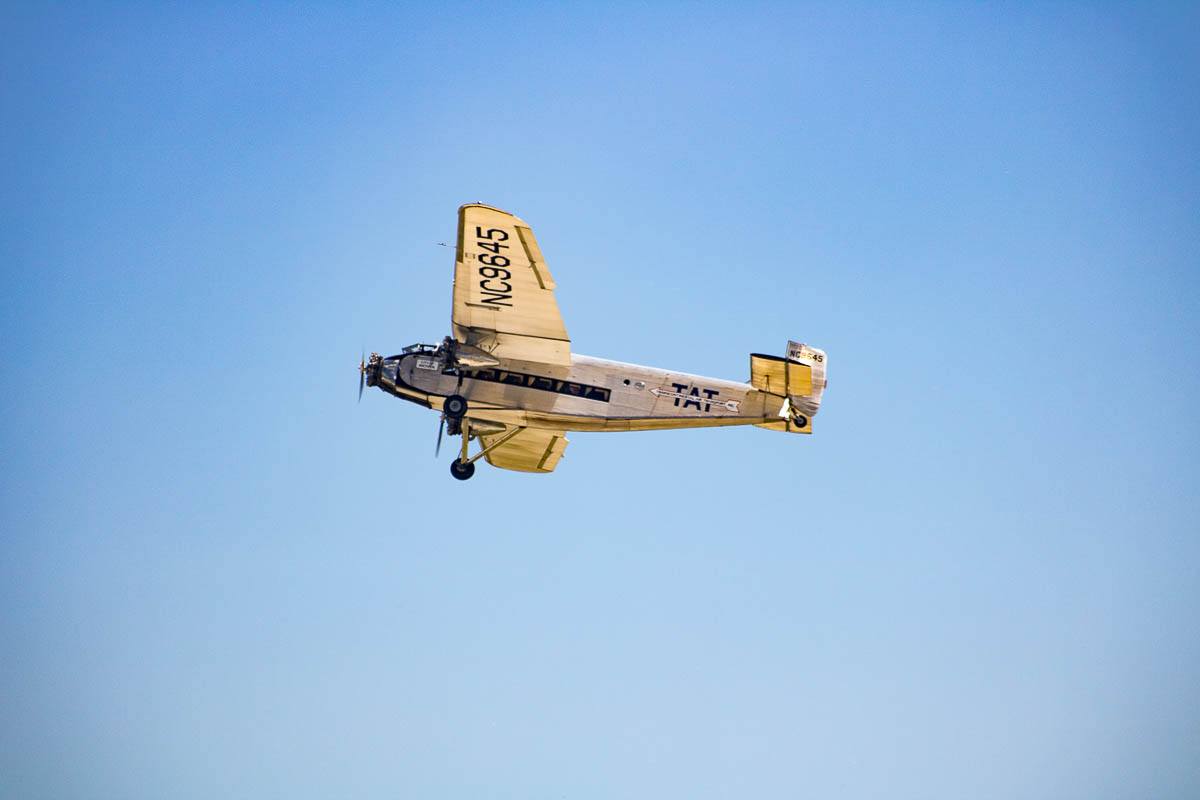 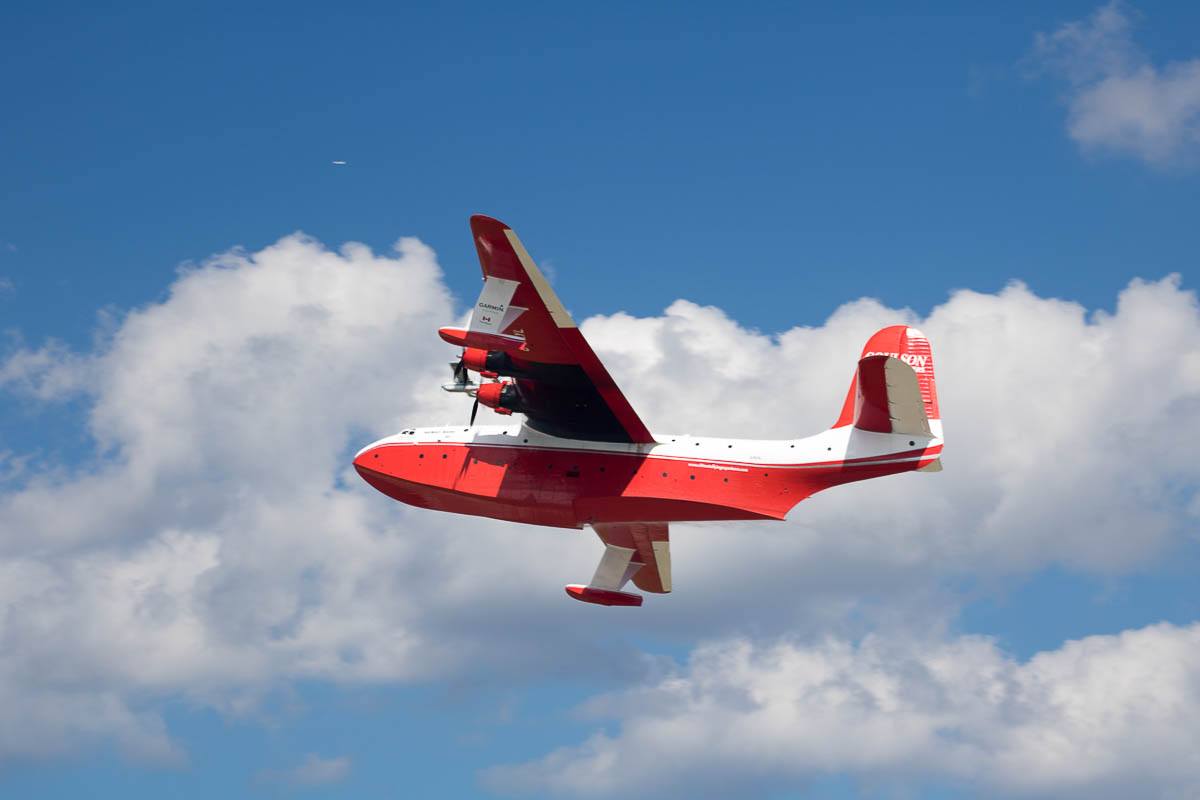 Food was easily accessible, and vendors included national chains as well as local favorites. Of course, being in Wisconsin, I had to get my fill of grilled bratwurst and fried cheese curds, and I also discovered one local favorite called “Corn Nuggets” that I will have to try to replicate for my wife, who, being a Midwestern girl, loves all things corn.

I had planned for an IFR departure, just in case, obtaining one of the IFR departure slots through the Special Traffic Management Program. Early on our day of departure we taxied out past a line of T28s getting ready for a formation flight. Our departure process was smooth and orderly, and I was again impressed with the workload that the controllers were handling.

I found the Oshkosh experience very enlightening. AirVenture is the largest cross sectional view of general aviation one can imagine. There’s something there for pilots and aviation enthusiasts of all ages and walks of life. If you are thinking about going, however, I recommend planning in advance, becoming intimately familiar with the NOTAM, and if you are intimidated by busy airspace and high workload, take an experienced pilot along for safety. 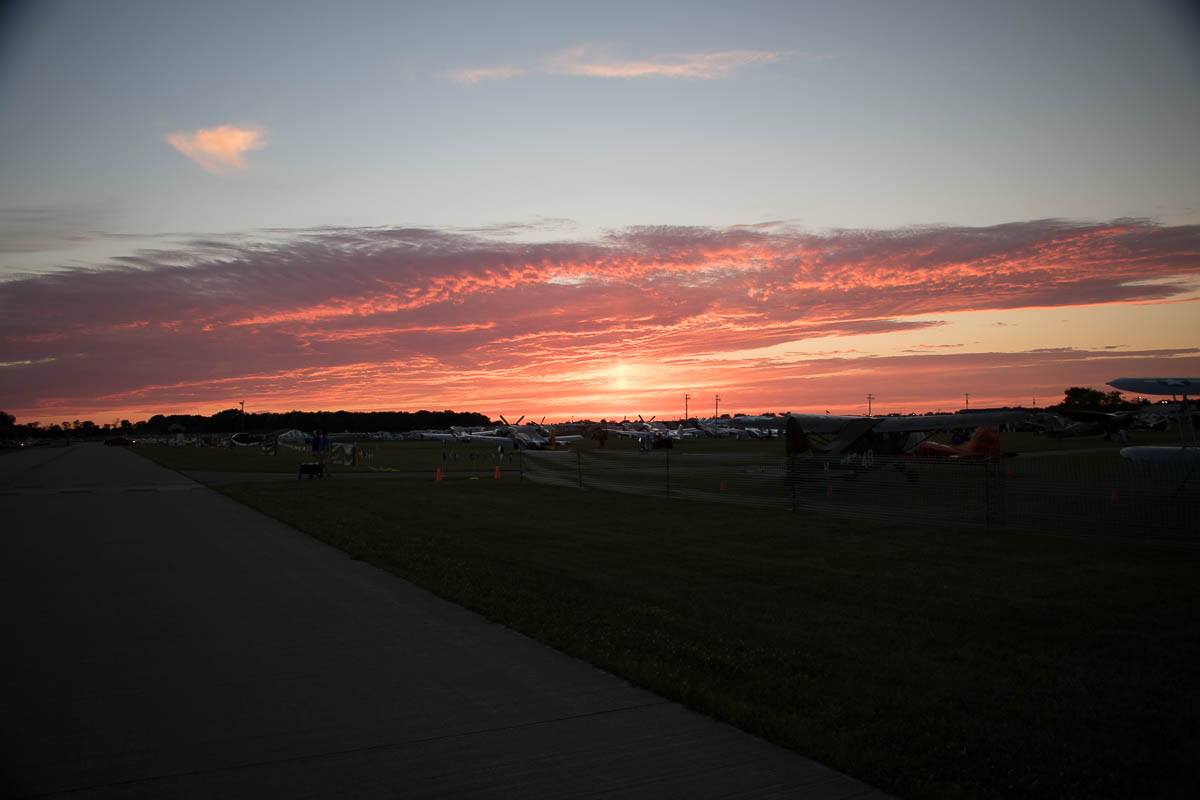