As pilots and aircraft owners, we are some of the luckiest people on this planet. Have you ever thought about it? We can, at a moment’s notice, break the bonds of Earth’s surface and take to the skies. We are not passengers on that journey; we are the ones in control. We require no ticketing; no reservations. Just as one can decide to get in their car and go on a hundred-mile road trip, we can decide to step into an aircraft and dance with the clouds.

How can we make use of this gift that we have been given; this skill we have worked so hard to refine, in a way that repays some of it forward? How can pilots help make this world a better place? No matter the cause that may be nearest to your heart, there are organizations all around you that can utilize your skills as a pilot.

gel Flight South Central is a Dallas-based organization that serves Texas, New Mexico, Oklahoma, Arkansas, and Louisiana. They exist to provide free transportation for people in need of critical medical treatment not available to them locally.

A patient with a specialized condition might be better served by a hospital or facility hundreds of miles away, but lack the resources to get there, especially if they require treatment on an ongoing basis like chemotherapy or dialysis. Angel Flight South Central exists to serve and fulfill those needs.

Volunteer pilots donate the use of their aircraft and accept all of the expenses necessary to ensure that the sick are able to acquire the treatments they need, regardless of the distance from home.

Because of the sacrifice and commitment of our volunteer pilots, we believe that no one has to be denied critical medical care solely due to the barrier of distance.

Angel Flight South Central also coordinates with similar agencies around the country to provide services to patients beyond their primary service region. If you want to get involved in other similar organizations in your area, check out the Air Charity Network. 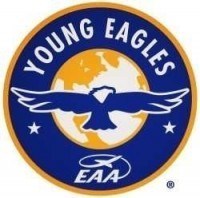 Odds are that if you’re a pilot you wanted to be a pilot since you were a child; something drew you to the wonders of flying. Maybe it was your first flight on a commercial aircraft. Maybe a family friend, or even a parent, took you up in a single-engine Cessna for the first time. Or, maybe you were hooked the second you saw your first plane fly overhead.

There is nothing quite like the look in the eyes of a child taking their first flight. The key, however, is to make sure that a child interested in pursuing a life at altitude has the chance to grow that interest and expand on it.

That’s where the Young Eagles program, run by the Experimental Aircraft Association, comes in. EAA is an organization dedicated to aviation in all forms. Once focused solely on member-built aircraft, EAA members now actively fly, repair, restore, and maintain aircraft of all types in order to show as many facets of aviation’s family tree as possible; from its antique past to its rotary-wing helicopter cousins.

Just how fanatical is EAA about flight? Headquartered in Oshkosh, Wisconsin, this is the organization that brings you the EAA AirVenture Oshkosh Fly-In & Convention every July.

As a way of ensuring that the love of flight is handed down to the next generation, The EAA’s Young Eagles program provides free introductory starter flights to any child aged 8 to 17. The Young Eagle is taken through all aspects of a flight, from preparations on the ground to what happens after you land. They may do a fly-over of the Young Eagle’s neighborhood or go get a bird’s-eye view of a familiar landmark. At the end, however, the child has had a front-seat view to every facet of flight – and it didn’t cost them a dime. All Young Eagle’s flights are completely free of charge.

This is an incredibly successful program. Since its inception in 1992, more than 1.9 million flights have taken place with a Young Eagle in the cockpit. 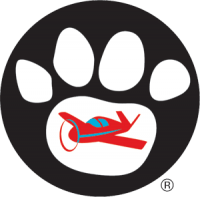 America’s homeless animals are in a crisis. According to the ASPCA, 7.6 million stray animals find their way into shelters every single year. Of those, 2.7 million will be euthanized. In fact, almost as many shelter animals, both dogs and cats, are put down as are adopted.

Pilots N Paws wants to change that. The organization believes that every shelter animal deserves the chance to be rescued, even if that means a flight to get to its new forever home.

Rather than coordinating and administering the process of securing flights for the animals itself, the organization uses a more decentralized approach. Using the power of the internet, Pilots N Paws’ web forums and message boards are used to identify and match animals in need of transportation with the pilots willing to fly them. This may mean a multi-legged trip involving two or more pilots and aircraft, all the way to arranging overnight shelter and care for a transported animal, and maybe some local resources for the pilot responsible for it as well.

Pilots N Paws members routinely check the boards to see if there is an animal in their vicinity that can be helped. At the same time, those with knowledge of an animal that needs transport can register for the site and make the group’s pilots and other supporters aware of their specific need. Once a match is made, members coordinate and work among themselves to ensure that the animal gets from point A to point B, and earns a set of wings in the process. 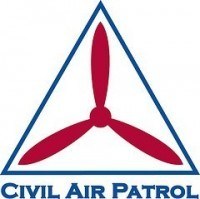 It’s 2:00 in the morning when your phone rings. The voice on the other end tells you that a group of hikers has gone missing and your squadron has been called to aid the search. An hour later you’re standing in the hangar receiving your briefing which details the highly coordinated search and rescue effort currently underway and that you will soon be an integral part of.

This is the life of a pilot in the Civil Air Patrol. Created in the 1930’s just before the bombing of Pearl Harbor brought the United States roaring into World War II, the Civil Air Patrol formed out of the desire of civilian pilots to play a role in the defense of their country, regardless of active-duty military status. The organization proved so useful during World War II, including the sinking of two submarines, that they maintained their ability to conduct operations even after the war had ended.

The Civil Air Patrol was officially made the auxiliary of the United States Air Force in 1948. Their charter was passed with 3 primary areas of focus: aerospace education, youth programs (referred to as cadets), and emergency services.

These three pillars remain today. Civil Air Patrol units across the country stand ready to assist in whatever ways they are called upon; from flying supplies and personnel into and out of disaster areas to conducting search and rescue operations and even missions at the request of Homeland Security or law enforcement. 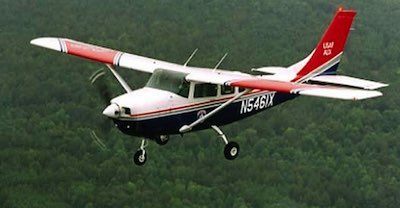 The Civil Air Patrol owns and maintains its own fleet of aircraft – primarily Cessna 172s and 182s – and qualified pilots use these aircraft to conduct operations. When not being used in mission status, Civil Air Patrol aircraft are flown to provide cadets the opportunity to learn about flying and to give them the opportunity to see first-hand what it takes to put a plane in the sky and safely bring it back down again.

Few organizations provide the variety of activities that pilots in the Civil Air Patrol can be a part of.

How Will You Give Back?

As you can see, there is no shortage of ways that you can volunteer your services as a pilot, regardless of the cause that may be close to you. Whether driven by a desire to help the sick, teach the youth, serve your country, or even to provide comfort to an animal that has suffered for far too long and just wants to find its way home, you can use your skills in the cockpit to make a real and valuable difference to the world around you.

We encourage you to look at these, and other, organizations. And, if you find an organization that you feel deserves a special mention, comment below so we can pass along word of it in a future post.