In my line of work, it is not often that I get to travel for work. When I got the opportunity to attend job-related training in Idaho Falls, Idaho, I was excited for the opportunity! And of course, I couldn’t go somewhere new without experiencing the general aviation scene in that area. Although my class ended Friday around lunchtime, I decided to stay for the rest of the weekend and leave Sunday afternoon in order to do some general aviation flying. I contacted a local flight school, AvCenter, about doing some mountain training in a Cessna 182P. I was put in contact with a great CFI, Bobby Picker, and we began to plan this great adventure. 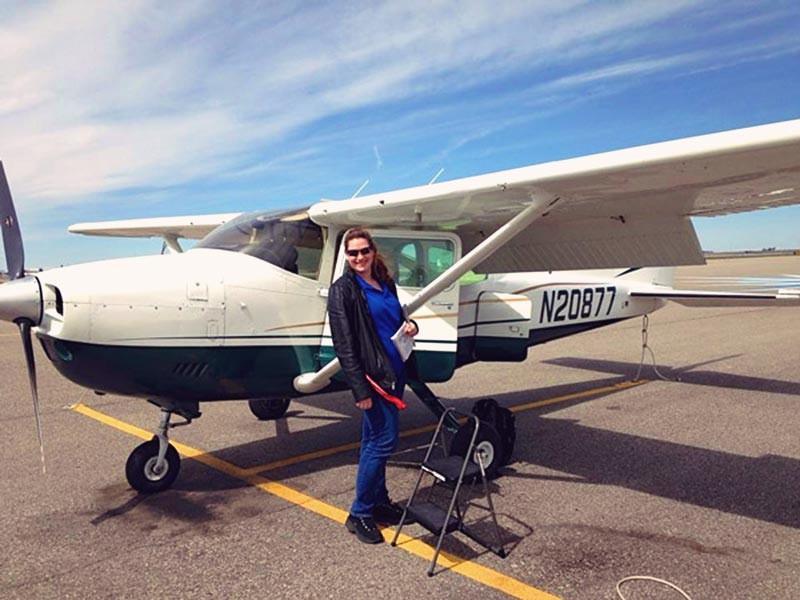 Friday afternoon is what I would consider a “warm-up” to the fun that was had on Saturday. We spent Friday flying around and taking in the amazing scenery around Yellowstone National Park, the Grand Tetons, and Jackson Hole, WY. The views were unmatched and something almost of another world. Our first stop was a little airport in Driggs, Idaho (DIJ) which was just west of the grand Tetons. They had a small warbird museum and an airport café that was open in the summertime for pilots to fly in for food. Seeing the beautiful snow topped mountains out the window was one of the best features of this little restaurant. The air was cool, crisp, and clean compared to the air in Houston. It was a beautiful place. 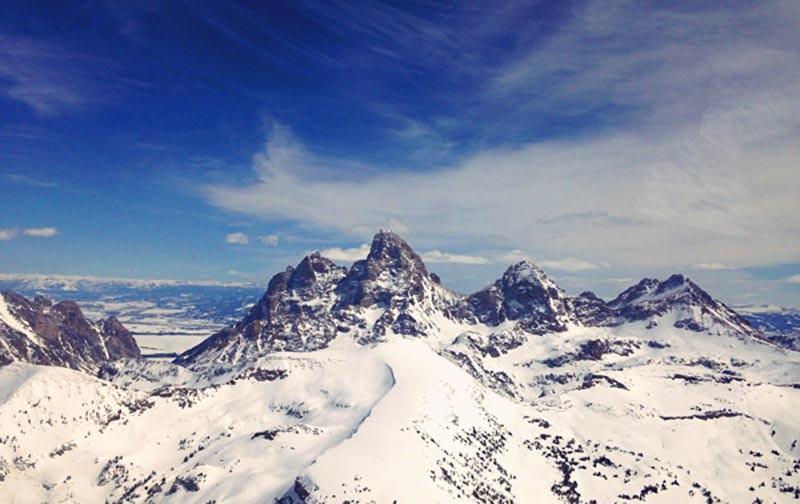 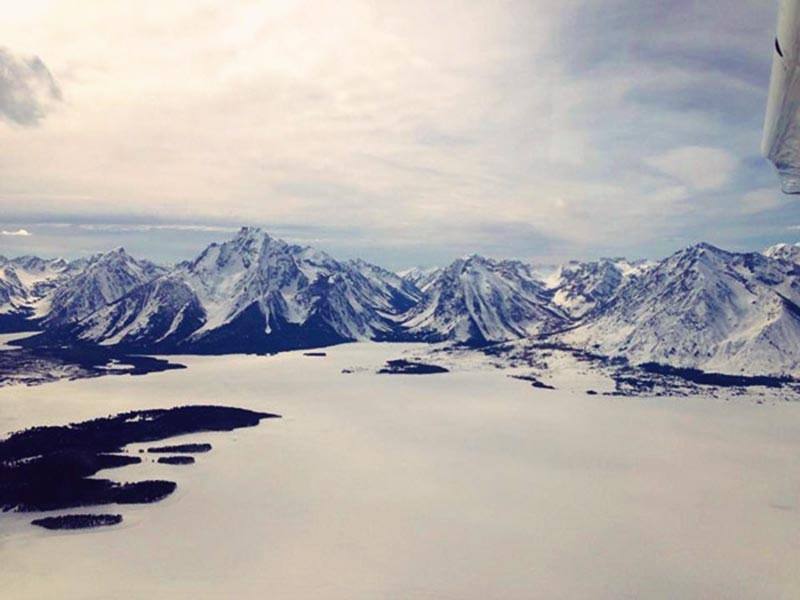 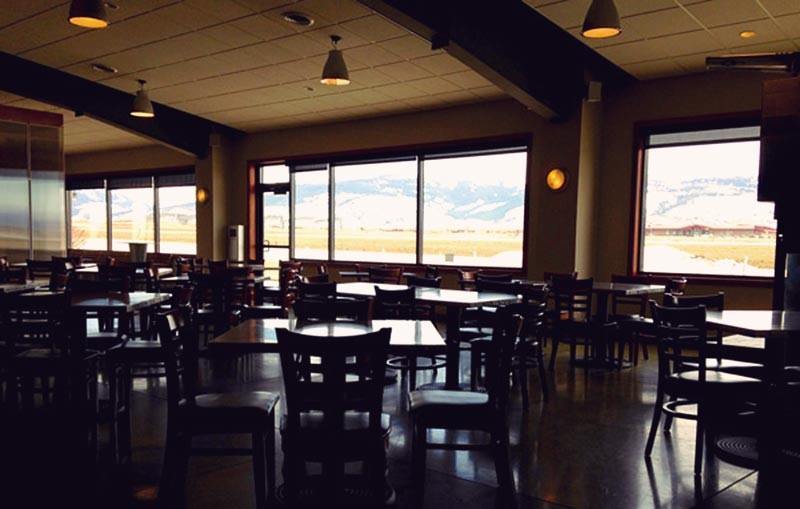 After departing Driggs, we flew over the Teons to Jackson Lake and then south to Jackson Hole, WY where we did a touch and go. Surprisingly, a few ski resorts were still open although it was somewhat late in the season for skiing. We flew along the valleys to our next stop, which was in Alpine, WY (46U). I would describe Alpine asthe place that “heaven met the earth”. It was an absolutely amazing airport community that was surrounded by beautiful mountain and water. The pilot lounge was a nice little shack next to the self-serve pumps that had a heater and furniture inside for visiting pilots. Instead of a courtesy car, the airport features courtesy bicycles which as a nice touch to the atmosphere of the community. This place is now on my list ofplaces Iwould like to retire! After departing Alpine we flew back to Idaho Falls and began making preparations for Saturday’s flying. 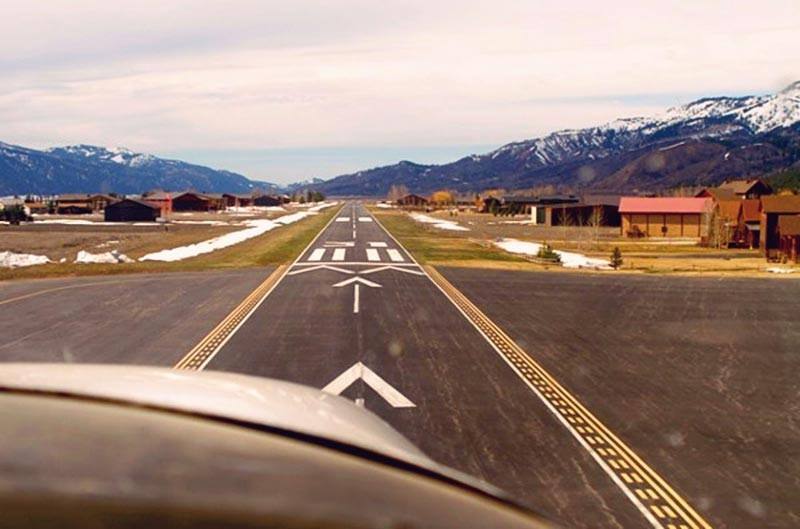 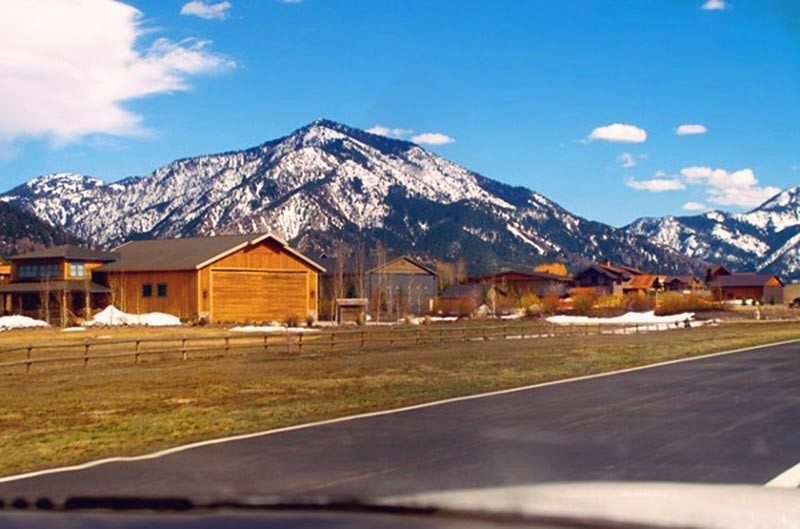 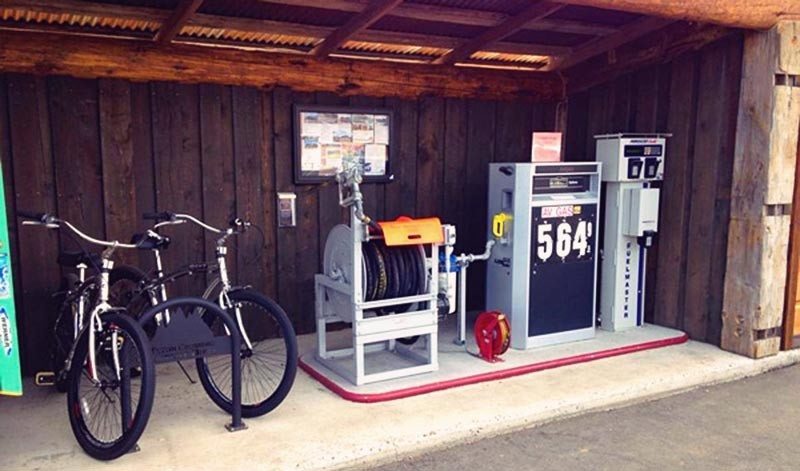 On Saturday, we began by warming up with a few local gravel airports in the area that needed soft/short field procedures in order to fly safely in and out of them. We flew to Midway (U37), Big Southern Butte (U46) and Hollow Top (0U7) which were in the desert valley just east of the mountain ranges. We got to see the craters of the moon national monument and the miles of lava covered desert floor from a volcanic eruption that happened many years ago. 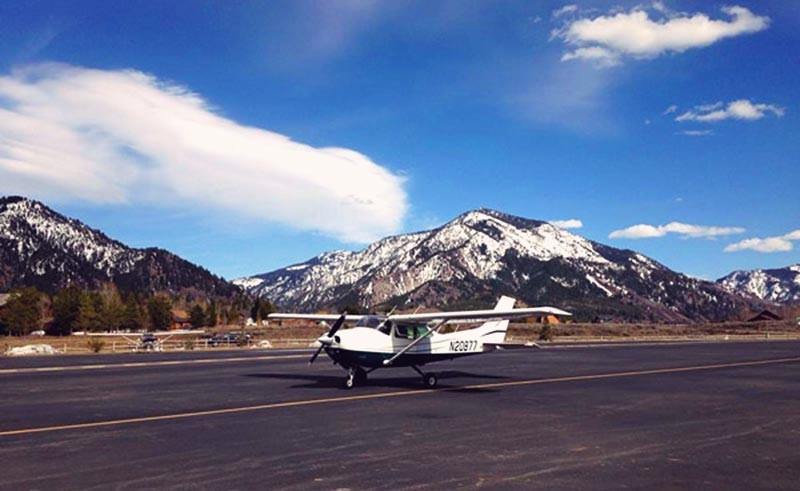 After that, the fun began. Our first airport that we went to was called Antelope Valley (U92), which featured a 3400ft turf runway at 680ft elevation. This one was a bit tricky to land at because of the high terrain surrounding it. By the time we were on final, my heart was racing. It was quite a rush coming into an airport while staring at high terrain just off the nose, thinking that if something went wrong you didn’t have a whole lot of options. My instructor assisted me in getting set up and gave me tips about flying into such airports. We landed uneventfully and took off in the opposite direction where we had more distance to clear terrain. We spiraled up to the top of the terrain and then headed over a ridge to our next airport, which was Copper Basin (0U2). This airport is the highest airport I have ever landed at having a field elevation of 7920ft and a landing distance of 4700ft. It was an absolutely beautiful area of the country and after we landed, we had to get out and take proper pictures. As we stopped the plane and got out, we could hear the wildlife in the distance with not a single bit of white noise or city noise. It was silent, calm, and beautiful – truly a place to be “one with nature”. There was a log cabin nearby but the area did not look like it was inhabited at all. Once again, words cannot describe the beauty of this area. 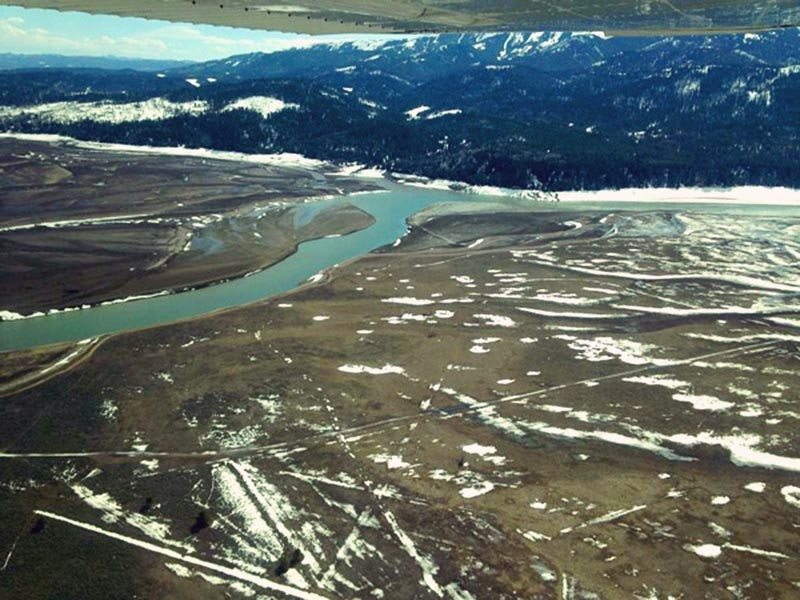 After getting pictures, we took off from Copper Basin and headed north over the mountains to Mackay (U62), which was a paved strip that was near a reservoir and river. Once again, another beautiful place in the mountains that I wish I could never have to leave! After Mackay we flew to Howe (U97) and then back to Idaho Falls. I was so sad when it ended but I know I will definitely be going back! 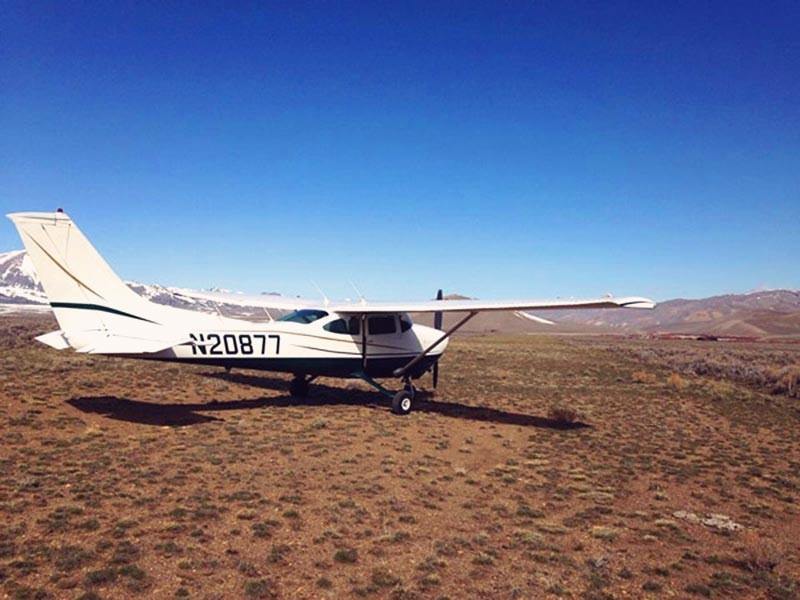 To this day I still think about the beauty in that area and how it is so much different from the city life (both living and aviation). It was an absolutely amazing experience that I encourage every pilot to see for themselves in one of the most beautiful places I have ever seen in my life. Of course, care needs to be taken as these areas are high in altitude and surrounded by high terrain, but filling the right seat with a good instructor is key to having a fun and safe experience! If you are ever in the Idaho Falls area, I encourage you to seek out AvCenter in Idaho Falls, ID and fly with them to explore and experience the great beauty of Idaho backcountry.