I have always had this theory that risky things should never be done out of a perceived necessity. I have no problem flying low in a Piper Cub on a sunny, cloudless day; but I will not fly low if it is due to weather. I have no problem hand propping a 1940 Taylorcraft that does not have an electrical system, but I will not hand prop the flight school’s Cessna 152 due to a dead battery. Under these theories, I am still assuming risk, but not for the wrong reasons.

Since I began flying, I have always felt a connection with older and vintage airplanes. It is something about the true meaning of aviation when flying in a wood and fabric built machine from the 1940s. There are no glass panels or GPS – all you have is a stick, rudder, and open window. You navigate only by looking outside. A fresh breeze comes rushing through the window on a hot Houston day. Your fuel gauge is a cork with a wire on the top of it on the nose of the airplane. In my opinion, this is the best type of flying. 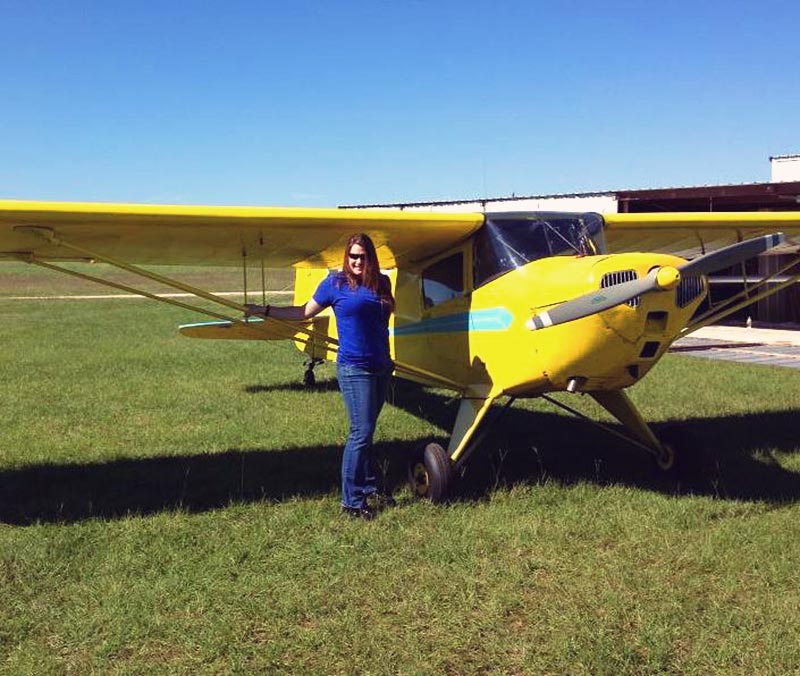 However, technology has done a lot for aviation. By far, today’s fleet of airplanes is much safer than the airplanes built back in the 1940s. The planes are now better equipped, more reliable, and more accurate. The term “situational awareness” has been invented. The G1000 system can literally tell you anything you need to know about what is going on with the airplane and all around you. I fly with the G1000 all over the country, and embrace the technology just as I embrace the old stick & rudder skills. However, a good balance is definitely necessary for any aviator. 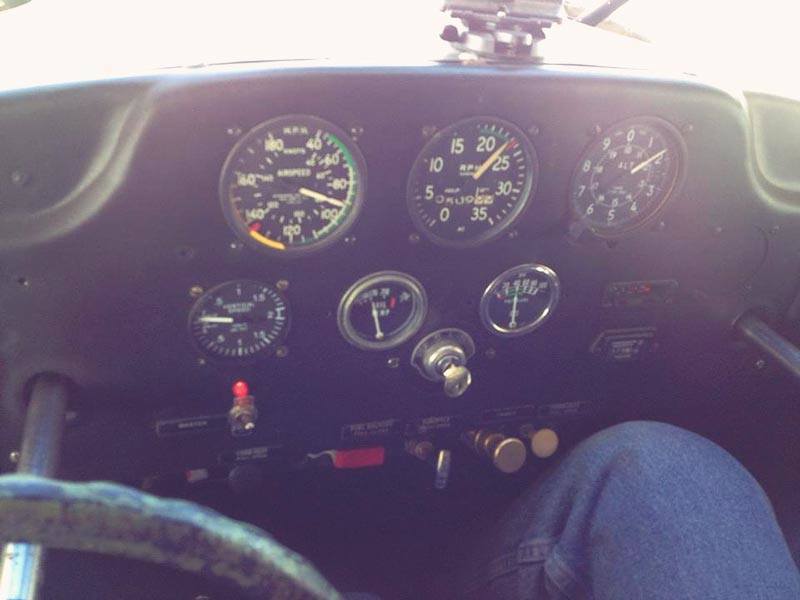 One of the risks that come along with some of the older airplanes is that they do not have a starter. I had become a regular at the hand propping process while I was building tailwheel time in a 1946 Aeronca Champ with a generous friend. I was familiar with the procedure, and familiar with the airplane. I had a lot of experience with heel brakes, and until this point nothing abnormal had ever happened with hand propping.

On a beautiful, sunny day, I decided to take a friend of mine flying in a 1940 Taylorcraft BC-12 with the 65hp engine. He had never been in such an old airplane and I wanted to show him the experience. It was equipped with pilot side heel brakes and even a parking brake. The parking brake was somewhat close to useless, but it was at least another line of safety. The airplane had a handheld radio with an external antenna, and was so old that it did not even have a mixture – just a fuel on and off lever. My friend was an experienced pilot, but had never seen heel brakes before and had never hand propped an airplane. We decided that I would be the one to pull the prop through, and he would be in the airplane.

I explained in detail what we would do and the verbal callouts to use. I explained that if the airplane started moving or got out of control, then he should shut it off immediately. I propped it uneventfully at the hangar and we taxied over to the fuel pumps and shut down. After fueling the plane, I went through the same process with him. On the second pull, the engine roared to life and the airplane started moving forward. The throttle was at a higher power setting than before. I expected him to at least pull it to idle but the power actually sounded like it was increasing and the airplane started moving faster. It then started turning toward the hangar and a car. I began yelling for him to shut it off, but the airplane did not shut off. I ran around the side of the plane, opened the door, reached in and shut off the engine. It came to stop less than 10 feet from hitting a car. I was pretty upset, but realized that more could have been done to prevent it. I should have pulled on the prop to make sure the brakes were really set. I should have chocked the wheels even though it was a pilot at the controls since he was unfamiliar with the airplane or heel brakes. Should have, should have…

Overall, the lesson learned was to err more on the side of caution. Once again in the risk management process, you learn to identify, assess, and mitigate risk. If all else fails, prop the airplane as if there was nobody in it. That includes chocks and tying the tail down. If someone is familiar with the airplane and has done it before, then maybe the tail tie down may not be needed. It was a valuable lesson in both human behavior and risk management. Overall, I hope that you can apply this to more than just hand propping. Account for all of these “what ifs” when planning every flight. Do what you can to mitigate it, and then accept the risk if it is worth it. And as always, fly safe!