First Solo flight in IMC and Circling Approach at Night

First Solo flight in IMC and Circling Approach at Night

There are many things in aviation that you can train for but are drastically different when experiencing them first hand. As a new instrument rated pilot, I was fresh out of training and ready to take on the real world. However, my training did not remove the danger of what I was about to embark on.

Almost every story of a near miss or dangerous situation begins with a routine flight. I was flying a Civil Air Patrol owned Cessna 182Q from Hooks airport to Pearland to get my tailwheel checkout in the Bay Area Aero Club Citabria. The entire flight to Pearland was VFR and I didn’t think to check the attitude indicator or heading indicator on the way down there. After finishing my tailwheel checkout and talking to a few friends at the airport, I noticed the weather had deteriorated. I checked the weather and the ceilings had developed at 1000ft overcast all over Houston. I thought this was a great opportunity to use my newly acquired instrument rating, and filed my IFR flight plan back to Hooks. This would be the first time I had flown in IMC solo since getting my instrument rating. 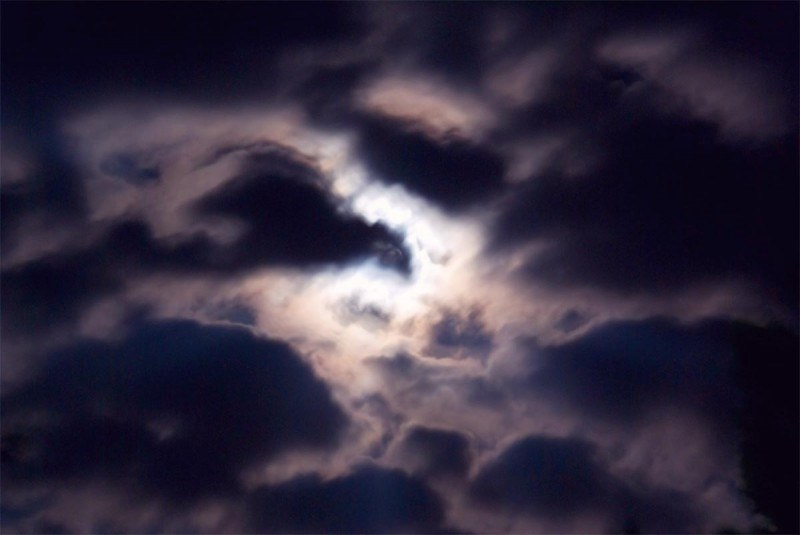 By the time I was finished with my pre-flight and started up the airplane, it was dark out. The CAP airplane was equipped with only VOR and DME, therefore I had no RNAV capability. The winds were very strong out of the north and about 20 gusting to 25 knots. I took off on runway 32 in Pearland and began my journey. I transitioned to instrument flying as I went through the clouds after taking off. The clouds would get bright and dark and fluctuate between both, which was a little disorienting at first. As I leveled off and my attitude indicator read straight and level, I noticed that my altimeter and airspeed were showing a descent. I raised the nose slightly to stop the descent, and the attitude indicator was showing a climb. I thought to myself “this can’t be right”, and then ATC called and asked me if I was on the right heading. I had rolled out into a 270 heading, but when checking my compass, it showed about a 300 heading. Both the attitude indicator and heading indicator were delayed and not showing the correct readings after turns and climbs. I started to get nervous and began sweating. I was already anxious enough from my first actual instrument flight, but the faulty instruments were messing with my head, as well as the fluctuating lights in the clouds.

I realized that I was forgetting to change power settings during climbs and descents, and the anxiety was preventing me from remembering the compass errors and how to turn to headings with the compass. Since I was not RNAV equipped, there is only one approach into Hooks Airport that I can do – the Localizer 17R. I figured I was going to circle to land 35 since the winds were so strong. As I began the approach, I kept thinking to myself that I was going to have a meltdown if I had to go missed. More than ever I wanted to be on the ground, and I would not have called my flying skills very good in the moment. I caught myself turning and descending unintentionally, and I had a death grip on the yoke. When I broke out of the clouds around 800ft, I saw the runway and began circling. The visibility was very low and I could see the mist reflecting in the landing light. I knew I had to stay close to the runway to avoid losing sight of it, and I continued my close and low traffic pattern.

I was extremely fixated on the runway, and as I turned base, something just told me to look down at my airspeed indicator and to my surprise I was only a few knots away from entering an uncoordinated stall – something I never thought I would even get close to. All I could hear was my heart beating in my head, and neglected to see any other clues that I had gotten slow. I immediately put the nose down and recovered, but had it not been for that split second to look at my airspeed, the entire event could have had a very different outcome. I landed uneventfully, and after shutting down the airplane at its parking spot, I literally got out of the airplane and kissed the ground. The airplane was now wet from the mist and I was very thankful that I made it home.

After this flight, I decided to go up with my instructor for a few more hours and get practice in IMC before going solo again. Being in actual IMC is much different from wearing foggles, and a real life partial panel situation and circling approach at night is very different from training. Only after I got additional training and felt comfortable in IMC again did I go solo, and this proved to be a very valuable lesson that could have been learned with a much higher price. I hope that people use this story to truly understand how dangerous circling approaches are at circling minimums – especially at night. The subject is not to be taken lightly, and there have been many fatal accidents that have resulted from this. 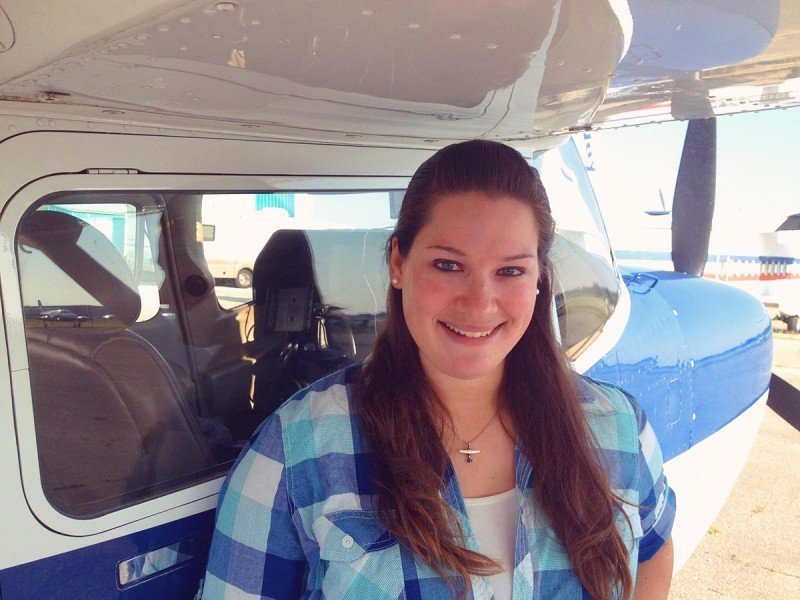 I should have checked the airplane on the way down there to see that the attitude indicator and heading indicator were not reading right, which was an error on my part. I have added circling approaches to my list of personal minimums with the rule “not at night”, and will continue to make safety a priority by only flying at the levels I am comfortable at.

Sarah Rovner is a commercial airplane pilot and CFI based in Houston, TX who enjoys flying her G1000-equipped Cessna 182 for personal and business travel. She is also active as a mission pilot in theCivil Air Patrol, a humanitarian pilot with Angel Flight, a tow pilot for a local glider field, FAASTeam Representative and EAA YoungEagles pilot. She enjoys flying to and exploring new places.