Antique. I couldn’t think of a better word to describe what I was staring at more aptly. A plane more than twice my age. Not surprisingly enough, it was probably a lot better-looking than me. For being so old, the plane was in fantastic condition. It is amazing what routine maintenance can do for the lifetime of an aircraft. I was standing in front of a 1961 Mooney M20B, and it was a beautiful sight.

I have had the pleasure of flying an aircraft that was old enough to be my father… you know, if planes had kids. You might think that someone used to flying in the newest, most technologically-advanced aircraft on the market wouldn’t even think twice about flying a plane that’s been around since before we landed on the moon. You’d be wrong. This 1961 Mooney is a blast (from the past)! It is every ounce a capable airplane. It has provided me the opportunity to refine my skills, study new systems, and hone my capabilities as a “real” pilot.

We remember the days of training for our private pilot certificate. We remember pilotage, dead reckoning, radio navigation, navigation logs, and sectional origami. We remember just enough about those to remember why we love GPS. Unfortunately (depending on how you look at it), the Mooney is all 1961. No GPS. No NEXRAD. No TIS, PFD, MFD, HSI, or any of the familiar TLA’s (three-letter acronyms) we know and love. However, this Mooney is equipped with VOR receivers, an ADF, and… an original, real-life, modern day fossil: the KNS 80 RNAV Unit. I’ve gone from the familiar, comfortable realm of navigating direct-to fixes in a GPS database back to the basics of stations, bearings, distances, headings, groundspeeds, and, lest we forget, looking outside! To be honest, I’ve never felt more like a competent pilot. After all, the minute you find yourself in an unfamiliar, challenging situation in which you are left to your own devices and cunning, you find out of what you are made.

Going back to the basics, the skill of pilotage is somewhat of a lost art. To recap, pilotage is the correlation of visual checkpoints on the ground to their depictions on a map. Much of my flying was done in the Pacific Northwest. Pilotage was easy. Keep the big mountains to the east, the little mountains to the west, and I couldn’t get lost. Texas has offered me a surprise in the pilotage department. No longer do I have the beautiful, pristine peaks of the Cascade Mountains to guide me. Instead, I find myself using railroad tracks, coastlines, uniquely-shaped bodies of water, oil fields, and the ever-expansive highway system (as we all know, IFR stands for “I Follow Roads”). Being thrust into a relatively unfamiliar environment with nothing more than a sectional and a pair of eyes is stressful and exhilarating. To be able to navigate a route successfully, West Houston to Corpus Christ for example, is rewarding. Still having my pilot certificate afterwards is icing on the cake. Looking at a sectional I would assume the entirety of Texas airspace belonged to the military!

As I previously mentioned, the plane has a KNS 80 RNAV unit. If you’re not familiar with true RNAV, don’t worry, you are not missing much. That being said, learning how to use a unit that is, by all means, outdated, and yet extremely functional, has been one of the most contradictorily enjoyable things I’ve done in aviation. The basic operating principle is as such: the unit is able to take your current DME and bearing from a station, locate you in space, and navigate to an imaginary point at another DME and bearing from that station. You no longer have to fly TO or FROM VOR’s, but can instead follow routes bypassing the VOR. This is the original, pre-GPS direct-to function! 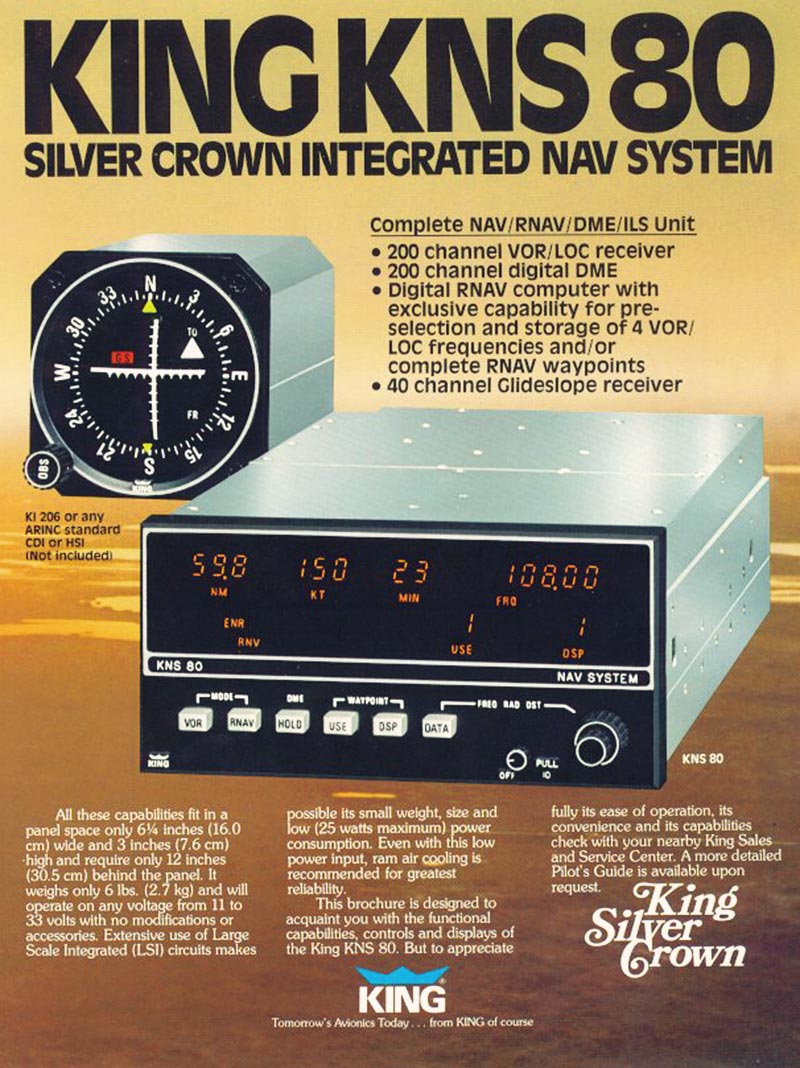 Last, but certainly not least of the Mooney’s quirks: manual, retractable gear. Mooney Aircraft only used the manual gear system for a few models before switching. Most aircraft use a combination of electric power and hydraulic pumps to retract and extend the gear. In this bird, it’s all elbow grease. The handle locks into the panel, directly under the throttle, when the gear is down. To retract the gear, the handle is unlocked and rotated from the vertical position to the horizontal position in between the pilot and co-pilot seats. The real trick is getting the gear retracted and locked. You see, most complex-aircraft pilots are taught to keep the gear down on takeoff until completely out of usable runway. That was the theory I prescribed to when I started flying this plane. I will tell you this, it doesn’t work well. The Mooney gear is easiest to retract at low airspeeds. For this reason, Mooney pilots are taught to retract the gear as soon as safe after liftoff. Most pilots (formerly myself included), would consider this behavior unnecessarily risky, labeling the Mooney pilot as a showoff. Little do they know that early retraction of the gear is the safest, most efficient way to fly the airplane. As the airspeed builds, I can tell you from experience that the gear becomes extremely difficult to lock in the down position. 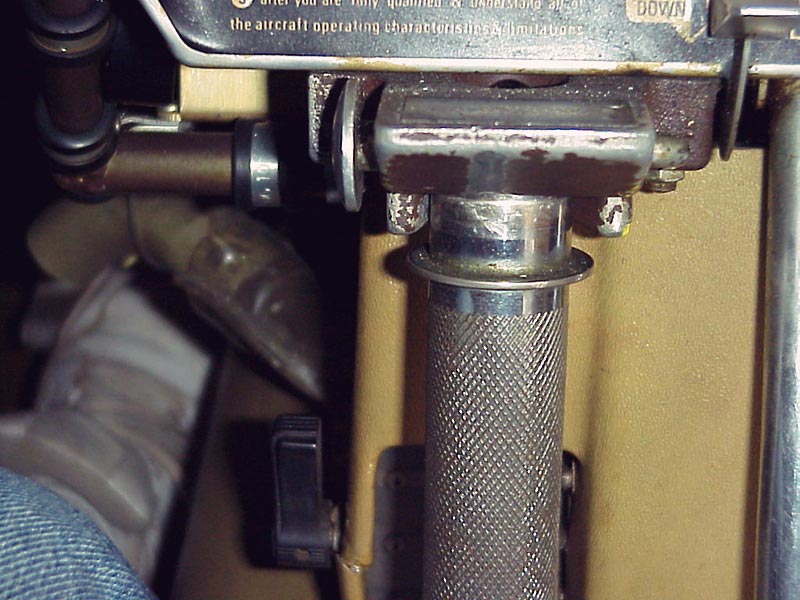 If you are ever looking for a fun, challenging, and yet conversely straight-forward aircraft to fly, the 1961 Mooney M20B offers all of the above. While not overly complex in its systems, the plane requires enough tasks to be a formidable beast while still providing the pilot with the sheer joy that is the unadulterated flight.