DULUTH, Minn., Jan. 17, 2013 /PRNewswire via COMTEX/ — Cirrus Aircraft today introduced its new SR-Series aircraft lineup for 2013, which is dominated by an order of magnitude increase in load carrying capability for the best-selling SR22 and SR22T. Increasing the certified gross weight to 3600 lbs. (1,633 kg) for both SR22 and SR22T, this new utility and flexibility allows an extra person and substantial extra baggage or cargo all while carrying more fuel in both of these 5-seat aircraft. 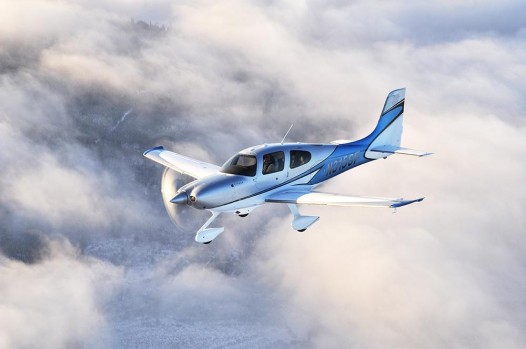 The changes for 2013 make the SR22 and SR22T the highest in-class useful load aircraft available today. A standard SR22 not only achieves true “four-seat airplane that can carry four people and full fuel,” but SR22 and SR22T models now have five seats total and can carry all five FAA-standard passengers non-stop and in comfort over 700 nautical miles.

“Innovation is the unique hallmark that makes Cirrus aircraft safer, easier to fly, higher performing and more versatile year after year. Given that record of design achievement, the number one request we receive from Cirrus owners and prospects is increased load carrying capability. Today we are very excited to announce our fifth generation airplane, the 2013 Cirrus SR22 and SR22T, and deliver even more mission flexibility in the most preferred airplane in general aviation,” noted Todd Simmons, Executive Vice President, Sales and Marketing at Cirrus Aircraft. “A new standard has been set by our Engineering team that has worked tirelessly to certify this airplane to 3600 lbs. gross weight and deliver an uncompromising new generation of Cirrus SR-Series aircraft.”

Generation 5 is the name given to the airframe change required to achieve the step-change improvement for the 2013 SR22/SR22T. The entire aircraft design was analyzed from spinner-to-tail and many parts and systems reengineered and redesigned to accommodate the increased airframe load, aerodynamic improvements, improved flight performance and the Cirrus Airframe Parachute System(TM) (CAPS.) Substantial testing, including a new series of CAPS parachute test drops, was conducted for validation. Significant changes for 2013 have been made to the CAPS system including an increased canopy size, a new rocket extraction system that propels the parachute upon activation, an advanced technology electrical rocket igniter and lighter and stronger construction materials. Other airframe upgrades included strengthening the carbon fiber, single part wing spar, the landing gear and a new flap system allowing extension to the first position at 150 knots.

Deliveries of the 2013 aircraft are already underway.