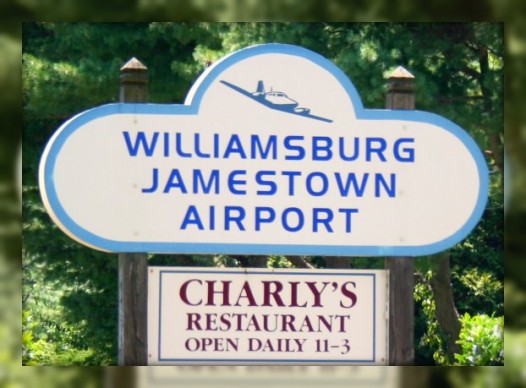 When I hear Williamsburg and Jamestown, Virginia, pilgrims and colonists are the first images that flash into my mind. I see Thomas Jefferson riding down dirt roads in between beautiful, huge homes with one of those white wigs on. I envision Indians lurking around the outskirts of town, some friends and some enemies. But then I remember, that was 200 years ago.

Nowadays, the town of Williamsburg is filled with tons of cool, old buildings built around the time of Thomas Jefferson. The College of William and Mary is nestled in the middle of town, hard to miss as one drives by (you actually have to maneuver around the campus to get from one side of town to the other). One noticeably unusual thing we discovered was the heat wave you have all heard rumors of up north. It was steamy! The high on the day we were there was 102. Those Yankees don’t quite know how to handle that! 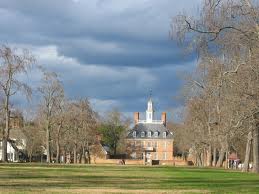 College of William and Mary

We departed West Houston Airport (KIWS) with a plane full of people and fuel to the tabs. As most pilots know, it’s quite difficult to take four people in any four seater airplane with full fuel and this was no exception. It forced us to make stops about every 2 to 2.5 hours, which I didn’t complain about. Gave us the chance to stretch our legs a little more often.

Our goal was to stay VFR all the way up to the East Coast. There were pop up thunderstorms forecast for our entire route, so we were ready to duck, dive, and dodge as need be. The first leg from West Houston to Hawkins airport (KHKS) in Jackson, Mississippi was uneventful. After leaving the Houston area, we had clear skies and smooth air. Hawkins is the general aviation airport for Jackson. It was the 4th of July, but we had called ahead to verify the FBO was going to be open for fueling.

After a pit stop, some snacks, and a quick glance at the radar, we were off again. The day was wearing on to the afternoon as we took off, which meant we were probably going to have some isolated thunderstorms to deal with on our way to Knoxville, Tennessee (KTYS). Our assumptions were correct as we had several cumulonimbus and towering cumulus clouds we had to maneuver around. Using our eyes, NEXRAD, and ATC, we successfully avoided the handful of thunderstorms that were on the way.

It was a slow day in Knoxville when we landed. The line guy at the FBO said most everybody had gotten out of there the day before so they wouldn’t have to travel on the holiday, which explained the quietness of the airport. After more fuel, more snacks, and another pitstop, we were off to our final destination.

The terrain got much prettier the further north we got. The area surrounding Williamsburg is full of forests and rivers, a pretty sight for the end of the day. The tricky thing about the Williamsburg airport is actually spotting it. It’s a short runway (3,200 feet long) surrounded by woods on all sides making it hard to spot coming from the west. We eventually did see it (only 4 miles from the runway!) and made a successful landing to end the day.

The next day, we flew to Farmville, Virginia (KFVX). Yes, there is actually a town called Farmville, it isn’t just a Facebook game. The owner’s wife had some family there who we were going to visit. That’s one of the nice things about being an aircraft owner. It allows pilots to get to hard to reach places much easier to see friends and family that they haven’t seen in years. 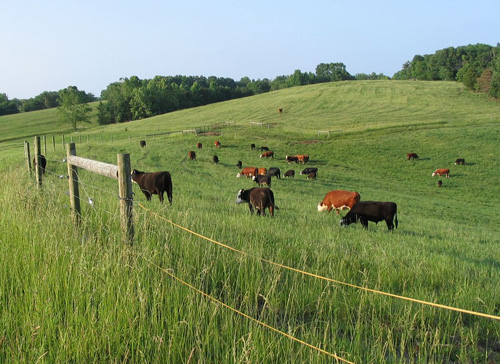 As you would expect, Farmville was very quiet, though we did meet a pilot there in a Mooney 201 who was on his last leg of a month-long journey around the United States. It wasn’t any cooler in Farmville, either.

Georgetown, Kentucky (27K) was our next leg the following day. Georgetown is north of Lexington in the middle of horse and tobacco country. I kept seeing these barns painted black and I was very confused. Barns are supposed to be red, right? Well, apparently, tobacco growers paint their barns black then set the tobacco in them to dry out. You learn something new every day. If you do make it to Georgetown, drive over to Paris, Kentucky and have dinner at the Windy Corner Market. The Po’ Boys are great (I had the Bayou Boy with fries), the burgers looked epic, and their selection of sweets was mouth watering. If you’ve never had fried pickles or fried bell peppers, this is the place to try them. The canned roadkill for sale was a little scary sounding, but, it is an authentic Kentucky restaurant after all, right?

Our last day we made one more family visit to Terre Haute, Indiana (KHUF). The high was 107, so we strayed outside the air conditioned plane and the air conditioned FBO as little as possible. After some lunch and some waiting for storms to move off our route, we heading south to cheap fuel in Morrilton, Arkansas (KBDQ).

Upon arrival in Morrilton, we were happy to find cheap fuel ($5.40/gallon), but were disappointed that the number to call the crew car resulted in no answer. So, for dinner, we made the short hop to Conway, Arkansas (KCWS). We ended up eating at Zaza Specialty Salads and Wood Brick Oven Pizza Co. May I just say, yum. Don’t miss this!

After waiting for more weather to clear up in Houston, we set off on the final leg of our journey. All in all, we managed to meet our goal of staying VFR the entire time (hard to do considering the mileage we flew). We only had to maneuver around a handful of storms, but we were able to stay in smooth air too. If you get the chance, go check out historic Williamsburg. It’s well worth the trip (though I’d let it cool off a bit first!). 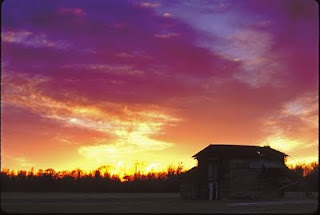