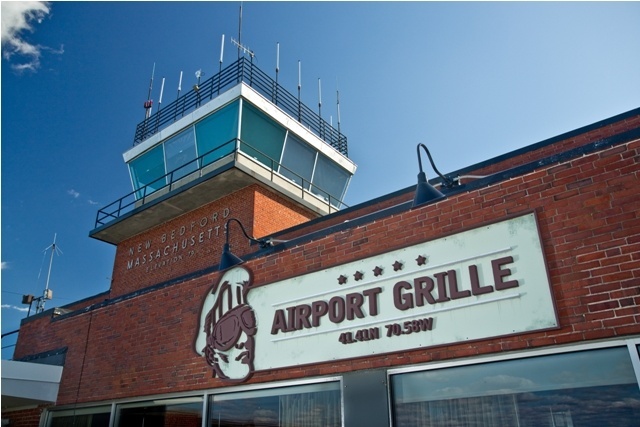 Souls on Board: 2 going, 3 coming back

Total Flight Time: 20 Hours (this includes the trip there and back, plus a sight seeing trip around Cape Cod)

Cape Cod is beautiful. This was my first time seeing The Cape and it was gorgeous, both from the ground and from the air. All the inlets and sail boats dotting the landscape with all the green forests on the land added up to a spectacular landscape. We were able to take a day to fly out over Cape Cod, then down to Martha’s Vineyard for dinner, and that is a must do flight. Truly splendid.

We departed West Houston airport (KIWS) on a bright, hot, sunny June morning. The weather was mostly good over our route. There were some rain showers forecast over Virginia, Washington, DC, and New York City, but as a whole, the weather was pretty good. The owner of the plane is a VFR pilot, so the goal was to try and do the whole trip VFR. I was backup just in case we had to fly through some clouds.

We flew down the I-10 corridor before being turned north outside of the Houston Class B airspace. We then headed for our first stop, Hamilton, Alabama (KHAB). We found a quiet airport out in the boondocks in Alabama (that is probably said of a lot of Alabama airports). The runway was long and wide, and the desk guy was very nice. He gave us directions to a BBQ joint, that was not quite as good as he made it sound. The fuel was cheap, though, and we were happy.

Our next stop was Luray, Virginia, about 100 miles southwest of Washington, DC. This was our planned point to begin our route around the DC airspace. The Luray Caverns airport (KLUA) is surrounded by beautiful terrain and is nestled in a valley in the Appalachian mountains. We were the only plane for miles around. It is a very quaint, but very well kept airport. I highly recommend it. 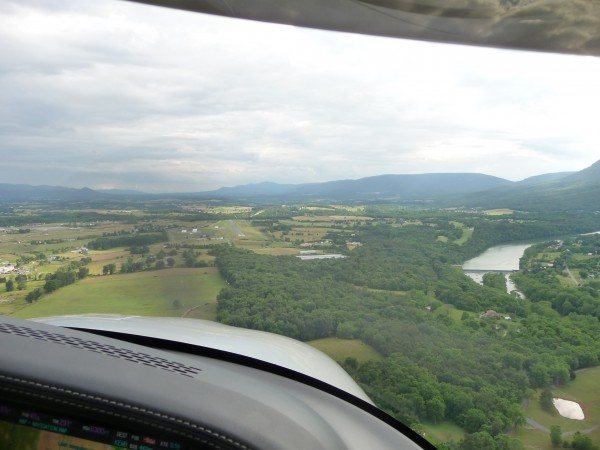 From there, we went north to go around the DC airspace, flying to the Altoona VOR (AOO), then east to the Sparta VOR (SAX). We got close enough to see some of New York City, but there was a massive thunderstorm over the City and ATC kept issuing wind shear advisories, so we didn’t have a great view. The thunderstorm was pretty cool looking.

By the time we were past New York, the sun was starting to set, so we weren’t able to take in the full beauty of the countryside. New Bedford is east and a little bit south of Providence, Rhode Island, so we flew over the Greenwich Bay and into New Bedford at night.

The next day, we flew out over Cape Cod, landing at the Provincetown Airport (KPVC) and the Martha’s Vineyard Airport (KMVY). If you get a chance to go up to the Cape Cod area, this is a must fly route. It is beautiful. There is a picturesque light house on the very tip of the land just west of the airport at KPVC. Flying down along the Cape, you are able to see a lot of very pretty real estate and scenery. We ate dinner at Flatbread Pizza on Martha’s Vineyard that was really good. They have their own root beer on tap! 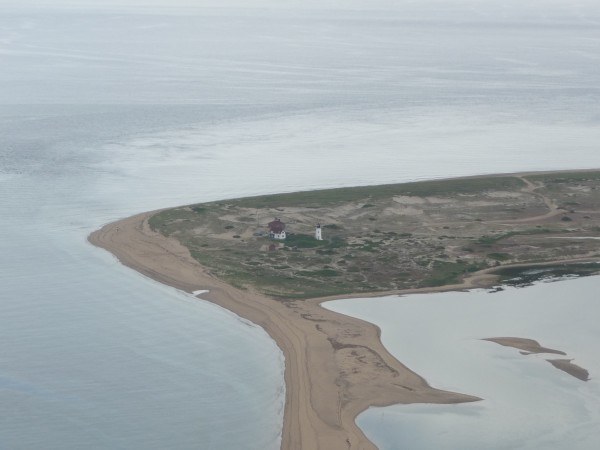 Provincetown, MA Lighthouse on the tip of Cape Cod

The following day, we set off back south, leaving the pleasant temperatures, bound back for the Houston summer. We were keeping an eye on the weather during our first leg to the Upshur County Airport in Buckhannon, West Virginia (W22). Storms were forecast for the evening in Houston, so we decided to spend the night in Norman, Oklahoma with some family. If you ever do make it to Buckhannon, West Virginia, eat at CJ Maggie’s Restaurant downtown. You won’t regret it!

The original plan from W22 was to stop for fuel and the bathroom at KCRX, Roscoe Turner Airport in Corinth, Mississippi. With our destination change for the evening to Norman, we decided to point more north and settled on Dyersburg, Tennessee, KDYR. We probably had our least helpful line guys at this stop, but they were still a lot better than some. From there, it was on to Norman, KOUN, and a homemade pot roast. KOUN is a nice airport with very helpful tower controllers. There is a relaxed cafe inside, but be warned: those Okies aren’t kidding when they talk about their wind.

We left the next afternoon on our final leg, KOUN back to West Houston, KIWS. The air was clear, but we could definitely tell we were back in the south (hello heat!). Thank goodness for airplanes with air conditioning, right? We skirted the Dallas Class B airspace and before you knew it, were back home. 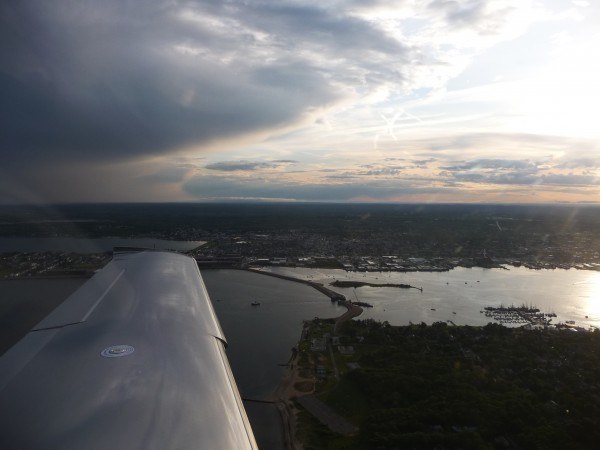 All in all, the trip was a blast. It was a lot of flying, but the countryside was well worth it. Plus, when we got out of the plane in New Bedford our first night, we were shivering! In June! Well worth it if you ask me. 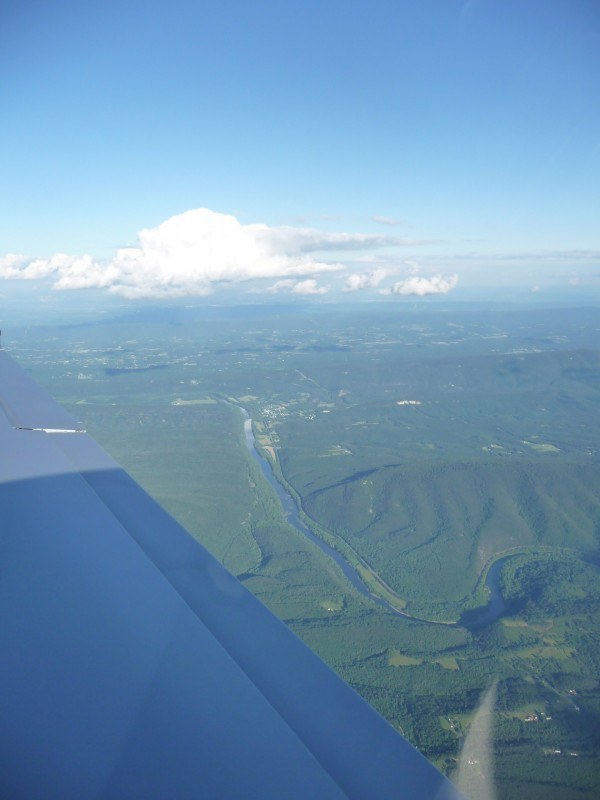 Appalachian Mountains from the Air