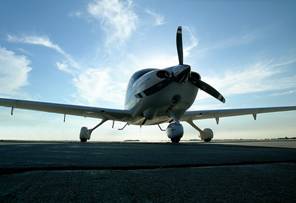 It’s been a few weeks since we left off with this series, but I promised a write up on Avidyne failures in a Cirrus, and I’m a man who keeps his word. Most anyone who flies a Cirrus has shot an approach or two with a display failure in their initial transition course or during an IPC. But, sometimes, pilots go for a while in between those practice failures and get a little foggy on how to handle them. I hope to alleviate any confusion. 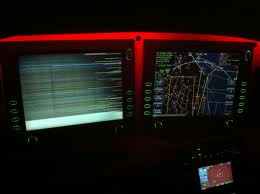 The nice thing about an Avidyne is that if you have any kind of instrument failure, the procedure is the same. The most likely failure will be a PFD or MFD failure. With a Garmin, when this happens, the two screens automatically merge into one on whichever display is operating. You’ll have the engine gauges and the flight instruments together, similar to how they look upon system start up.

Not so with the Avidyne. There is no cross-display communication. Whatever is on one display, the other display has no way to ever, no matter what, display that information. So, the flight instruments will always be on the PFD and the Jepp charts and detailed engine information will always be on the MFD. We’ll discuss what to do with a MFD failure a little later, but here’s how to cope with a PFD failure.

Let’s say you’re flying along, fat, dumb, and happy (figuratively, of course) at 11,000 feet. The handy S-TEC autopilot is flying the airplane and you’re already thinking about the hamburger you are going to have for lunch. To make things more interesting, you’re in the middle of a cloud deck with bases at 800 feet and tops all the way up in the flight levels. Scatter in a little turbulence just so you don’t fall asleep, and we’ve got ourselves a scenario.

Suddenly, the PFD goes pitch black. As panic begins to set in, you take a deep breath and begin to proceed to dig the procedure for a display failure out of the back of your mind. First things first, what has actually failed? There are two possibilities here: either the PFD itself or the back light. How can you tell? Why, the bezel keys of course. If the bezel keys around the PFD are still lit up, then the back light has failed. If they are dark, then the PFD has failed.

Now that we’ve got that out of the way, we can move on to how to fly the plane. As I mentioned before, you handle either failure the exact same way. The first option is you could hand fly the airplane using your standby instruments and compass, alerting ATC that you have an emergency (you should still call them whenever anything fails). That doesn’t sound like any fun, now does it? Why not have the autopilot still fly the plane? What’s that you say, it didn’t work? I disagree!

Pull out your checklist and open to the diagram of the circuit breaker panel. Find the two PFD circuit breakers (they should be the fourth from the top on the first and second rows, but always check your own plane first; it will say HSI/PFD next to the breaker), reach down, and pull both of them. This will completely shut down the PFD and the autopilot will no longer be taking information from it. That was the hard part. The easy part is push NAV twice on the autopilot, putting it into GPSS mode, and make sure the Garmin 430 is setup to fly where you currently want to go.

The autopilot is now taking it’s information directly from the GPS. We figured out the lateral navigation, but how to descend and level off? Again, not too complicated as long as you bring your mind along. When you are ready to fly an approach, you have to select an RNAV approach because this is the only NAV source available to you. To descend, simply press the VS (vertical speed) button on the autopilot, twist the knob to set in a descent rate (500-800 feet per minute), and down you go. You must watch your altitude on your standby altimeter and when you get to within 50 feet of your altitude, press the ALT button on the autopilot. It will capture and hold your altitude. If you don’t, your airplane may end up looking like this. 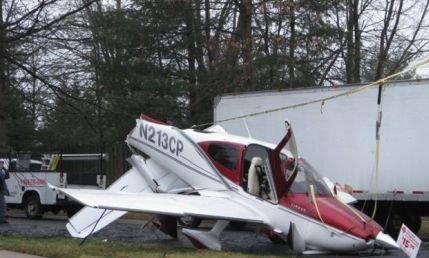 Gasp! No more charts on the display! What are we going to do! We’re not legal!

There you have it. This concludes our riveting series on using the Avidyne Entegra in a Cirrus.