The Cirrus factory, a mythical kingdom that a lucky few are able to enter and partake. Lo, I am here to say that, contrary to some, it is not a fairy tail conjured up by some rather imaginative pilots. No, it does exist in the bustling metropolis of Duluth, Minnesota. I was there recently for the Cirrus Standardized Instructor Program, training to become a CSIP. It was an exhilarating and exhausting experience, but I came out with everything in tact, thus able to be known from henceforth as an official CSIP. Here’s a little bit about my experience.

You have a few options on how to get to Duluth. The cheapest and possibly easiest would be flying into Minneapolis, renting a car, and driving two and a half hours to the shores of Lake Superior. I elected to fly into Duluth proper. You have two airlines that provide service to Duluth, Delta (which I recommend) and United. You have to go through Chicago with United and I believe Detroit if you are on Delta.

As far as where to stay, if you don’t plan on going many places besides the hotel and the airport, look for a hotel that offers an airport shuttle. You really don’t need a rental car. If you stay downtown, everything is within walking distance and the shuttles can take you to the airport and back. I stayed at the Radisson downtown, which I was very pleased with. They were very accommodating and my room offered great views of Lake Superior. They have a rotating restaurant on the top floor with tasty, but pricey, cuisine. There is also a business center on the first floor, plus a Pub at street level.

Downtown Duluth is pretty cool. It has what’s called a Sky Walk that connects a lot of the buildings to allow people to walk during the winter without getting frostbite. This opens up many restaurant options and some nifty little local coffee shops.

I spent a good amount of time studying the SR22 manual along with whatever information about the Garmin Perspective I could find. I feel the preparation I did beforehand made the training go much smoother than if I had just gone in cold turkey. So, I was ready for my first morning.

I took the hotel shuttle to the factory for my training. First walking into Cirrus, you are greeted by Mike, the very jovial and helpful front desk guy. He handed me a very official looking Cirrus badge and gave me the low down of the place. He answered any and all logistical questions I had, then promptly handed me a menu and asked what I wanted for lunch. Mmm, pizza. I was settling in already. 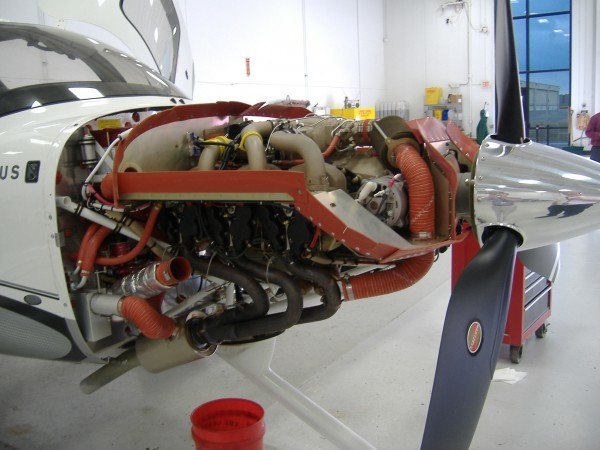 The training began at shortly after 8 each day. My instructor, Mark Egan, was fantastic. If you decide to go up to Cirrus for some factory training, request Mark if you can. He was extremely knowledgeable and was a fantastic teacher. The great thing about the ground training was that it was very much like a conversation between two pilots, not an instructor grilling a student. He was very thorough in his teaching and answered all my questions, clearing up some confusion I had about the Perspective system.

The overall feeling I got about Cirrus was mostly from Mark. His friendly personality and excellent teaching made me feel very comfortable and not nervous at all. He also showed me around the facility a little bit. On my tour, I was able to see a mockup of the Cirrus Vision Jet (anticipated release date: 3 years, I was informed). I was impressed with the VLJ. Unfortunately, I was unable to go over to the actual assembly building and tour it. 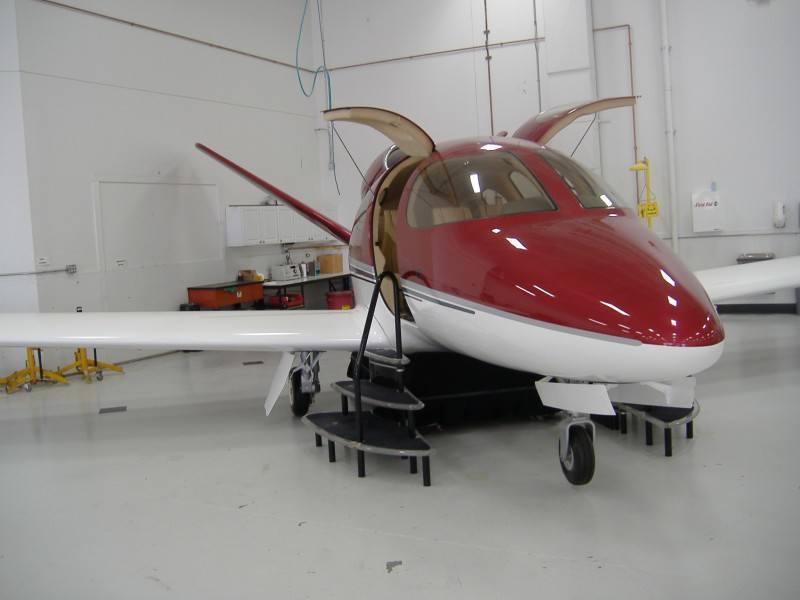 After some extensive ground discussions covering a lot of information on the Perspective, the performance charts, electrical systems and many other details, it was time to go fly.

Though I had read extensively about the Garmin Perspective (and flown a Garmin 1000 a lot), this was my first actual Perspective experience. My assumptions about it were correct. It is awesome. The Garmin Control Unit streamlines everything about the system, saving time and many turns of a knob. Not being used to it, I found myself at first wanting to use the FMS knob to input information into the system. After Mark corrected me a few times, I fell into the groove of using the GCU.

The flying consisted of a lot of instrument work, approaches, and failures. Having two AHRS and two ADC computers makes simulating failures a little bit more difficult. If you fail one of the computers, the system is so smart, it automatically reverts back to the second computer. This causes the instructor to have to go in and physically tell the system to use the failed computer.

The GFC 700 autopilot is worth every penny. By far, in GA aircraft, it is the best autopilot I have ever used. The way Garmin integrated it with the Perspective system is ingenious. Needless to say, I’m a fan. 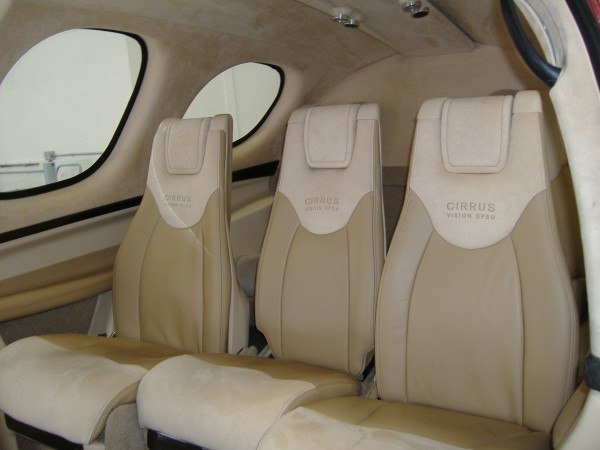 My Cirrus factory experience was top notch, overall. The best time to go would probably be sometime after March and before late September. I got lucky and we had very mild weather, but I don’t expect that to continue every year. I came for training and left feeling like a new member of the family. Here’s to you, Cirrus, for being great at what you do.