Last week, I discussed changing the type of fuel we’re burning in our engines in order to save some money. This week, I will discuss changing the type of engine entirely. Gasp. You mean not running a piston reciprocating engine in our general aviation aircraft? Precisely. (Unless otherwise noted, all information and quotes are from Justin Cunningham’s 2006 article, “Rotary Comes Around Again” featured in Professional Engineering magazine).

A company out of Geneva, Switzerland by the name of Mistral Engines is in the process of putting a 300 horsepower rotary engine on the aircraft engine market. Going to a rotary engine would “dramatically improve reliability and offer a superior power-to-weight ratio.” In a rotary engine, there is a significant decrease in the number of moving parts. A typical recip engine contains valves, camshafts, connecting rods, pistons, push rods, rocker arms, to name a few. A rotary doesn’t contain any of these. The simple concept is an “eccentric shaft” (instead of a crankshaft) that the rotor is attached to which rotates around, covering and uncovering the intake and exhaust ports, turning the eccentric shaft in the process. 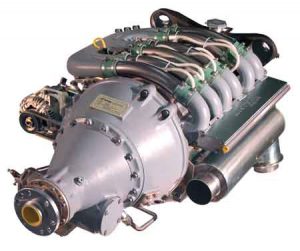 This would by far decrease the amount of wear and tear on the engine with so few moving parts. Mistral is in the process of getting their 300 horsepower engine certified by the FAA. According to their Mistral-Engines.com, the company states the goal of a 3,000 hour TBO, which with the rotary concept is totally feasible.

The other really handy thing about the Mistral Engine is the flexibility when it comes to fuel. Gordon Anderson, Mistral’s chief engineer, made the claim that with their rotary engine, fuel burn could be dropped by as much as 25% compared to conventional piston engines. In addition, Mistral took things a step further with options when considering fuel. Not only can the Mistral engine be run off of Avgas, but autogas can also be used. As all you heavy footed, land dwellers have learned, autogas is cheaper than Avgas. Yay for saving money!

Most new engine arrangements are equipped with Fully Automated Digital Engine Control (FADEC) and Mistral is no different. Because of this, Anderson claims that “You can switch between fuels, or mix them in any proportion, with no change to your engine or settings.” Mistrals are also liquid cooled, reducing the likelihood of shock cooling on descents, plus increasing engine life due to more even engine operating temperatures.

Well, I’m sold. How about you? Lets go load up that new Arrow we just bought with one of those fancy DeltaHawk’s or Mistral engines. Unfortunately, as previously stated, we’re still waiting on the FAA to get their act together and certify these things (though, at the time of this writing, according to their Mistral-Engines.com, the FAA was in the process of certificating the 300 HP G-300 engine with the expected completion to be sometime next year). When they do, we’ll all be going farther for less and enjoying the skies a whole lot more.

Until then, we’ll lean that mixture out just a little bit more and pull that throttle back a little farther on those descents, all in an effort to save a few coins on the Avgas in order to pay the auto gas bill, too. Am I the only one who picks airports based on their fuel costs? Those who don’t care about money pick based on FBOs or the fanciness of the crew cars. Me? I’d rather have Waynette and her few remaining teeth tell me how to get to the local burger joint while giving me a wink on the way out if that saves me money on my fuel bill. As long as I don’t catch something in the ground beef, it was well worth the trip.