The Soup Isn’t So Scary

What private pilot has not looked up on a cloudy day and asked himself, “Am I missing something?” The answer to that is a very simple and very loud YES! There is a whole new world up there in the clouds just waiting for all pilots to experience.

Now, instrument flying is not for everyone. Some older pilots who start flying later in life who have a hard time keeping up in VFR should steer clear of IFR. There is a heavier workload in the approach environment that can weigh pretty heavy at times. Having an instrument rating and going through the training definitely makes you a better pilot, but some people just are not meant to be in the clouds.

For everybody else, welcome to the world of white.

Advantages of Being Instrument Rated

Flying by reference to instruments is a challenge that, once mastered, can be one of the ultimate pleasures in flying. Whenever a private pilot is in the pattern and, all of a sudden, another pilot comes over the radio with a snappy tone: “November Eight Bravo Bravo, visual, 23,” doesn’t envy pour into the blood?

Being able to fly IFR has numerous advantages. One is the ease of planning. When working on a VFR cross country, once he figures out where he is going, a pilot has to break out his plotter, mark the course, possibly change sectionals, pick out check points, figure out the headings, do some E6B calculations, and then some. When planning an IFR cross country, victor airways are already outlined on the low en-route chart, so all the pilot has to do is figure out which one to use. The best part is, the headings on the charts already take magnetic variation into account! Plus, a GPS direct clearance makes everyone’s job easier.

Another advantage is the priority received when flying IFR. Even if a pilot is in an old 172 blasting through a low cloud layer on an approach, usually he receives priority over VFR traffic in the pattern or someone desiring to take off. It is a pretty cool feeling to hear tower tell a Citation to hold for an N model Skyhawk cruising at 87 knots indicated (that noise you hear are the curses uttered by all corporate pilots reading this).

The phrase “single pilot resource management” is being used a lot these days (SRM for short). Probably one of the biggest advantages of getting an instrument rating is the SRM enhancement for a pilot. For those unfamiliar with the term, SRM is the pilot’s ability to properly utilize any and all resources available in any given situation to produce a safe outcome. While VFR pilots get an introduction to the different resources available in aviation, IFR pilots receive deeper instruction and have a broader knowledge base on how to utilize those resources.

Speaking of SRM, the G1000 is an excellent resource available to IFR pilots, especially once proficiency is achieved with the system. The GPS has the ability to track victor airways (though the VOR should always be set as a backup). All the airways in the US are actually loaded into the system.

The airport information chapter cannot be matched except with an actual Airport/Facility Directory (note: the G1000 is never ever a substitute for the A/FD. The A/FD has much more information). There are VOR frequencies, Flight Service Station frequencies, and even NDB frequencies, if the airplane is equipped.

The giant moving map cannot be beat, either. It is nigh unto impossible to get lost with it displayed on the MFD. Plus, the nearest airport information chapter is pretty handy in a diversion when time is of the essence.

As I said at the beginning, instrument flying is not for everyone. If you think you might like it, go ask your local flight school for an IFR discovery flight and see what you think. You may fly in love all over again. 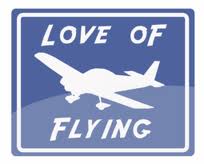